The new centrality and strategic importance assumed by the Indian Ocean have unquestionably created competition based upon economic development and investment in infrastructure. This challenge, launched by the major powers of the area, has also been taken up by much smaller actors such as Oman, favoured by its geographic position that aims at increasing, in the immediate future, its influence and self-assertion in a strategic area of the first order.

The country, with just over four million inhabitants, aims, in coming decades, at playing a decisive role as a commercial hub between India and the Middle East, facilitated of course  by its desirable geographic position straddling different, and in some cases, contrasting  worlds. The history itself of the country makes it a natural bridge between the different souls of Islam and the different ethnic groups of the area. The only state to be neither Sunni nor Shiite, Oman has within itself a clear Ibadi majority, an Islamic denomination descended from the Kharijites (despite the denial of this by the Ibadi themselves), that broke away from the two main branches of Islam during the VII century. 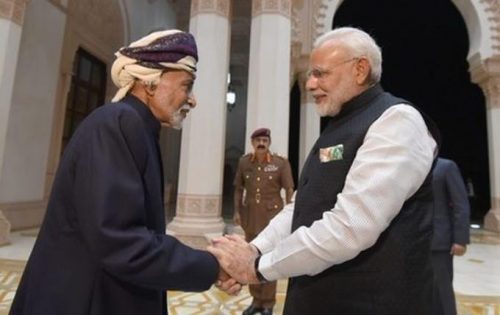 Its following of this cult, substantially opposed to violence and especially tolerant towards other faiths, even allowing mixed marriages with people of different religions, has constituted a perfect cultural hinterland for a nation that more than once has shown its willingness to act as mediator between the powers of the region, representing an objective factor of stability in the troubled Middle East. Furthermore, this has allowed it to take an equidistant position relative to the polarisation of the states of the area between Ryad and Teheran, and in this way to gain considerable consideration by all the international actors that pursue stabilizing solutions in that quadrant. Moreover, the country is following a policy of diversifying the economy through the development plan Oman’s National Programme for Enhancing Economic Diversification intended to guard the country against over dependence on oil. This plan, entrusted to Omani and international experts, is meant to develop the tourist, industrial and logistics sectors, also foreseeing the creation of two areas of special taxation, together with incentives for the labour and employment market. 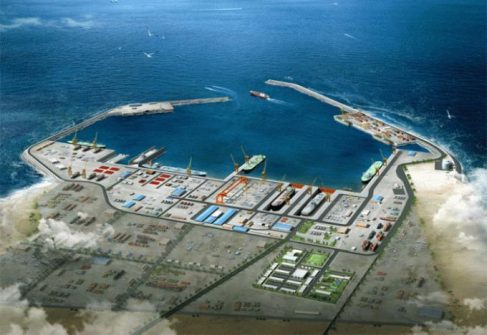 The jewel in the crown of this gigantic project is, however, the construction of the port of Duqm, a coastal village located about 550 km south of Muscat. The population has increased from 3,000 people in 2013, then mostly engaged in fishing, to 27,000 today and it is expected to reach 100,000 by 2022. This may not be a huge number in real terms but, considering how much Duqm has grown in just a decade, it is indeed impressive. The budget for Duqm over the five-year period 2015-2018 will amount to around 87 billion dollars: apart from the port, an international airport and an oil refinery capable of processing 230,000 barrels of crude oil per day will be built. Alongside the government investments, private sources will also play an important part, already providing 750 million dollars. Also worthy of mention are the creation of the Al-Soud International School and the planned construction by a consortium of German companies of a 1,000 watt solar energy station which, once built, will be the biggest in the world. One of the more ambitious plans of Oman is to look to renewable energy sources with a target, by 2030, of providing 25% of Oman’s energy needs.Nevertheless, the importance of Duqm is not only economic. Together with Sohar and Salalah (in the north and south of the country respectively), it is one of the three port structures outside the Straits of Hormuz on which Oman can rely (apart from the capital, obviously), in terms of proximity to the Persian Gulf. 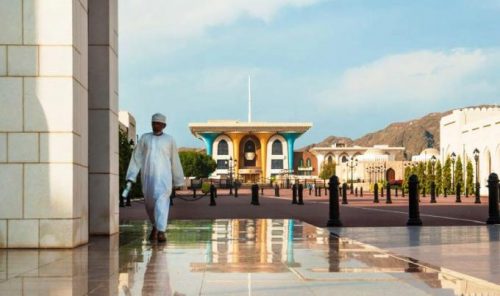 This location allows Muscat to offer to the world secure commercial bases that are immune from the tensions of the Gulf, without, at the same time, losing any of the precious opportunities provided by its geographical proximity. This enviable consideration is such that some analysts have come to speculate on the possibility of the US Navy moving to Oman ports.If one considers the crucial role played by Aden in Yemen in the XIX century, due to its importance for the British Empire, and that of Singapore in the last thirty years of the XX century and the start of the XXI, as a fundamental base for the US naval military forces in pursuing its economic interests in the Orient, it may well be that, today, Duqm may assume notable importance in the new geo-political context.