A project that tries to return street children to their families. Stories that seem to come from the Gospel.

It is early morning but the sun is already hot. The streets of Kinshasa are already full of people. The large number of youngsters wandering about is striking. “The street is their home, their family”, Kasongo, a lottery ticket seller on the street corner, tells us.
UNICEF estimates between 25 and 30 thousand children are living on the streets of Kinshasa, out of the population of eleven million inhabitants of the capital city of the Democratic Republic of Congo. 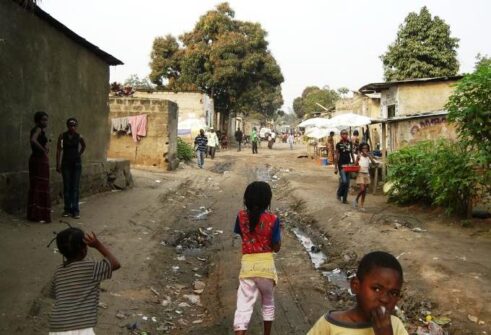 However, most of them are not orphans. They have fled or were driven from their homes as their families were unable to feed them. In more dramatic cases, they were accused of witchcraft, under the influence of the numerous exorcist preachers in the shanty towns. The children suffer horrifying violence during police searches and, with increasing frequency, from the local communities which, exasperated by poverty, see the street children merely as a criminal phenomenon.
Tabby is ten years old, though he is not quite sure of that. His family lives in the Kasa-Vubu quarter to the north of Kinshasa. “Two years ago, I fled from my home because the man who lives with my mother beat me every day. We had nothing to eat and so I came to the Centre City where I can always find something good to eat among the rubbish”. With him is Chilemba, who is twelve years old. “I am from Goma in the north of the country. I came together with my family five years ago. We fled because of the war. First, we stayed with an uncle of my mother but things did not work out and one day we found our things on the street. I didn’t want to be a burden on my family. I got to know Tabby and I came to live with him”. The two boys spend their nights behind a shoe shop. 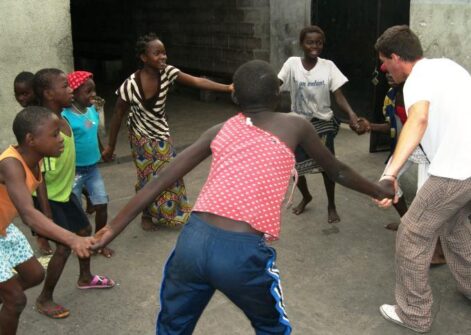 “My name is  Ilenda. I am thirteen years old and I have been living on the streets for three years”, this bright-eyed little girl tells us. She continues: “I went to school for some time but my parents were too poor to send all five of us children to school, so I had to give it up. That is how I started living on the streets with other boys and girls like me”.
On the streets there are strict rules: every street child must have a companion. Ilenda says: “ In our group, the worst problem is stealing. Every day, we girls are in danger of violence. Unfortunately, I have not succeeded in avoiding this danger …”.

Our home
In Kinshasa, an ecumenical Catholic community has been in existence since 2004: the Chemin Neuf, that runs a project for street children called Ndako ya biso – which means ‘Our House’ in Lingala – and which has enabled 2,500 street children to return to their original families.
We met Jean-Pierre Godding, a Belgian lawyer and sociologist who is in charge of the project. He tells us: “That which distinguishes Ndako ya biso from other shelters for children is the aim of the project: not so much to provide the children with a place to live as to help them reintegrate with their original families”.
” We therefore meet them, accompany them, and trace their families. It is also necessary – Jean-Pierre Godding tells us – to go through a process of reconciliation with the families. It is clear that poverty and even abuse have played a part in their leaving home. We never tire of repeating: a child’s place is in a family and not on the street”. 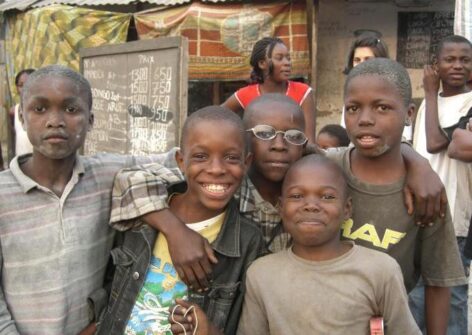 Jean-Pierre is aware that the more time the children spend on the streets, the more difficult it is to recuperate them and the more likely they are to become drug addicts.
Regarding drugs, almost 75% of the children are drug users of one sort or another. The project head continues: “What attracted our attention most was the consumption of glue – mixed with petrol or lacquer. Many of them go around with a small bottle in hand: this is the glue that they inhale throughout the day, girls and boys, all together. When we ask them why they sniff glue, they mostly say it helps them to be more lucid, to stop thinking of the shame of being beggars or to get the strength to work or endure the bad weather. As for the girls, they sniff glue so as to be able to accept a man, no matter who or how old. Glue sniffing is addictive and brings all the problems of other drugs: the inability to control their use, the tendency to look for stronger substances, harm to the brain and neurotransmitters”. 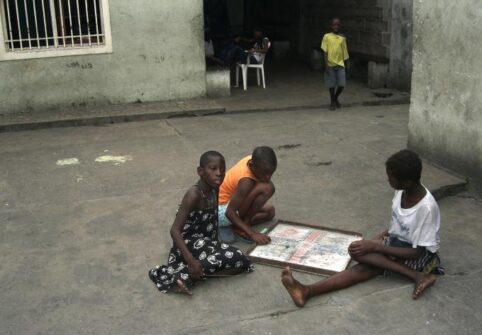 In recent months, the Coronavirus pandemic has created further emergency situations in the welcoming community. Jean-Pierre Godding comments: “Because of Covid-19, we had to close the centre for boys which is usually open. We have had fifteen boys permanently with us since the start of the epidemic. On the other hand, the centre for girls, which now has twenty, is usually closed so as to further protect the girls who are more frequently subject to violence than the boys. We have had to stop receiving street children and we would like to start doing so again as soon as possible”.
Despite so many difficulties, Jean-Pierre Godding believes in these boys and girls. He speaks of one of them: “Jeancy, 16 years old, who ran away from home after stealing some money that his father was saving up each month so that his son could continue going to school. After being received by Ndako Ya Biso, Jeancy was finally convinced he should return to his father who had been looking for him desperately for months. I think also of Asnate, a small girl of sixteen. She lost both her parents and went to live with her maternal grandmother who could not afford to keep her or her little sister. Very soon, Asnate found herself on the streets where she immediately became a victim of much violence. One day she came to Ndako Ya Biso. She was immediately given counselling and her grandmother received help to start a small business. She is now able to look after both her nieces. 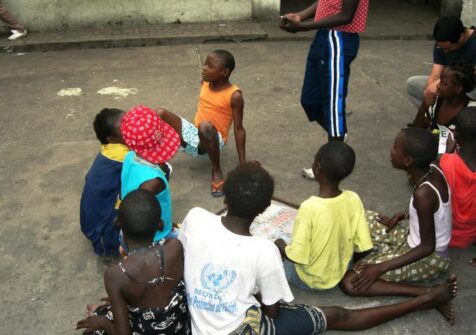 Lastly, there is Bénédicte, a little girl of ten who suffers from epilepsy. As her mother said, ‘Many thanks to Ndako Ya Biso: when I was worn out and had lost all hope, a light appeared’. Trying to help her niece, her grandmother spent a lot of money on cures, taking her to traditional healers and churches who promised miraculous cures. One day, tired of such a life, Bénédicte decided to leave the place where she was being kept. She was taken in by Ndako Ya Biso where she was examined by an expert in epilepsy. Her condition improved and Bénédicte finally succeeded in going back to her grandmother who, having received some help from us, managed to start a small business”.
Jean-Pierre Godding concluded by saying: “All of these and many others, are the stories we come across all the time at Ndako Ya Biso. They are stories that sound as though they were parables taken from the Gospel, stories full of hope, and this is what we must give to these boys and girls of the streets”.