The Mossi are the most numerous ethnic group in Burkina Faso with 6.2 million members making up 40% of the population. Mossi wisdom notes.

For the Mossi, wisdom consists in respecting traditional practices and customs. ‘If you go to a village and find everyone walking heads down, do the same yourself ‘, and do not ask why: customs must be respected without question. For example, before digging a well, ask yourself if you should begin it on a Saturday or rather wait until Monday: you will avoid something bad happening to those working on it. No matter what happens, never begin on a Friday: that would end in failure. Children born on that day are always very ‘hard-headed’, perhaps because they are thought to be so and treated as such right from infancy, they become so, even if they are not born that way. 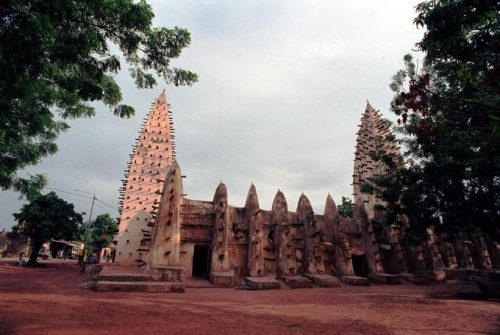 On the other hand, it is easy to find a girl to marry among those born on a Friday as the father will give her to the first suitor just to get rid of her. Consequently, even the poorest man is able to pay a dowry and set up house. Wisdom consists in creating equilibrium and preserving harmony between the various powers that make up society. Besides, ‘if everyone had the same intelligence, it would be impossible to establish a village’. We might have many chiefs and philosophers but no one able to build a hut.Instead, God gives each one particular gifts and intelligence proportional to the task he must perform. In this way, the activities of society become diversified: ‘If everyone were to weave baskets, there would be no one to buy them’. This is for the good of all: as the proverb says, ‘When they are all in agreement, the ants can carry an elephant’.

Wisdom also consists in recognising that, in this plurality of functions, the chiefs have a privileged place because ‘when the water reaches the hill, it has reached its limit’. Therefore, you should never oppose them or it will cost you dearly: ‘Betrayed by the darkness, the hyena grasped a lion: he can neither release it and flee or kill it. It ends up like the python that swallowed a porcupine’. 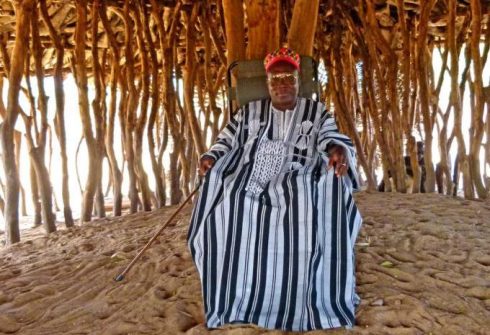 For the chiefs, wisdom requires that they be careful and not demand too much from their subjects. ‘You can teach a dog to sit but not to close its eyes’. The powerful must therefore consider the weak, never forgetting that they too have some power.’One day, the beasts of the forests gathered around the lion to see if the strong were really able to overcome the weak. The sparrow hawk jumped up and, having caught a chameleon, it carried it high up in the sky. They all exclaimed: “It is true. The strong always win”. However, the female chameleon asked everyone to wait before jumping to conclusions. Meanwhile, up in the sky a struggle to the death was taking place: the hawk was trying to eat the chameleon and the chameleon was trying to insert its tail into the hawk’s nose. It succeeded. The hawk suffocated and fell to the ground dead while the chameleon went home cheerfully’. Popular wisdom also tells why the great and powerful cannot always do what they want: ‘If God does not kill, the chief does not kill. There are many chiefs but only one God, and we all depend on Him’. 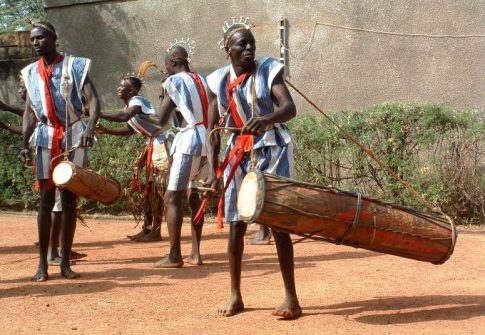 ‘A vulture was concentrating on his stomach: he had spent three whole days without even the smallest morsel of carrion to eat and now he was wondering what to do. And so he began to pray. A hawk was flying by and asked him what he was doing. “I am praying to God to let me have some food”, said the vulture. The hawk answered: “You really are a fool! In this world we have to trust in our own resources, not in God! Do you see that partridge there on the rock? Watch me”. And he swooped on the partridge but the partridge spotted the shadow of the hawk and moved away at the last instant. The hawk was broken to pieces against the rock. The vulture thanked God for the food and happily began to eat’. Finally, wisdom means reconciling honesty – ‘To tell the truth and go to bed hungry is better than telling tales and eating’ – with the ability to compromise, ‘The little peacocks hide their intelligence and follow the hen, so as to get some food (the Mossi use hens to hatch the peacock eggs).

Real wisdom, in brief, is the ability to read the events of life, discover the forces at work in them and draw useful conclusions for one’s behaviour. ‘A certain man had spent the whole night meditating after which he left his house and started walking. Soon, at the edge of the road he saw a glittering stone. He kicked it away but it came back to its place. “God Almighty”, exclaimed the traveller. Then the stone retorted: “That’s nothing! Keep walking and you will see!”. 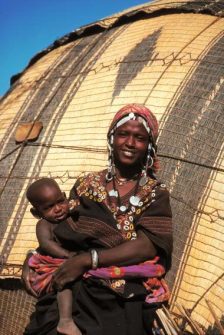 The man continued his journey and, on the savannah, he met a walga (small gazelle) with twelve arrows stuck in its body, seemingly without doing it any harm. “God Almighty”, the man exclaimed. “That’s nothing”, replied the walga, “continue your journey and you will see”. There, a little further on, was a yaka (a large gazelle) killed by a single arrow. “How come?” the traveller asked himself. “A large gazelle killed by a single arrow and a small gazelle still able to prance around with twelve arrows in it!”. “That’s nothing!” said the yaka, “continue your journey and you will see!”. As he reached a plain well irrigated with flowing water, he saw an ox that was lean and skinny and hardly able to stand. “God almighty!”, he exclaimed. “Even with all that grass and water, why is the ox in such a state?!” The ox replied: “Continue your journey and you will see something even more surprising!”.
There in front of our traveller was a desert and in it was a fine fat ox. “First there was the lean ox and now a fat one with not a blade of grass in sight!” he thought. “Don’t be so surprised”, said the ox, “continue your journey and you will see”. “Then our friend entered a strange village where a group of children were playing with an old man. “God almighty!”, he exclaimed, seeing such a strange thing. But the old man told him to sit in the shade, to be quiet and wait until the games were finished. 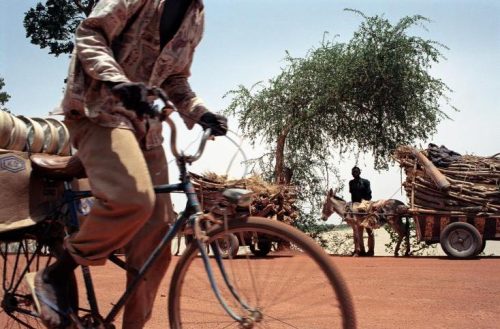 At midday, the children stopped their playing and prepared to have a meal. The old man then invited them to share their food with the traveller. They were so many and so generous that soon he had a large plate of polenta before him. The water was also shared with him and our friend ate and drank to his heart’s content. When the meal was over, the old man approached him and explained the meaning of the wonders he had seen. “The stone is nothing more than some strange fact all chatterboxes are interested in. It goes here and there but then comes back to its place. The small gazelle is a stubborn child: he misbehaves in all sorts of ways but waits for the twelfth heavy blow to punish it. The large gazelle is the stranger: one small error and he is lost. The lean ox in the green grass represents the munatika, the braggart who spends his time telling tall stories: nobody trusts him and so he ends his life in misery. The fat ox represents a young man: everywhere he attracts people’s gaze and he is always thriving. As to myself, as you see, I live in a village where all the elders and adults are dead. What can I do but share my life with the children and play with them? I use the situation to instruct them and guide them towards the good. Have you seen how they welcomed you? They have learned to deprive themselves of some of their share to give it to you”. “Yes”, our friend thought, “continue your journey and you will understand!” (L.M.)