The Comboni Missionary Sisters celebrate the 150th year since their foundation. A year to recall the original vision received from the legacy of St. Daniel Comboni

This year, 2022, is a Jubilee Year for us Comboni Missionary Sisters spread out in many countries of the world. Indeed, a time of great rejoicing for the gift of 150 years lived in the footsteps of our Founder, St Daniel Comboni, across Continents, Cultures and Communities. 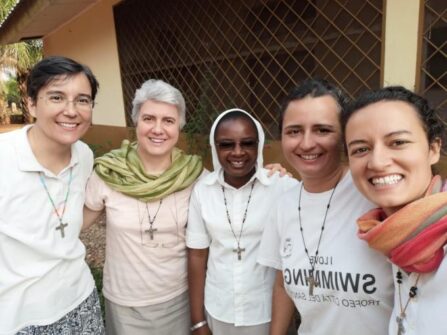 A Jubilee Year has in itself the potential to create a significant impact on anyone who recognizes the importance of holistic transformation in any given reality. The young apostolic missionary Daniel Comboni had envisaged this process as foundational for the immense Vicariate of Central Africa to reach the fullness of life, both at the ecclesial and societal level. This is what we, as Comboni Missionary Sisters, are also aiming at during the course of this Jubilee Year. There are many ideas, initiatives and events programmed at the various Congregational levels. Through these few lines, I would like to share some perceptions about the significance of our journey.

The original vision
The Missionary Movement of the 19th Century had brought new vigour to the Catholic Church in Europe, and many religious missionary groups started in different European countries with the aim of sharing the Good News of the Gospel with people still unfamiliar with the life of Jesus. 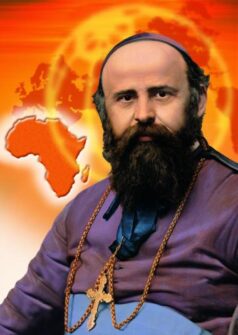 Born on 15th March 1831, on the shores of Lake Garda, in Northern Italy, into a family which knew unity, necessity and limitations, Daniel grew with the desire to aim at greater-than-reality horizons. The encounter, in 1843, with Father Nicola Mazza, a priest in the Diocese of Verona, a holy and intelligent man, capable of positively influencing the course of history for the impoverished masses of his time, marked forever the heart and mind of young Daniel.
Comboni was a young priest when, at the end of 1857, he first travelled to the Sudan. Son, as he was, of the society and of the church of his time, he brought along the journey of his first encounter with Africa a tremendous desire to share with the Mother of Humanity Continent all that had shaped his religious and social worldview. Faith and family, tradition and education, history and culture intermingled with the political, ecclesial and cultural backstage characterizing the 19th Century and in which Daniel learned to give his unique contribution.
With the enthusiasm that sustains the efforts of pioneers along the unknown paths of discovery, Daniel understood that his vocation to missionary life led him to the immense Vicariate of Central Africa. “Africa or Death” became his motto, and, for the realization of his dream Daniel lived and spent his entire life.

A New Moses for Africa
Whenever I search for hints regarding what was so unique about Comboni’s missionary experience, I cannot but come up with the certainty that he was been caught up in the same unique experience felt by Moses in front of the burning bush. Just as Moses fell right into the embrace of the engaging love that Yahweh had for the suffering people of Israel, the same happened for this new Moses in the heart of Africa. Again, the same words: “I have heard the cry of my people… I am sending you to them. Go!” 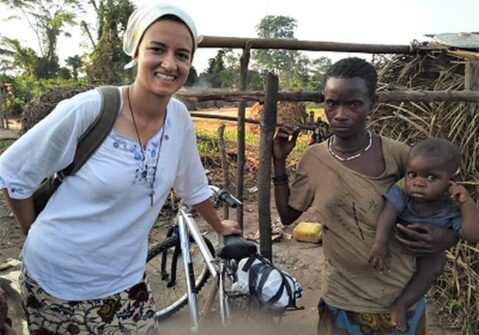 What a fortunate man Comboni was! And what a powerful experience he was granted: that of falling right into the loving embrace that God was sharing with suffering Africa! It is in this very experience that the mystical dimension of his vocation found its roots. Once he perceived that the heart of God was suffering for the pain the people suffered, then there could be no obstacle for this courageous missionary to say yes to God and to Africa forever.
Daniel Comboni invested all his human capacity to bring about the mission God had entrusted to him. Tirelessly he travelled, wrote, defended, supported, and fostered the cause of the Black Pearl to shine in the Crown of the Church! Strongly believing that the Hour of Africa had finally dawned not only on the Continent but also for the entire world to see, he saw as imperative the presence of consecrated women for the fulfilment of this endeavour.

Women of the Gospel forever
On 1 January 1872, in Verona, Daniel Comboni officially founded our community. He was not new at working with religious women. In fact, for some twelve years, the Congregation of the Sisters of St. Joseph of the Apparition, whom he had first met in the Holy Land, sustained his missionary vision both in Egypt and in the Sudan. Much earlier on, in Verona, he had learned from the group of young African women teachers living at the Mazza’s institute the essential role that women would play in the evangelizing endeavour of the Church. 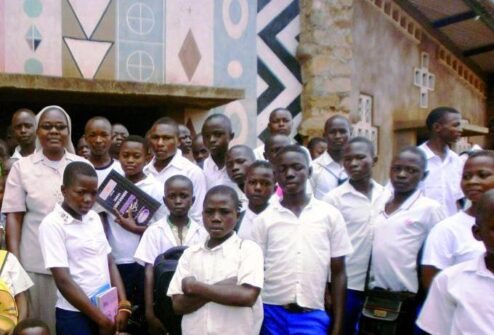 When the situation forced him to become a founder, Comboni named us Pie Madri della Nigrizia (Pious Mothers of Africa). Wow, what a presentation card! Immediately, the ‘mystery of pietas’ – about which even the apostle Paul wrote in his First Letter to Timothy (3:16) – made a clear demarcation line for our missionary identity to unfold. Yes, we were to be those mothers filled with the very pietas that poured out from the heart of God towards the millions of sons and daughters of Africa! Inside and outside the Continent!
150 years have gone by since the founding days. The seeds and roots of the beginnings have grown into a tree. From the small group of five, whom he first travelled with from Italy to Egypt, to something over a thousand, living today in 145 multicultural and multigenerational communities, the Pie Madri della Nigrizia – now more known as Comboni Missionary Sisters – continue striving to witness God’s mercy-full presence in a world that keeps marginalizing and impoverishing people. To remind everyone that God always hears their cry, and always comes to their rescue.