A small community in an Islamic world. Witness and service
to the poorest.

“The contribution which the small Christian community can make to pacification and the reconstruction of this country is limited, but the signs of its presence in this land are, in their poverty, still meaningful: the service of the poorest of the poor; assistance to the most needy and the education of children”, says Father Giovanni Scalese, a Barnabite priest and head of the Missio sui iuris in Afghanistan. 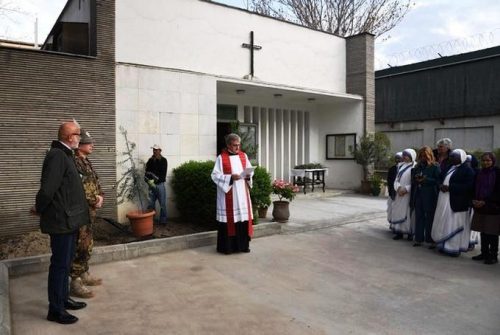 On Palm Sunday, in front of the Catholic chapel at the Italian Embassy in Kabul, Father Scalese chose to plant an olive tree from the Holy Land. “Let this olive tree be the proclamation of the end of a dark period and the beginning of a bright era in the history of Afghanistan. For this we have named it the Olive Tree of Peace”, Father Scalese prayed.
Returning to his hopes for “the beginning of a better future for Afghanistan”, Fr. Scalese emphasised that: “This desire is still there, alive and well. We know we do not yet have peace in Afghanistan but, at least the process of change, with reasonable hope of success, has begun This does not mean it will be easy. In effect, we are very concerned about the future. Obviously, when negotiations start, each side must understand the points of view of the others and be prepared to compromise to a degree”.There has been one concrete result from the peace talks that began in Doha last April. It does not consist only in the fact that the Taliban have agreed to talk to Kabul, but also in the fact that this partially legitimised the government of Ashraf Ghani, something which, up to recently, would have been impossible. It represents an important step forward. 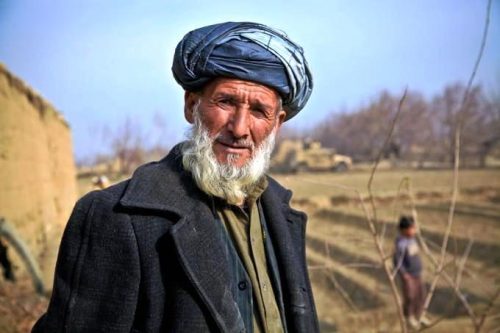 Father Scalese comments: “Even if, the Taliban have already said they will not accept the present constitution, imposed from without, and that they want an Islamic constitution instead, I nevertheless do not believe we can expect a return to the pre-2001 situation as if these past 18 years had been in vain. Many young Afghans who never knew the Taliban regime have grown up with a different lifestyle; would they be willing to abandon it? Of course, nothing in this world is impossible but it would seem to me very unlikely that such achievements as the rights of women, for example, will again be questioned”. It is significant that both delegations have women members.

A land of legends
Afghanistan is a land of legends and a bridge between the Middle East and Asia, a land where Islam is the official religion but with Jewish, Hindu and Buddhist minorities scattered throughout the country. Tradition even tells us that the apostle Thomas passed through it and that, in the early centuries of the Church (in 334) it had, for example, an episcopal see at Merv in Central Asia. 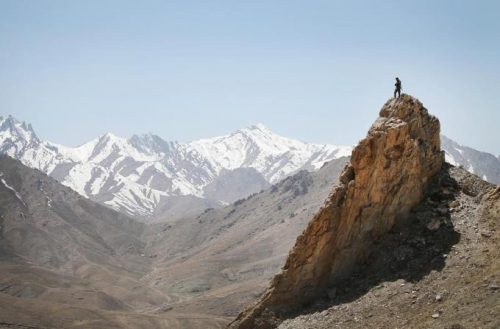 Legend also has Afghanistan as the native land of the Magi.  However, for more than 1300 years, Christianity never again set foot in those latitudes, until in 1921, when King Amanullah, to please the western diplomats present in that country and who were asking for Catholic religious assistance, contacted first of all the Italian government which was among the first to recognise the independence of Afghanistan, and then the Holy See. A contract was signed, still in force until this day, between the Vatican and the governments of Italy and Afghanistan which allowed for a single priest to be sent, with two conditions: the avoidance of any form of proselytism and the construction of a chapel within the Italian diplomatic seat.
In 1931, Pius XI assigned the mission in Afghanistan to the Barnabite Fathers. It was Christmas night of 1932 when Father Egidio Caspano and Ernesto Cagnacci (incognito), after a long journey from Europe to central Asia, through the Khyber Pass, arrived in Afghanistan. Father Caspano, the pioneer of the mission (1933-1953), was succeeded by Fr Giovanni Bernasconi (1953-1957). He was followed by Fr Raffaele Nannetti (1957-1965) and by Fr Angelo Panigati (1965-1990). More recently, in the early nineties, the post was occupied by Father Giuseppe Moretti and, from January 2015, by Fr. Giovanni Scalese.
These priests were able to adapt to a situation in continual change, earning the respect not only of the population but also of the governments and even of the Taliban. The work of the Barnabites turned out to be extremely varied in the Afghan capital: they managed schools, took charge of the liturgy (on 18 December, 1960, the first church in Afghanistan for thirteen centuries was officially inaugurated). In the sixties and seventies they had the dolorous task of assisting those westerners who sought an artificial paradise in the land of opium: they had the unwelcome duty of informing parents and families of the deaths of their dear ones in that foreign land due to the misuse of various drugs. Many famous Church personalities visited those regions: Father René Voillaume, Founder of the Little Brothers of Charles de Foucauld, who arrived there incognito in the fifties, to see if he should open a house for his congregation there. It would not be him but Sister Madeleine who, in 1955, would reach Kabul and obtain permission to send four Little Sisters – still present – to serve the poor and the forgotten. The Missionaries of Charity of Mother Teresa, would dedicate themselves to that same task in 2006, when, with permission from the Islamic government, they established their Congregation there for the service of the poorest. It was Pope John Paul II who entrusted the mission, set up sui iuris, to Father Moretti. Having been in Afghanistan since the sixties, Father Moretti took up permanent residence in Kabul after 1985, living under the dictatorship of the Soviet regime and that of the Mujahidin.

One Church
The church is located inside the Italian embassy. It is a small white building, twenty metres long and dedicated to Our Lady of Divine Providence with its two paintings by Ulisse Salvini (The Annunciation and the Baptism of John) and a modern fresco depicting Saint Catherine and Saint Francis, and a crucifix on the wall above the altar. 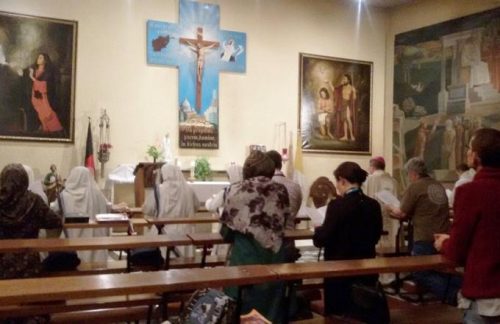 The church within the embassy of Italy is still the only officially recognised place of Christian worship in the whole of Afghanistan. The church has been through some difficult times: from the seventies, a time of peace, when Afghanistan was a popular international tourist destination when mass was said in four languages (French, Spanish, English and German), up to the turbulence of the Soviet invasion when communism was openly hostile and many foreigners left the country. In the early nineties the Italian embassy was closed but Father Giuseppe Moretti, nevertheless, decided to remain. The Taliban never did anything against the church and also respected the three Sisters who were helping Father Moretti, even after the American attack in 2001. 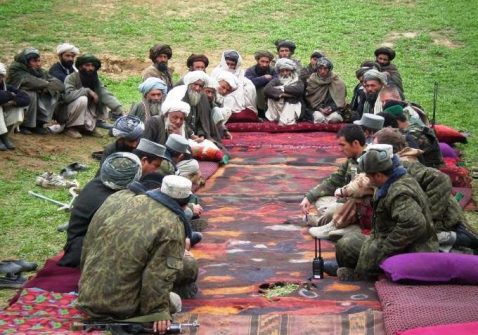 Besides the parish of the Italian embassy and the military chaplaincies in Afghan territory, there are also some Sisters working with the Kabul children and the Sisters of Mother Teresa of Calcutta. Up to 2016, the Little Sisters of Charles De Foucauld were also coming to the capital. The Indian Jesuits of the Jesuit Refugee Service are involved in social and educational work and there are also other organisations inspired by Christian values.
The three religious communities present in the country: the Jesuits, the Sisters of Mother Teresa and an inter-congregational community, remain alongside the people. The Jesuits work in education. The Sisters of Mother Teresa run an orphanage for abandoned children and assist about a hundred needy families. The Pro Kabul Children Community runs a small establishment for children with psychological disabilities, to prepare them for ordinary school. “These are small but meaningful signs – Father Scalese says – of the presence of the Church in this reality”.
“Tradition tells us that one of the Magi was actually from Afghanistan and was, perhaps, a Zoroastrian. Here in Kabul we have always hoped that that bright star might once again shine in the heavens above this splendid nation, once again at peace”, Father Scalese concludes.(Open Photo: Cheap Ski Gear – Mens
https://www.cheapsnowgear.com/collections/mens-ski-wear-sale