Illegal logging and deforestation for agriculture and livestock activities are destroying the Bosawás Biosphere Reserve.

The Bosawas Biosphere Reserve in north-eastern Nicaragua, the largest forest reserve in Central America, covers an area of 2,420,000 hectares and constitutes a key element in the Mesoamerican biological corridor connecting protected areas of Belize, Costa Rica, Salvador, Guatemala, Honduras, Mexico, Nicaragua and Panama. It is also the largest rainforest in America, after the Amazon. The Bosawas National Natural Resource Reserve, whose name comes from the first letters of the Bocay River, Cerro Saslaya and Río Waspuk, was created in 1991. Subsequently, in 1997, the United Nations Education, Science, and Culture Commission (UNESCO) declared Bosawas a World Biosphere Reserve. 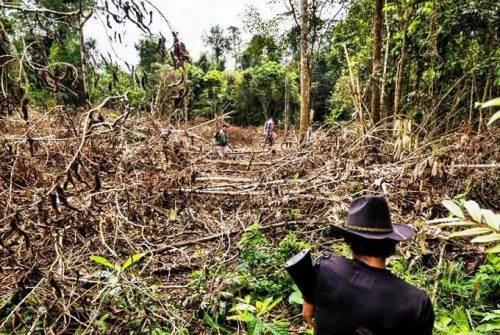 But this protected area, inhabited by the indigenous Miskito and Mayangna groups, is at risk. According to the Humboldt Environmental Centre, in 1984, Bosawas had 1.6 million hectares of forest composed of broadleaf trees; from 1984 to 2010 almost 600,000 hectares of the reserve were cleared and replaced with ranch lands and farms. Another 92,000 were cleared, between 2012 and 2017, for the production of basic grains and livestock. The deforestation is driven by an intense internal migration of people from the Pacific coast and the central area of the country looking for fertile land and space. Furthermore, its location, on the border with Honduras, makes this protected area particularly vulnerable to illegal logging. 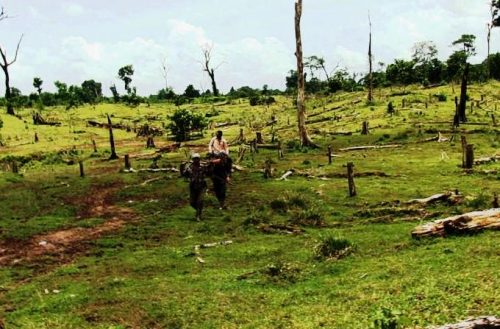 At the end of last year, army troops seized 6,527 logs of wood that was cut in the Bosawas reserve. In 2014, authorities seized 1.400 m³ of wood extracted illegally, still, from Bosawas. According to the National Institute of Forestry (INAFOR), the wood seized was only a small part compared to the amount that was extracted in the reserve. Most of the wood, whose destination are the Asian markets, is smuggled to Honduras through the border ‘blind spots’.
According to the U.S. organization InSight Crime, ‘The illegal timber trade in Nicaragua has become a major problem in recent years. The export of granadilla – a precious wood used to make musical instruments and furniture – increased to US$6 million from $100.000, between 2008 and 2011. In 2012, authorities seized more than 1.300 m³ of granadilla’.

China’s voracious demand for wood drives illegal logging and favours the activity  of ‘mafias that operate with the help of corrupted officials and carriers in Nicaragua, like in other Latin American countries’, according to InSight Crime. ‘Honduras is the main destination of much of the wood coming from Nicaragua. More recently, Honduran armed groups have crossed into Nicaragua to chop down the precious wood’.
The  report: ‘Green Carbon, Black Trade: Illegal Logging, Tax Fraud and Laundering in the Worlds Tropical Forests. A Rapid Response Assessment’, released by INTERPOL and the UN Environment Programme (UNEP) in 2012, estimated that the total illegitimate global timber trade is worth between $30 and $100 billion annually. 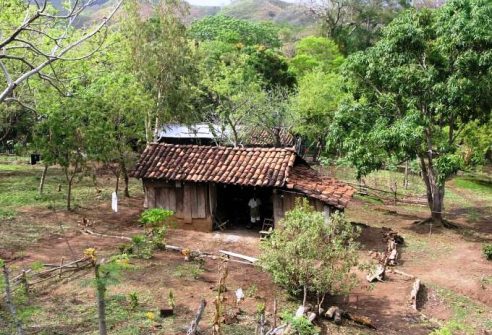 The 2012 UNEP-INTERPOL report also contends that, ‘Illegal logging is not on the decline, rather it is becoming more advanced as cartels become better organized. Illegal logging accounts for between 15% and 30% of global timber trade… unless national authorities and law enforcement agencies develop responses commensurate with the scale and the complexity of the problem, the crimes of a minority can endanger not only the development of the majority, but also the innovative initiatives that are being implemented to reward those countries and communities that promote ecosystem services aimed at improving forest areas’.
In May 2017, some indigenous leaders in Nicaragua said that loggers offer weapons to their communities in exchange for illegally logging forests in their territory. “They say, ‘you have problems, give me 1,500 cubic meters of wood. We are going to facilitate weapons to you so you can fight against the colonists’”, Hilario Thompson, a representative of the indigenous party Yatama, said. The ‘colonists’ refers to people who occupy indigenous lands without permission.
According to data from Global Forest Watch, the Bosawás Biosphere Reserve lost about 6.5 percent of its tree cover between 2001 and 2014, mostly concentrated in the south.
UNESCO has expressed concern about the accelerated deforestation in Bosawas. Kathleen Rogers, President of the American organization Earth Day Network, has explained the importance of this biosphere reserve for the maintenance of stable climatic conditions throughout Nicaragua. “Tropical rain forests, being the most abundant sources of plant life on earth, play an important role as carbon sinks; trees and plants absorb carbon dioxide, and carbon remains ‘trapped’ in the wood and in the soil itself,” said Kathleen Rogers. “The Bosawas Reserve also helps to generate a cloud cover in the region that regulates the temperature, and that, at the same time, provides rain. The cloud cover is a vital barrier against extreme climates in the region”, she added. 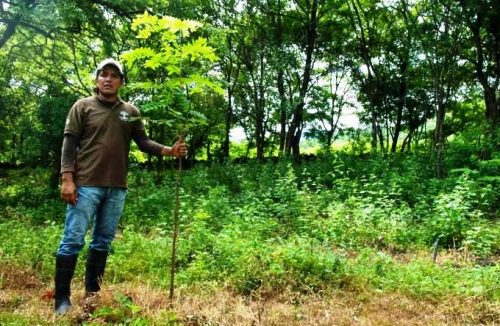 According to biologist Jaime Incer Barquero: “The destruction of the Bosawas Biosphere would affect the entire Nicaragua, because, especially in this era of climate change, the forest can prevent natural calamities such as droughts and floods. Forests, in fact, can soak up excess rainwater, preventing run-offs and damage from flooding. Plants and trees can also help provide clean water and mitigate the effects of droughts by releasing water in the dry season. Forests can even prevent droughts since they produce atmospheric moisture and therefore rainfalls”. They are also natural barriers that reduce the impact of wind and hurricanes.
Incer Barquero urged to halt the invasion of colonists in the reserve in order to prevent the destruction of the Bosawás. “Forests regenerate naturally, but this process takes years”, he said. “Reforestation is not the best solution. The succeeding forest could never have the same dimensions and biodiversity as the original forest. So human beings should protect what is left and let it regenerate naturally”. (N.A.)