The Zambezi River is one of Africa’s main energy assets and could become as well one of the continent’s main water highway, but many threats ranging from climate change to  the risk of collapse of the Kariba dam, must be addressed.

With a total length of 2,574 km, the Zambezi River, called the “Great River” in the Tonga dialect of Zambia is the fourth longest river of the Africa after the Nile, Congo, and Niger rivers. Its average flow ranks second on the continent with a figure of 4,134 cubic meters/second, after the Congo River and its largest tributaries.
The Zambezi River which flows through six countries between its source in north-western Zambia and the Indian Ocean. Including also Angola, Namibia, Botswana, Zambia, Zimbabwe, and Mozambique, is also one of the most important energy assets of the continent, with a hydroelectric potential of 20,000 MW. 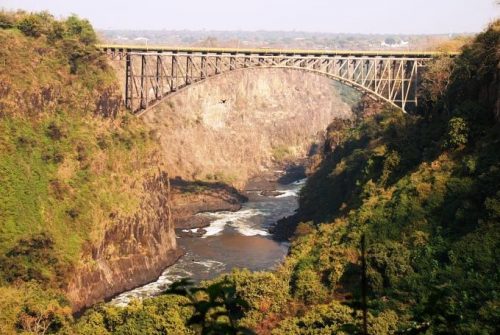 This sizeable resource is however vulnerable to climate events such as El Niño and La Niña. When sea surface temperatures rise by 0,50C above normal, El Niño bring less rainfall to Southern Africa. As a result, the Basin experienced an extremely severe drought in 1994, which caused the loss of large livestock populations due to lack of adequate water resources and grazing pasture. In 2016 again, one of the strongest El Niño events in 50 years was recorded, causing massive livestock losses in thousands of farms in the Zambezi river basin. In February 2016, water level declined to only 12 percent of the capacity of Lake Kariba at the border between Zambian and Zimbabwe, one of the world’s largest artificial reservoirs and an important resource for agriculture and fisheries. Conversely, when sea surface temperatures fall by at least 0,50C below normal, La Niña brings much more rainfall. This phenomenon has caused terrible disasters. The floods provoked by the Cyclone Eline in February 2002 in the Zambezi Basin left 700 people dead and over 500,000 people homeless. 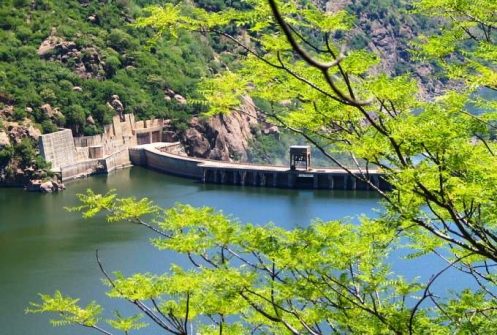 Such changes have dramatic consequences on the hydroelectric production of the river whose huge potential has been only developed up to30 percent, more than half of it in Mozambique, with the 2,075 MW Cahora Bassa dam, the third of the continent after the Aswan dam in Egypt on the Nile River and the Lauca dam in Angola on the Kwanza River. The Cahora Bassa dam and the 1470 MW Kariba Dam at the Zambia-Zimbabwe border have reduced the floodings of the Zambezi but they also disrupted fish and other wildlife feeding and breeding patterns. One inconvenience is that as regular flooding have decreased after the construction of the dams, people have inhabited floodplain areas, but these areas are still inundated during extreme flood events. Huge rainfall and drought fluctuations have of course an impact on the hydropower availabilty but claim the Independent Consulting Hydrologist Arthur Chapman, and Doctor Francis Davison Yamba from – the Centre for Energy of the University of Zambia the vulnerability of the hydropower production in the Basin is also owed to the accelerating economic growth. It increases indeed the competition for water between hydropower and irrigated agriculture 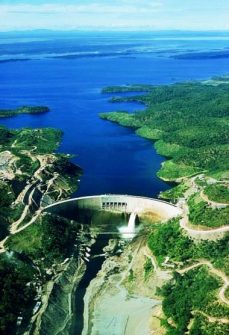 But the most immediate risk is the vulnerability of the Kariba dam which poses a huge threat for the entire Zambezi valley. The dam which was inaugurated in 1959 could collapse owing lack of maintenance, warned the South Africa-based Institute of Risk Management in 2014. In October of that year, the BBC reported that since the contruction the dam built on a seemingly solid bed of basalt, the torrents from the spillway have eroded that bedrock, carving a vast crater that has undercut the dam’s foundations. Engineers also warned that in the event of a collapse, a tsunami-like wall of water would wipe out everything downstream in the Zambezi valley, reaching the Mozambique border within eight hours and overwhelming Mozambique’s Cahora Bassa Dam and knock out 40% of southern Africa’s hydroelectric capacity. According to the Zambezi River Authority (ZRA) the lives of 3.5 million people are at stake.
The dam rehabilitation works cofinanced by the World Bank, the African Development Bank and the Swedish Government started in September 2018  and are expected to be completed by 2025.
Yet, the rehabilitation has become even more urgent. Indeed, owing to higher rainfall, the Kariba dam water level has rised markedly up to 83 percent by June 2018. 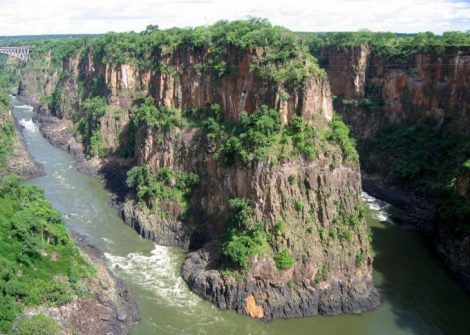 The last important threat of the Zambezi River is the water pollution, caused by sewage effluent, due to inadequate water treatment facilities in all the major cities of the region. This has resulted in eutrophication of the river water which has facilitated the spread of cholera, typhus and dysentery. This eutrophication process, was largely provoked by the use of fertilisers such as phosphates which facilitate the proliferation of water hyacinths which affects power generation and transport, while impairing reproduction and fish growth.This led the ZRA to implement a special control programme for the Lake Kariba where it. Gold panning is also prevalent resulting in soil erosion and water resources pollution. Land degradation triggered by poor agricultural practises contribute to accelerate the process of soil eroson, leading to siltation and pollution of water sources.Environmentalists are also expressing concern about the Zambezi Seaway Scheme, a U.S. $ 10 billion project to set up a 1,500 km long navigation corridor between the Victoria Falls and the Indian Ocean for the transportation of goods and particularly the coal of Mozambique’s Tete Province. According to its promoters, the Zambezi Seaway will offer a cheaper, faster and more efficient route to the Ocean, thus boosting local economies. But the impact of the project on the wildlife along the banks of the river has not been considered sufficiently, complain environmentalists. (F.M.)