He was rector of the Mar Elian shrine and parish priest of the Syrian Catholic community of Qaryatayn in central Syria when, on 21 May, 2015, he was kidnapped by ISIS militants.
Father Jacques Mourad tells us his story and also gives us a picture of the reality of life today in Syria.

The sanctuary of Mar Elian in the desert of Syria, where the tomb of Saint Julian of Edessa was located, was a point of reference for the citizens of Qaryatayn, a sacred place both for Christians of all denominations and for Muslims. Each year we used to organise inter-confessional and interreligious meetings with teachers, priests and imams. Many young people, Christians and Muslims, attended those meetings enthusiastically  until the outbreak of the war.
The Syrian war is seen, especially in the West, as a religious war that divides the Syrian people. But this representation does not reflect reality. I am a Syro-Catholic Christian and I can affirm that Syrian people do not want divisions. Our monastery has always been open to Muslims. Until one day a group of eight or ten armed jihadists entered my room. They beat me, blindfolded and tied my hands and arms. I was taken along with other hostages to the middle of the desert. 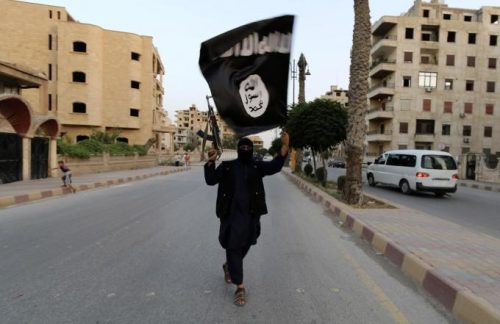 When we arrived in northern Syria, the jihadists locked us in a six by three metre bathroom. Though during the time I was their prisoner my captors treated me very harshly and aggressively, I felt that God was giving me a very special opportunity: the experience of silent prayer.
One day the leader of the group of jihadists entered the place I was held hostage; I thought he had come to behead me, but to my surprise, he kindly addressed me with the Islamic greeting of peace. He started asking me questions about theology. Jihadists always ask questions about theology to demonstrate the blasphemy of Christians. I tried to answer sincerely. He listened to me without saying anything. 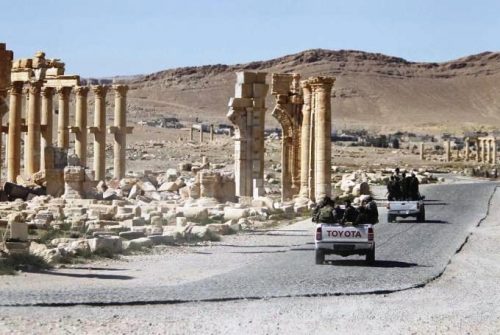 At the end of the meeting, I asked what harm we had done for being held prisoners. He looked deeply into my eyes and calmly invited me to interpret that time of confinement as a spiritual retreat. I later learned that the man was the leader of the Raqqa jihadists. After about three months, I was taken to the city of Palmira where about 250 of my parishioners, Christians of Qaryatayn were held hostages: old men, women, children, sick and disabled people who had not managed to escape from the city upon the arrival of the jihadists.Seeing all these people in front of me was beautiful and difficult at the same time.  I was aware that I had to instil hope and the feeling of forgiveness in their hearts.Twenty-five days later an ISIS leader arrived to say that our group had been allowed to return home, with the obligation to follow the laws of the Islamic state. This ISIS man read a long document that listed all the things we were and were not supposed to do. I asked the man the reason why they had decided to let us leave. He replied: “Because you Christians have given up using weapons against us Muslims”. The secret service of the Syrian government had also invited my parishioners to take up arms. I did not agree with Christians taking up arms. I always remember the teaching of Jesus Christ who banned the use of weapons and died crucified for our salvation. Evidently some men of ISIS had noticed that our choice had been different from others. 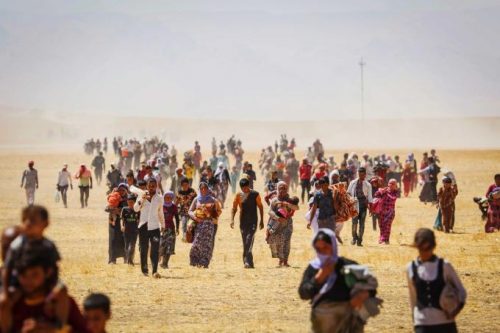 When the bombings (of the Syrian army) began on the city, I thought once again that we all would die. We were locked in basements for four days. On the fourth day of the bombing, I felt, not without doubts and inner struggle, that we should try to escape: I decided that I too would try to escape. So I asked a Muslim friend, whom I knew I could trust, to give me a ride on his motorcycle. I didn’t care about risks and dangers, ISIS and bombings frightened me much more.
We passed the ISIS check point inexplicably and I came back to being free. Other Muslim friends similarly managed to save 58 other Christian prisoners on the same day. Some of these Muslim friends then paid for their courageous gestures with their lives. Now I am heartbroken: those people died so that we could live.
Just after returning to freedom and life, I felt truly alone. I felt a strong desire to go away, far away, to Europe, and so I left. A few months ago I returned to my country in Iraq, in the Kurdish part, together with my Syro-Catholic Christian brothers who had run away leaving everything they had. Our desire is to return as soon as possible to Syria.
Everyone, today, is prisoner of their ideas and opinions in Syria: the regime, the opposition, ISIS. Each party has some reasons that justify its position. We cannot therefore win the war through reasons but we can stop the war only by opening our hearts. After my experience as a hostage I feel particularly close to the prisoners held hostage by jihadists, but I also feel close to those who are held hostage by the regime, and who are very often forgotten. 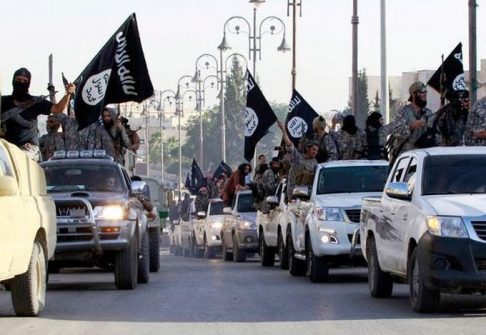 I have often had the chance to talk with Christians who hate Muslims who somehow caused them pain. But as Christians we have to stick to the teachings of Jesus and of the Gospel. If we want to make peace, we need to abandon fear and hatred.
It is incredible how much Pope Francis has done to instill hope in my country and throughout the Middle East. The document on human brotherhood signed by Pope Francis is an extraordinary example for me, because it is not a lesson of theology, but it indicates how to live following good principles. The suggestions given in the document are applicable to all people and to all times. It is a document that must be put into effect in our life. We the Christians must fully follow the indications written in this document. 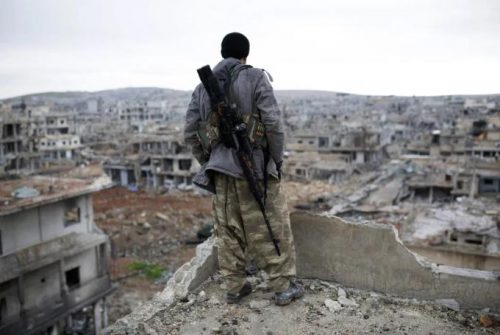 I often ask myself: ‘Who are these people from ISIS?’ Obviously, everyone knows that ISIS is made up of terrorists and criminals. It’s true. But behind or inside them, what is there? What kind of people are they really?  I think that trusting others, even if they are bad and dangerous, even if they are terrorists, is essential to building a bridge of peace. The Lord gave me the opportunity to know what it’s like being a hostage. This experience cannot have been just an accident. I just want to tell my story, narrate what I experienced and what I felt, without hating and without judging. I think this can be useful for opening hearts.