Aimed at Africans and the diaspora, the Pan-African Museum of Heritage and Culture in Accra (Ghana) is a project in the name of black pride and memory. Opening in 2022.

The man who thought up the idea of the project is Kojo Yankah, former MP and minister in  the government of president Jerry Rawlings (in power from 1981 to 2000), and militant of the National Democratic Congress, the largest party opposing the president of today Nana Akufo Addo. Journalist, writer and author of a dozen books on the theme of pan-Africanism and of ‘From Jamestown to Jamestown’, subtitled ‘Letter to an African child’, published in 2018, which tells the story of the painful struggles of the blacks for equality, justice and freedom. 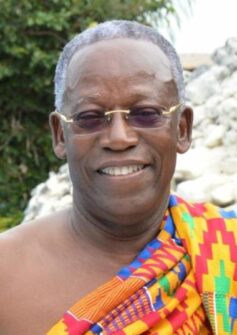 The museum is the brainchild of Kojo Yankah, founder of the African University College of Communications (AUCC) in Accra (Ghana)

The first Jamestown is that of the ancient fortress of Accra (a prison in colonial times) where the slaves were held waiting to go to the second Jamestown in Virginia, remembered as the first point of disembarkation of slaves coming from Africa (Angola), on 20 August 1619.
“The idea of the Pan-African Museum of Heritage and Culture has been part of my mindset ever since I was in secondary school in the sixties – says Kojo Yankah –  It was during that period that I was introduced to pan-Africanism, the era of Kwame Nkrumah, the father of independent Ghana. I have lived in that atmosphere all this time and those are the ideals that led me to found, in 2002, the African University College of Communications (School of Journalism and Creative Arts). In 1997, I was elected president of the Pan African
Historical Theatre Festival. It took many journeys to other African countries and the United States, Brazil and the Caribbean to convince me that we and people of black ancestry do not know ourselves because it was repeatedly said that we had no history until the arrival of the Europeans. When, in 1993, I was invited to the commemoration of the arrival of the first Africans in Jamestown, Virginia, I was inspired to write ‘From Jamestown to Jamestown’. 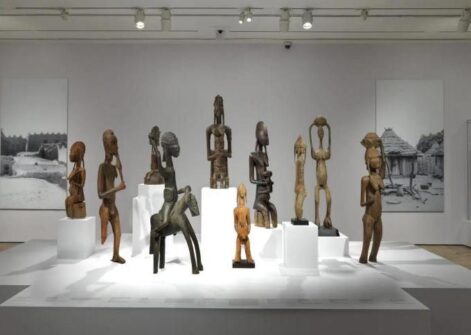 Art and Empires on the Shores of the Sahara at The Metropolitan Museum of Art in New York City.

The idea of the Pan-African Museum is fundamentally a way of bringing together all my experiences, a logical consequence of the publication of my book in 2018. The following year, Ghana started the project ‘The Year of Return’ for people of African origin.”
Kojo Yankah insists in affirming that historical truth has been denied to people of African origin and Africans in general. “We have a rich history since humanity was created in Africa and civilisation began on this continent. This is our inheritance. It is important to reclaim our history, our patrimony and our inheritance. All these things were stolen from us. The museum will also request the return of works of art that were taken from Africa and are now in museums scattered across the world”.
The pan-Africanism which is the foundation of the project also includes Egypt and other countries of Northern Africa. Koyo Yankah says: “It has long been said (and the debate is still to be concluded) that North Africa and Sub-Saharan Africa are two different entities with separate histories. Indeed, this is part of the deceit that we must uncover.
Egypt, Nubia, Ethiopia and all the parts along the Nile were all existing black kingdoms until they were invaded by the Greeks and then by the Romans. Yes, there was an Arab invasion but this does not alter the fact that African civilisation was the first in the world. North Africa and Sub-Saharan Africa have been arbitrarily separated by those who want to keep Africans divided”. 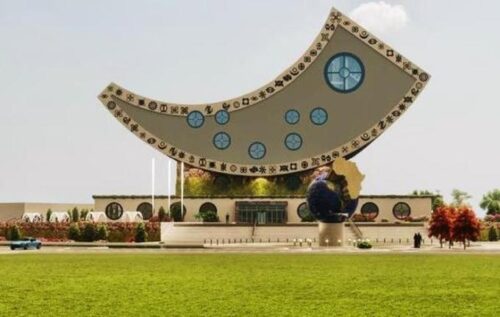 Last September, President Nana Addo Dankwa Akufo-Addo officially launched the project of  Pan-African Heritage World Museum.  “The time has come for all of us to take our heritage seriously. No one needs to tell us that we have a rich history made up of remarkable achievements in the arts, sciences and technology”. President Akufo-Addo, who was made the first patron of the museum, said it was considered as one of the most important projects of cultural and historical significance of the time and would be a centre of pilgrimage for people of African descent to unlearn and relearn the history, culture and civilisation of Africa from the creation of mankind till today. 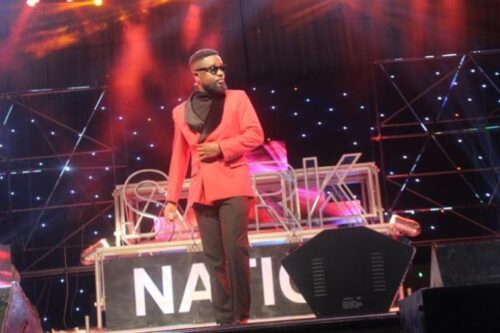 The Ambassador of the Pan-African Museum is a young Ghanaian performer, the rapper Sarkodie.

The Museum will be built on a 75-acre site (300,000 m2). The building is to have a sculpture garden, a building for African kingdoms, an area for trees and other plants, an amphitheatre, a film studio, and a recreational area. The museum should be ready by 2022. It will cost around thirty million dollars to build. Kojo Yankah says that “the funds will come from grants, donations and other fund-raising activities. It must be said that fund-raising has already started in various places, both on the continent and in the diaspora, and both the technicians and architects assure us that the construction can be finished in two years if the funds are available”.The Ambassador of the Pan-African Museum is a young Ghanaian performer, the rapper Sarkodie. Asked why he chose this project, Yankah replied: “This project honours our traditions and our cultures but is dedicated to the youth; this is the reason I chose it”.