The country has always been at the centre of tensions and troubles, provoking a sequence of dictatorships, foreign interventions, military coups and civil wars.

Part of this situation is due to Guatemala’s geographical position in the area of Central America which, together with Mexico and the Caribbean Sea, acts as a hinge between the Southern Cone and the United States. The area is of strategic importance, being at the centre of the great disputes relevant to the American continent since the XVI century and the start of its colonisation by the major European powers (especially Spain), attracted by the obvious presence of natural and mineral resources. The region bears the burden of the proximity and interests of the largest world power – the United States – and those of the various local oligarchies. This has helped to transform such countries into instruments of control and dominion by external actors. 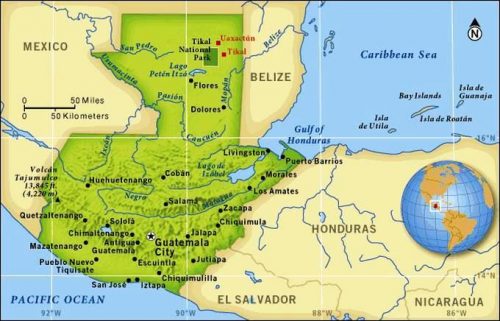 Since the end of the eighteen hundreds and the early nineteen hundreds, the greatest and most decisive battles were fought for the conquest of strategic, economic and financial spaces. The United States, in particular, with its strong interventions in local political life, works to exclude the European powers due to the presence of conspicuous investments concentrated in the production and export of tropical agricultural products, especially bananas. The amount and importance of such capital was so great that it placed serious limits on national sovereignty. This gave rise to the expression ‘Banana Republic’.
This happened during the time of the UFCO (United Fruit Company), better known as ‘The Green Octopus’, which, due to its actions and its reckless business dealings, had created a powerful economic empire in the entire region of Central and Caribbean America. 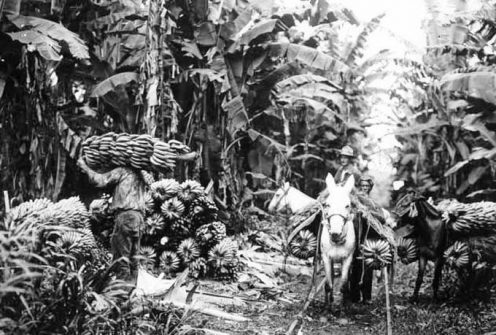 It was a sort of ‘state within a state’, which had policing powers in its own territories and control of strategic sectors like existing rail networks in the host country, of the ports, the merchant navy, the most important banks, telephone systems and radio transmitters, as well as the public contracts sector. As regards the latter, special attention was given to the railroad sector and the construction of railway lines that often functioned as trailblazers to penetrate Central American and Caribbean territories and to obtain new plantations. Given, finally, that the balance sheets of that company or others like it, were greater than those of the countries where they operated, it is easy to understand the amount of pressure and conditioning that the governments of the area were forced to accept. The plan of action of such companies was the result of a strategy that was planned and created by the government of Washington – known to this day as ‘Dollar Diplomacy’ – intended to develop an intense policy of promotion and expansion of its financial influence in the Caribbean Basin and Central America by means of considerable government support to US businessmen.
However, ‘Dollar Diplomacy’ was never seen as an alternative to the use of the most brutal pressure or brute force itself. But  economic and repressive strategies worked hand in hand and overlapped. 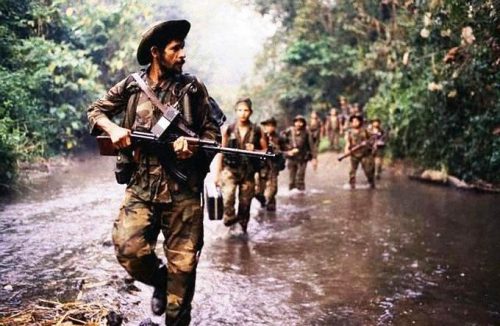 Such operations were disguised as the US civilising and charitable plan, aimed, at least officially, at restoring equilibrium to local finances. This vision grew out of all proportion during the presidency of Woodrow Wilson who, with blind and unlimited faith in the democratic and constitutional mechanisms of the US system, had such an ethical and paternalistic view of the Latin American governments that it led him to the use of force and sending in the marines to confront governments that were unconstitutional according to Washington parameters.
During the Cold War, too, those territories were the theatre of confrontation between the USA and USSR through political/military support to some political establishments, complex intelligence activities, destabilisation and/or the de-legitimisation of certain governments and, at times, direct military action. The USA, following the Monroe Doctrine (‘America for the Americans’) and the so-called ‘Roosevelt Corollary’, claimed the right/duty to intervene in internal questions in Central and South American countries for reasons of national security. The USSR, on the contrary, tried to establish its outposts on the doorstep of the USA and so reduce US influence: Cuba, Grenada, Nicaragua, Guatemala and Salvador have, in this respect, been examples of the so-called ‘periphery strategy’ of the two superpowers. (F.R.)