After the beginning of the crisis in Mali in 2012, external powers have increased the deployment of troops in Africa to stabilise the area and to neutralise terrorist groups.

This deployment is often followed by the creation of military bases that can lead to a stable military presence in the region. But is this strategy useful? There are some reasons to doubt this. We will focus on two Western countries which are particularly active in Africa on the security level, the United States of America and France. It must be noted that if their military moves on the continent are more or less mediatized, other countries (like China or Russia) are also active but keep a low profile. 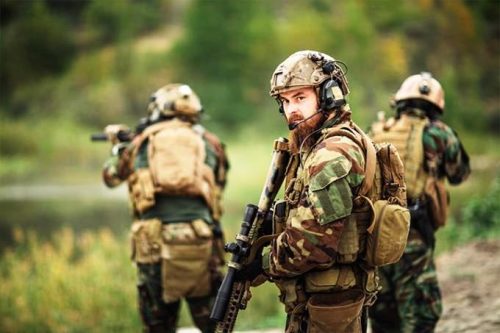 In terms of numbers and places, it is difficult to assess the exact dimension of USA military intervention in Africa. Several analysts and journalists tried to calculate the number of troops and military sites and their location. According to Steven Feldstein in a paper published by the Carnegie Endowment for International Peace (9 February 2018), there are more than 6,000 USA troops stationed in Africa in about forty-six military sites of different nature. These troops have been sent there to contain the terrorist violence (which is supposed to be on the rise) and to guarantee political stability to the countries of the region.
The deployment of these troops follows a model called ‘light footprint’. That is to say, the number of soldiers effectively deployed (‘boots on the ground’) is kept at a minimum and the counter-terrorism offensive is a mix of special operations and airstrikes (operated mainly by drones). Officially, military operations conducted by US soldiers are only a small part of the complex and are flanked by cooperation and training of local security forces. 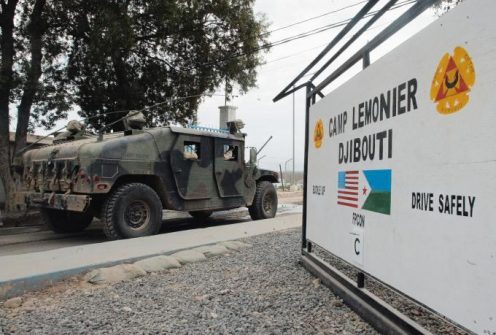 The main hub in the US military network on the continent is Camp Lemonnier in Djibouti. The command centre responsible for Africa (AFRICOM) is still based in Stuttgart (Germany), even if from time to time news of a transferring on African soil are reported. The establishment of such a structure in an African state seem to be a thorny issue, due mainly to political reasons. Several smaller bases (in many cases temporary) are connected to Camp Lemonnier in states like Senegal, Ghana and Gabon. There are also air bases that host drones in Tunisia, Niger, Chad, Cameroon, Kenya and Somalia. From a technical point of view, according to the estimates there are two ‘Forward Operating Bases’ (FOB), thirteen ‘cooperative security locations’ and thirty-one ‘contingency locations’. According to Eric Schmitt (New York Times, 22 April 2018) 4,000 military personnel operate in Camp Lemonnier. 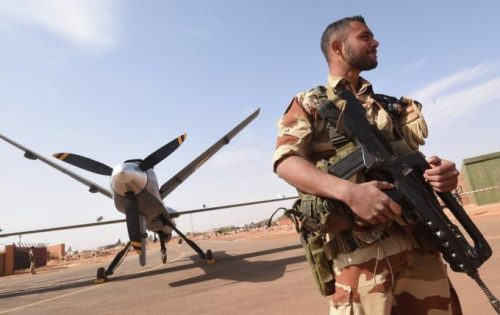 It is in particular the new airbase in Agadez (Niger), built to host drones, that drew the attention to the increasing US military effort in Africa. Niger is considered a hub both for extremist operations in the Sahara Desert and for illicit trafficking (especially human trafficking) towards Europe. Together with Mali, Niger has become a major theatre of operations for Western countries. US drones hosted in Niger fly over countries like Libya to collect information or to kill extremists. Schmitt reports that in Niger 800 US soldiers operate. More or less the half of this contingent is deployed in the Agadez base. (A.C.)