They travel alone. They may fall into the hands of human traffickers. They often end up in detention centres without knowing why or for how long. The mental health repercussions may be irreparable.

Maria Lourdes is just seven years old and is travelling with some people she does not know. Together with others she has crossed the Rio Grande. She looks around, not knowing what to do next.  Her story is that she travelled by bus to Mexico with her father for twenty-two days but he then went back to Honduras, leaving her in the hands of a young man who was supposed to help her cross the Rio Grande into Texas. “He told me to go on ahead and to look after myself “, she says. It is not known what became of the man who was meant to look after her but the girl joined up with a group heading to the border and travelled with them. They walked across the Rio Grande Valley (Rio Grande in the United States) one Sunday night when the temperature was as low as 10 degrees Celsius and the girl was wearing a yellow jacket with pictures of cartoon trains and a black mask to protect her from the Coronavirus. Seeing her crying, hungry and thirsty, some other migrants took charge of her. They continued their journey on foot to a country where they knew nobody apart from a relative living in South Carolina. “She is a very brave girl”, said Magali, the woman who took care of her. 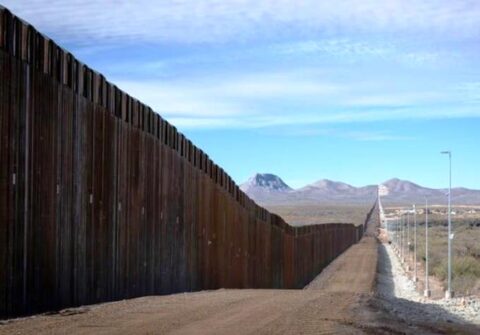 In the month of March alone, more than 19,000 minors crossed the frontier and there are today around 22,500 of them being held by agents of the frontier police.
Children are kept for months in detention centres where conditions are deplorable. Without their fathers and mothers, the children sleep alone and have lost count of the days. They are disoriented and do not know either where they are or what they are doing there. They do not understand the laws that separate them from their families. The damage caused to their mental health may be irreparable.
Four out of every five of the migrants are from Mexico, Guatemala, Honduras and El Salvador. Most of those from other Central American countries say they are trying to escape from the poverty and violence of their own countries; they intend to seek asylum in the United States. 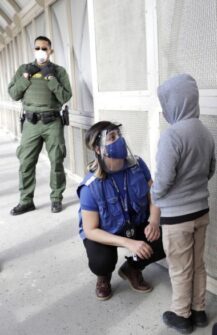 President Biden has given his Vice President Kamala Harris the task of negotiating with the leaders of those countries to reduce the flow of migrants to the north. The US administration has, however, admitted that it will take a long time to tackle the root causes of migration, poverty and violence.
Father Franciscus Asisi Eka Yuantoro, parish priest of Donna, Texas, the only parish on the border between the United States and Mexico, believes that, with the present situation on the border, his first concern must be for the non-accompanied minors trying to enter the United States.
“It is very important to protect the children as the cartels are involved in the situation. Another serious problem here is human trafficking. Children need to be protected as they are not familiar with the process or do not know how to adapt to this new situation. We need to create a programme that will really help and guide the children”.
Fr Yuantoro is head of the Catholic church of St Joseph which serves 3,000 Catholic families – the total population is around 16,500 – in Donna parish in the south of Texas.
It is located about fifteen miles from the border. He says he also has a chapel in the southern part of the parish about four miles from the border which provides them with ‘direct contact’. The parish of Donna is part of the Rio Grande Valley, one of the border sections where migrants most frequently try to cross over into Texas.
The priest continues: “The only problem at present is that we need volunteers to protect the children and assist them. The government must have someone in charge of protecting them as they themselves do not know what they can do as migrants with such a difficult process and all the other obstacles. Secondly, the children need protection before they cross the border and the bridge as some of them are in vulnerable situations and need to be protected from the cartels. We have to assist them. I have also seen that the cartels abuse the children and use them for their own ends, so it is essential that we protect the children from these dangers”, he added.

The frontiers of Europe
The problem concerns not only the Mexico-United States border but also those of Europe. An increasing number of minors are boarding boats to cross the Mediterranean or to take the Balkan route.
According to the Lost in Europe association, many of these are small boys and girls who end up in the network of human traffickers as victims of sexual and occupational exploitation. 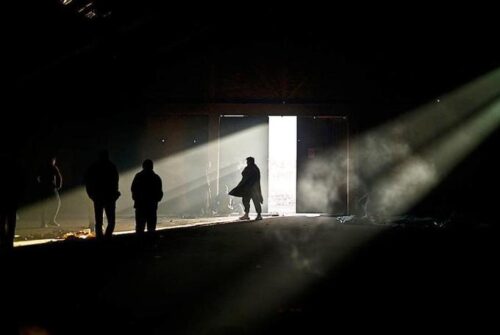 Even the younger children are not exempt. What they all have in common is that they are foreigners and unaccompanied, forced to leave their countries for such calamitous reasons that vary from war to economic problems.  The number of foreign non-accompanied minors who disappear in Europe is truly frightening.
It is said that, in all of Europe, between 2018 and 2020, there were 18,292 disappearances. The association condemns the various governments of Europe that avoid the question.  “The question is certainly underestimated – explains one of the leaders of Lost in Europe – often these minors flee from the reception centres, and so become one problem less, especially economically, for the countries that should really have to take care of them”. Europe, the association points out, has failed in one of its most important duties, that of protecting and assisting anyone who is a minor in the continent, as indicated in the Charter of Fundamental Human Rights of the European Union as well as the United Nations Convention on the Rights of the Child.
According to data gathered by the 27 EU countries, as well as Norway, Moldova, Switzerland and the United Kingdom, the majority of minors who disappear are male and over fifteen, almost all from Morocco, Algeria, Eritrea, Guinea and Afghanistan. Some disappearances are due to children going to look for relatives living in various European countries but many are connected to the criminal network. “We are talking about human trafficking – the association continues– boys and girls who end up in the network of small crime in the large cities, exploited by their fellow countrymen for a little money, both sexually and occupationally”. 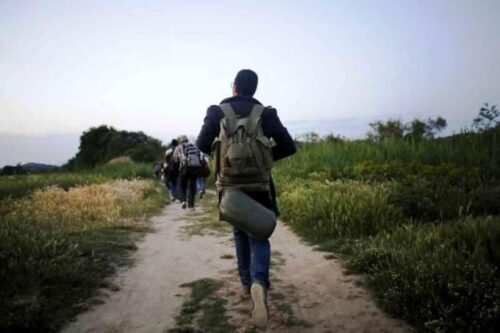 There is, however, another point that is often forgotten: the dangers that minors encounter when in search of their families. These dangers involve winter crossings of the mountains between Spain and France close to Bardonecchia in Italy, when the minors place themselves in the hands of ‘passeurs’ (those who lead the children across the borders), paying organised crime that by now “pervades the whole of Europe”. A number of international NGOs seek to help these children, making contact with them, even with great difficulty, including having to gain their trust. What is lacking, and this must be concluded, is certainly the interest and commitment on the part of the investigative system that underestimates the question and fails to thoroughly investigate the organisations that exploit these children.
According to Save the Children, there are more than 200,000 foreign unaccompanied minors fleeing from conflicts, persecution or violence, who have sought asylum in Europe in the past five years, but it is probable that the number of boys and girls who have come in is much greater. Many of them, in fact, are forced to live a hidden life in Europe, in danger of exploitation and abuse. This has been affirmed in the new report ‘Protection Beyond Reach’ of Save the Children.  More than 700 minors, new-born infants included, have lost their lives attempting to reach the coasts of Europe during dangerous sea voyages.