A large part of the drugs coming from Latin America and Asia is controlled and managed by gangs of Nigerians (such as the Area boys known as Agberos, other gangs of young boys called Bakassi and the fearsome violent confraternity of the Black Axe) dominated by the powerful Nigerian mafia which, with its centres in Europe and the rest of the world, exports drugs together with the trafficking of women.

The establishment of such groups worldwide has been facilitated by the Nigerian diaspora, present in many parts of the world as well as by Nigeria’s membership of the Commonwealth. This latter fact, in particular, has made possible close commercial relations with the Indian sub-continent, a producer of opium and heroin, and with the world of the Anglo-Saxon consumer. Such aspects, together with the qualitative leap by the Nigerian mafia in recent years, both economically and technologically, have made it a real nerve centre, capable of governing and managing a large part of the African drugs trade. 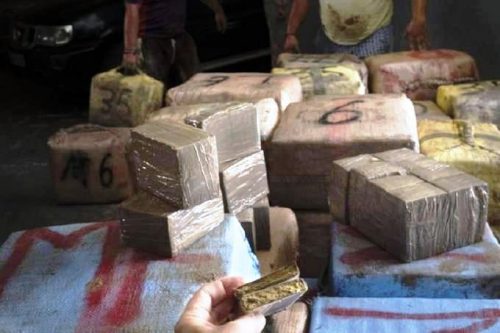 The important increase of the area, as a strategic hub for narcotics, had its beginnings in the eighties when the country became one of the main distribution points for the trafficking of cocaine coming from South America and of heroine coming into the country from Central and South-East Asia that were destined to end up in the European markets. It reached its peak in the nineties when, in 1992, the discoveries of cocaine at Lagos airport were so great that they led the Nigerian authorities to suspend direct flights to Rio de Janeiro. The trafficking was being managed by a great trans-national network with its main fulcra in Nigeria. The organisation was moving large amounts of drugs which, after leaving Colombia, were transferred to Brazil and later reached Nigeria from where they were forwarded to the main European centres. The organisation was led by Nigerian citizens and the lower levels were occupied especially by Ghanaians. 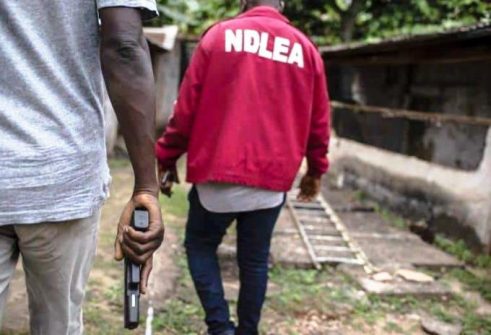 Since then, the Nigerian traffickers have been considered the main vectors of drugs, a real industry at the service of heroin and cocaine trafficking. They are present in all the key points of production and trafficking and, through their compatriots living abroad, they have formed criminal gangs comparable to those of Colombia, Turkey or China. These organisations, like others, base their strength on the tribal system and the ethnical solidarity that exists between clans and families.
The transfer of narcotics to the western markets takes place mainly through a large number of couriers who hide the drugs in their luggage or, more often, swallow them, after wrapping them in condoms or some other plastic material.
This method is so widespread in Nigerian gangs that, between 2006 and 2008, the years in which the phenomenon began to assume considerable proportions, of 1,400 couriers discovered, 57% of them were Nigerian. It is not unusual to have more than one courier on the same flight: during the previously mentioned period, more than thirty couriers were discovered on a flight to Amsterdam. 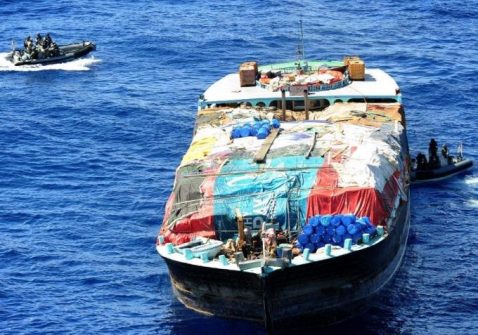 As early as 1995, the US authorities estimated that 50% of the heroin circulating in their country was brought there by Nigerians. Organised Nigerian crime, as has been emphasised several times by UNODC (United Nations Office on Drugs and Crime), has for some time been active beyond Nigerian borders and is now widespread in various areas of the world, led by Italy, Canada, Germany, Spain, Portugal, Belgium, Russia, Brazil and Japan.
The Nigerian mafia for the transit of drugs, both in Nigeria and its bordering countries, is compelled to ally itself with the fierce Islamic groups of Boko Haram at the height of its power in the region. In the nineties, a group was formed with a centre for studies of religious questions for the purpose of introducing Sharia Law into Nigeria. 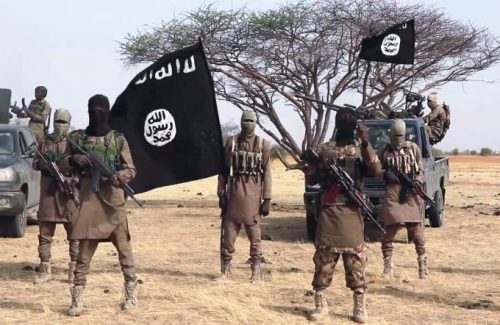 However, in 2002, led by Mohammed Yusuf, it changed its form and its mission and its guerrillas, camped in the jungle in the north east of Nigeria, began to launch attacks on institutions and those peasant villages which resisted their extortionate demands. The turning point came in 2009 following a clear and heavy defeat in an offensive against the police which resulted in the death of about 700 insurgents and the capture and execution of Mohammed Yusuf. This situation demanded a change in leadership, assumed by Abubakar Shekau, and in strategy which led the group to carry out real terrorist attacks. According to reliable analysts, Boko Haram is not so much an expression of radical religion as of internal divisions within Nigeria where the south is rich in petroleum and the north is extremely poor. (F.R.)