Deeply rooted in the land and culture of his ancestors, Achinoam Nini, known in the world of art as Noa, is still sending out a message of peace that involves all of us.
The western world came to know of her when, in 1994, with her own special grace and simplicity, she performed her own very personal version of the Bach-Gounod Ave Maria, on live worldwide television in St. Peter’s Square, for Pope John Paul II. Accompanying this Yemenite Jewess from Tel Aviv, was guitarist Gil Dor as she wove musical Arabesques in that immortal melody to which she had added a somewhat pacifist text. That same music occupied the final spot on her first international album produced together with her mentor Pat Metheny. 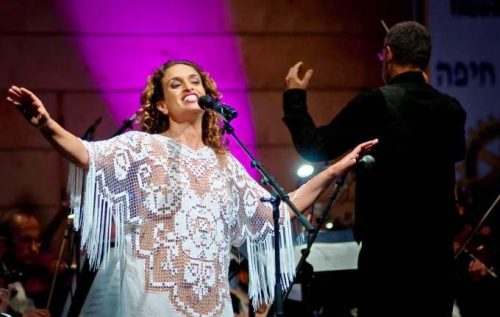 A star was born. However, that Ave Maria and that performance gave rise to an avalanche of criticism from the ultraorthodox. And that criticism is still active today and, despite her worldwide popularity, has resulted in her being practically prevented from performing in her own country where her concerts are few and far between. Nevertheless, that same Ave Maria concludes her first album, ‘Letters to Bach’: in confirmation that neither time nor extreme views have calmed her desire for intercultural dialogue, or her desire to communicate, through her art, universal values of peace and brotherhood. 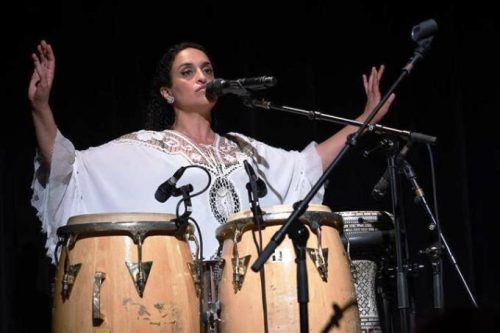 In this performance we discover her extraordinary voice, the faultless guitar-playing of Gil Dor, and nothing other than the immortal genius of Bach which she reinvents in her own way, adding her own words, like twelve timeless flowers, sung at times in English and at times in Hebrew: a risky project from which the woman emerges with her usual class – a result due also to the mythical producer Quincy Jones – confirming, on the one hand, her eclecticism of expression and, on the other, showing that certain musical treasures continue to speak to us and inspire us even beyond the confines of time and cultures. 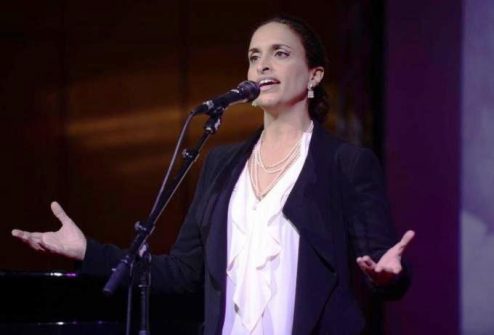 The mother of three young children, and deeply rooted in the land and culture of her ancestors, Achinoam Nini, known to the world of music as Noa, continues to send out messages that involve all of us and, despite coming from a perennially disturbed country, has reached her fifteenth album (in a career lasting almost thirty years). She has also received a number of awards testifying to her intercultural humanism such as the Franciscan Pilgrim of Peace and the Crystal Award of the World Economic Forum and has been for years the FAO Ambassador and is also involved with a number of humanitarian organisations. 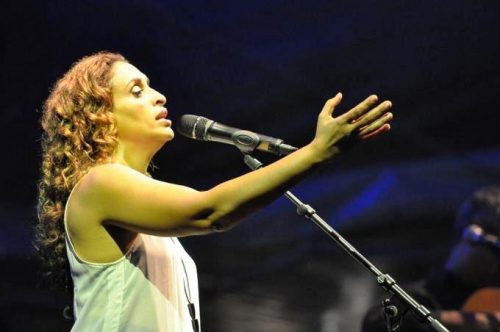 Despite the criticism of many of her compatriots, Noa continues her struggle for dialogue, especially between Israelis and Palestinians: “If we refuse to recognise the rights of both parties and to accept our obligations – she wrote some time ago in her blog – if each of us sticks to their own version, holding that of the others in contempt, if we continue to prefer the sword to dialogue, if we sanctify the land and not the lives of our children, we will all soon be forced to seek a colony on the Moon, given that our earth will be soaked in so much blood and covered with so many stones that we will no longer have anywhere
we can live”.
Franz Coriasco