Anti-apartheid activist and internationally renowned theologian, Father Albert Nolan, died in the early hours of October 17.
“You have to take sides”.

Many will remember him as a hero of the struggle against apartheid, a humble Dominican priest and theologian awarded the national Order of Luthuli by President Thabo Mbeki in 2003.  Many more will know his name and have read his 1976 best-seller Jesus Before Christianity about the historical Jesus.  I will remember him as an inspiration and spiritual guide when I was Southern Africa Desk Officer at the Catholic Institute of International Relations (CIIR) during the 1980s when both civic resistance and state repression peaked in South Africa.
Albert, despite a traditional academic training in the Angelicum, the Dominican Pontifical University in Rome, believed that theology should be open to everyone, that it should come from the grassroots and be about discovering where and how to find God in an unjust world.  He was later to put his religious journalism into practice as the editor of Challenge, a popular Catholic paper in South Africa. 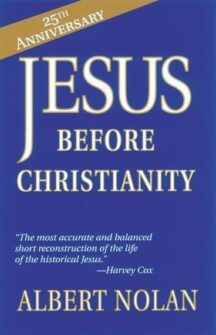 When Albert was Provincial for Southern Africa, the Johannesburg Dominicans abandoned their priory in a posh part of town, so the where of theology was a decrepit building in the ill-named Mayfair, home to down-and-out whites and surprisingly multi-racial.  The estate agent couldn’t believe his luck when he was given a description of the building the Dominicans were looking for and got rid of an unsaleable property.  And the how was by integrating faith with political commitment.
Albert Nolan chose the right religious name (he was baptised Dennis); like St. Albert the Great, teacher of St. Thomas Aquinas, he was an inspiring teacher and mentor.  YCS and YCW chaplain at the largely Afrikaans University of Stellenbosch, he became National Chaplain of the Catholic Federation of Students in 1973.  As well as listening and responding to youth seeking how to live in an unjust and divided society – ‘you have to take sides’ was his advice – he was able to compare notes with his counterpart in Peru, fellow priest Gustavo Gutierrez, the father of Liberation Theology and later a Dominican.
Leading up to and into the State of Emergency in South Africa (1985-1990), a time of massive repression and of mass resistance by the United Democratic Front drawing together African National Congress (ANC) front-organisations, church institutions and  independent civic bodies, Albert nurtured a group of young Catholics committed to the liberation struggle. 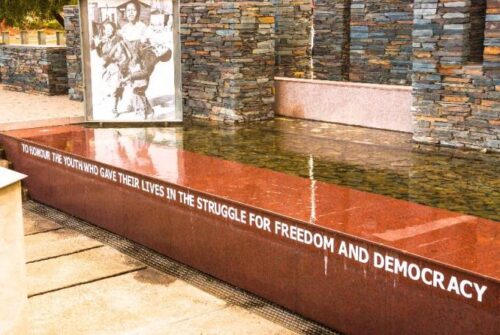 By listening to their difficulties, their fears of imminent arrest, their doubts about having children, their problems in handling the violence both of the state and anarchic youth, he was able to encourage a spirituality that both discerned the signs of the times and helped them develop a moral framework within which they could actively resist apartheid.   At the Mayfair Priory praying the Magnificat was almost a bidding prayer as each in their different ways was in the business of ‘pulling down the mighty from their thrones’.
For Albert apartheid was ‘sin made visible’.  I can hear him saying it now in his strong Cape Town accent. I can also hear his gentle humour coming through hair-raising stories of things nearly going wrong.  He was a wonderful companion and pastor.  In 1983 he was elected Master-General of the Dominican Order by his confrères.
His response was to request that he be allowed to decline so that he could remain in South Africa and fulfil his commitment there.  This was put to the vote and agreed so that he had the shortest time in office of any Dominican Master-General.
At the time of his election Albert was working in the Johannesburg Institute for Contextual Theology (ICT) begun in 1981, a small ecumenical group that included Rev. Frank Chikane, later the general-secretary of the South African Council of Churches who became President Mbeki’s Chef de Cabinet. The name Contextual Theology did little to protect it from the repression which was certain had it been called the Institute for Liberation Theology. 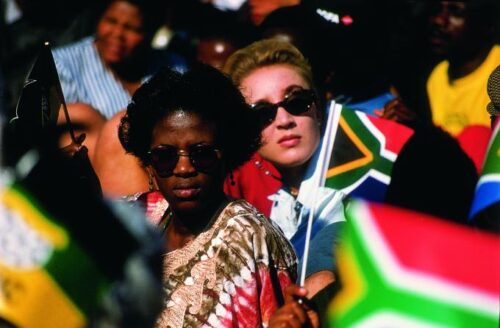 In June 1985 ICT published and distributed the Kairos document, a radical biblical and theological comment on the political crisis in South Africa and a challenge to the Churches to take sides, signed initially by over 150 mainly black Christians.
The South African National Security State was taken completely unawares.  Many more signatures followed publication and as the document was read out in township churches there was a palpable sense that congregations felt ‘this is what we believe’.
Sweden concluded that leaving support for the ANC solely in the hands of the Communist Party of Soviet Union and the East German Stasi bode ill for the future and was secretly getting money into South Africa to boost non-violent forms of resistance.
Much the same group as the ICT, including Albert and the great Dutch Reformed Church dissident pastor, Rev. Beyers Naudé, performed the invaluable and unusual role within South Africa of guiding this funding of the internal movement of the ANC whose base was outside South Africa in Lusaka, Zambia and to a lesser degree in Maputo, Mozambique.  For example one of the major requests of the ‘Christian ANC’ group was funding to strengthen leadership amongst black youth.  At the time arrests of youths for ‘necklacing’, that is killing suspected collaborators with flaming tyres around the neck, was decapitating the youth movement and creating anarchy in the townships.
Albert saw the movement against apartheid bringing together the different races and Christian denominations as a glimpse of the ‘kingdom of heaven’.   He saw no conflict between faith and political commitment and there was something beautiful about the way he and those around him lived out that integrated vision.  We should learn from him.  (Photo:  Babelio – 123rf.com)