On 20 November 2022, Comboni Father Joseph Ambrosoli will be beatified in Kalongo in the north of Uganda. “God is love and I am his servant for the suffering people”.

“My name is Joseph Ambrosoli. I come from Ronago. I have just qualified as a medical doctor and I want to place my profession at the disposal of the Missions. I would like to know if, in your Order, a doctor can become a priest and if, once a member, he would be sure of being assigned to the Missions and practice the dual profession of priest and doctor”.
It is the Summer of 1949 and it is with these words that the young Doctor Ambrosoli introduces himself to Father Simone Zanoner, the Rector of the Comboni Missionary Seminary in Rebbio in the Province of Como in Northern Italy. 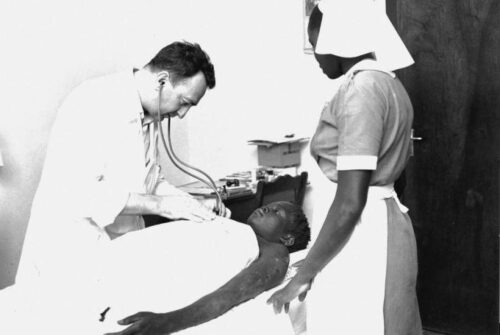 Although Joseph says his name is ‘Ambrosoli’ he does not mention that he belongs to the well-known and influential honey-producing Family of the same name. Father Zanoner replies: “The Comboni Missionaries were founded for the Missions and it is therefore standard practice for those who join to go to the Missions. I can therefore guarantee that you will go to the Missions!”. Thus began the missionary adventure of the man who would become the great ‘Doctor Aburojoli’, the Doctor of the Acholi Peoples of Northern Uganda.

‘The Cenacle’
Joseph was born on 25th July 1923 to Giovanni Battista and Palmira Ambrosoli in Ronago, a charming village in the Province of Como, close to the border with the Canton of Ticino in Southern Switzerland.
His father was a successful entrepreneur in the honey business with the well-known slogan: ‘There are all sorts of honey and then there is the unmistakable flavour of Ambrosoli honey’.
He grew up in a family where his mother Palmira was noted for her practice of the Christian faith. It was she who educated Joseph in the faith and trained him in that moderation and self-limitation that would accompany him throughout his life.
His Christian formation was consolidated thanks to holy priest educators who were concerned only with the education of children and the youth, and always attentive to the sick. 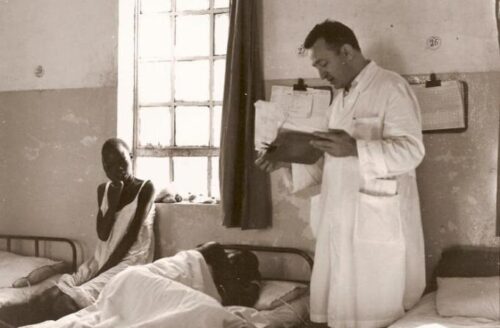 Fundamental to his spiritual life and his missionary option was his meeting with Don Silvio Riva, the diocesan assistant of the Catholic Action of Como who brought together the best young people in a group that he christened ‘The Cenacle’. His spiritual growth translates into the search for holiness understood as identification with Christ.
As a result of all this, Joseph would therefore become a Comboni missionary doctor. He was already 28 when he entered the novitiate (1951). He made his religious profession, quickly completed his theological studies, and was soon ordained because Africa urgently needed him. It was on 17 December 1955 when he became a priest in the cathedral of Milan. The ordaining bishop was Giovanni Battista Montini who would become Pope Paul VI.

Uganda. The ‘Pearl of Africa’
On February 1st 1956 Father Joseph set sail from Venice aboard the aptly-named ‘SS Africa’ bound for Mombasa on the coast of Kenya, and then continued his journey from Mombasa to Gulu a town in the North of Uganda. And then by road from Gulu to the Mission of Kalongo in East Acholi to where he had been assigned.
Starting from the simple dispensary, he built a large hospital with 350 beds, to which the sick from Lira, Kitgum and from Kenya and
South Sudan flowed. 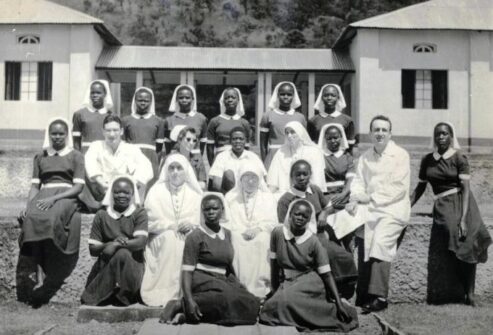 The jewel in the crown of that hospital is the school for midwives, which Father Joseph was very fond of. The study program is based on the English model and includes three years of study and internship after which each student nurse has to face an exam before a commission coming specially from Kampala, the capital.
The diploma issued is valid for every health facility in the colony and for all English-speaking countries.
Father Joseph was totally dedicated to the sick: “I must try to impersonate the Master in me when he treated the sick who came to him … If only they could see Jesus in me!”, he would say. He immediately understood that to win the hearts of Africans he must employ infinite benevolence. He worked unsparingly not only as a surgeon but also as a facility director and teacher in the nursing school. He was able to remain at the operating table for six straight hours, always standing, and then move to the clinic, without showing even the slightest sign of tiredness.
People ended up having unlimited faith in Father Joseph’s healing powers, to the point of considering him a sort of thaumaturge: “If you are sick, you have only to go to Father Joseph; he examines you and you come back healed, both in heart and in spirit”, they would say.
He also involved all the nursing staff, making them feel directly involved in the management of the workings of the large hospital. He shared responsibilities with his fellow doctors and gave them autonomy.

The exodus
Before going to rest, the Rosary was a must: “Reciting the Rosary while walking under the starry sky of God, with the stars of the magical African sky, is really something else”, he wrote to a friend. He took but a few hours of rest at the end of the day. “Once in heaven, I’ll have all the time I want to rest”, he would say.
He also knew how to show his stern character as a defender of the weak, including the heroic defence of the wives of government soldiers and, in general, of the people of the south, on whom the guerrillas, from the north, intended to take their revenge.
When the rebels realized their imminent defeat, they gathered threateningly in front of the hospital gate, demanding the people of the south to kill them and take revenge for their defeat. 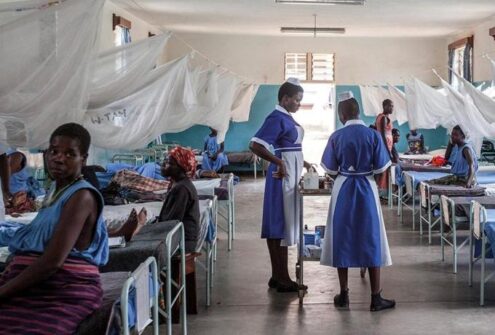 Father Joseph intervened, placing himself in front of the gate and saying to the rebels: “Do not enter here. If you want, kill me as well, but don’t enter here!”. And the rebels relented.
1986 was certainly the most difficult year for Kalongo caught between the government troops and those of the revolution. The situation for the hospital worsened on January 30, 1987. Having gathered all the hospital and mission personnel, the military authorities accused those present of complicity with the Acholi guerrillas and the order to evacuate was given. The exodus from Kalongo to Lira would be an ordeal for Father Joseph. He truly became similar to Jesus, who appeared to many on Calvary as the icon of the most complete human failure.
His concern was still for the 42 midwifery students who had to prepare for the state exam, scheduled for May. 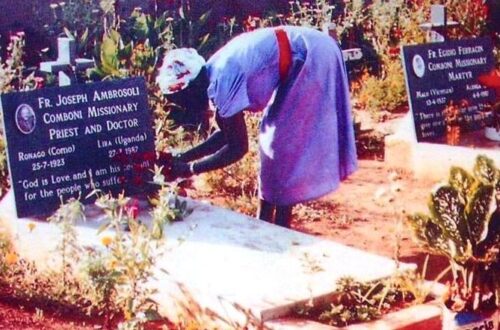 Things took a turn for the worse. His health was deteriorating, and the Lord granted him his desire to die with the people he loved so much. His last words distinctly grasped by those who assisted him were: “Lord, your will be done”. His Lord came to take him at 13.50 on Friday 27 March 1987. At the age of 64.
Father Joseph’s desire to be buried among the people he loved and for whom he gave his life. On the tomb of Father Ambrosoli, there is a plaque reminding everyone that he was ‘A Comboni, a priest and a doctor’. The true message, however, is contained in the phrase that Father Joseph repeated and that the people wanted to be carved in marble: ‘God is love and I am his servant for the suffering people’.