The discovery of oil, together with its geographical position, has brought Guyana to the attention of the major actors, local and distant, that are present in the Latin-American scene.

The United States, in particular, has been working for some time to guarantee the security of the country within which United States oil companies operate, for the added purpose of avoiding its exit from its sphere of influence.
In January 2021, agreements were signed both to consolidate bilateral ties and to send a clear message to Nicolas Maduro’s Venezuela which, a few weeks previously, had again raised the question of the province of Essequibo where the enormous Liza deposits are located and which for years has divided the country, claiming sovereignty over this area which is seen to be rich in oil and gold deposits. 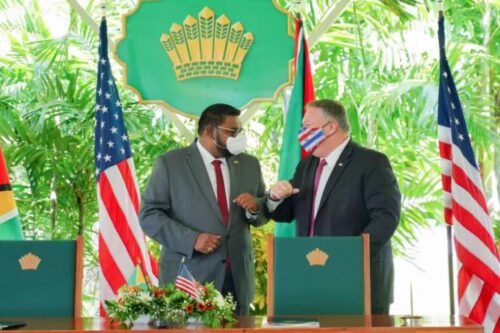 In addition, in September 2021, the Shiprider Agreement, an agreement signed in 2001 and made operative in September 2020, will come into force. This agreement allows the United States Navy and Aeronautics access to the waters and airspace of the Caribbean signatory countries, one of which is Guyana, to carry out arrests and the confiscation of ships suspected of drug trafficking. Nevertheless, according to analysts, since the agreement has not been reciprocated by the Caribbean countries, the ultimate scope of this synergy is oriented not against drug trafficking but at the strategic control of the area and its petroleum reserves.
It is therefore evident that the Agreement with the United States represents for the latter a useful instrument in reinforcing its position in the region where both Russia and China have been established for years, gaining important margins of influence and manoeuvre. Guyana itself, in fact, is within the grand Belt and Road Initiative of Peking. China has already been present in the country for years in the infrastructure sector by means of investments intended to improve the connection with northern Brazil which is the chief partner of China in Latin America. 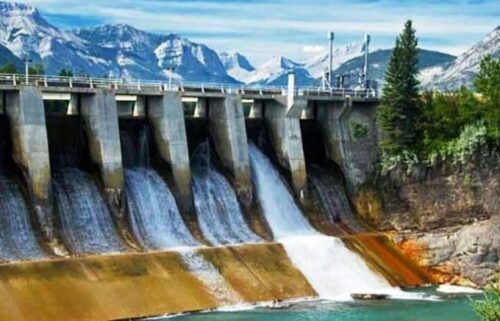 Again, in the view of analysts, this would allow Chinese businesses in Brazil to reach the Panama Canal more easily. China has also been the subject of a loan of around 115 million dollars to be used for enlarging the main airport of Guyana and allow the 747s to land there. Besides, as already foreseen, the Chinese oil company CNOOC forms part of the consortium for the extraction of oil deposits while the China Railway First Group also won a contract worth 500 million dollars for setting up the 165 MW hydroelectric installation of Amalia Falls in 2012.
Russia, too, is present in Guyana with the Rusal aluminium company active in the control of the bauxite mines. With reference to Moscow, it must be said that the region in general and Guyana in particular, is of great strategic value to Russia, besides being a means of sending clear signals to Washington, making its presence felt in the Caribbean and in the back yard of the United States. 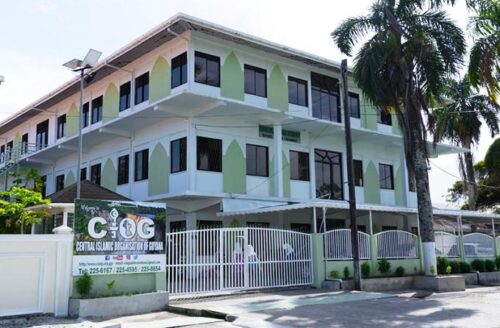 Furthermore, Guyana has been and still is a landscape of clashes between the Islamic powers. This phenomenon first appeared in the nineteen seventies with the cultural clash between Libya, Saudi Arabia and Iran, fought through financing mosques, Koranic schools and cultural exchanges among students. Libya, especially, founded the Guyana Islamic Trust in 1979 through which it financed the running of primary and secondary schools. Iran and Saudi Arabia were equally active and the radicalisation of Guyanese Muslims has been attributed to them.
Intra-Islamic clashes are often expressed by murders and kidnappings like that of the Iranian religious Shiite Muhammed Hassan Abrahemi, sent by Iran to teach at the International School of Advanced Islamic Studies in Georgetown, carried out in 2004. In 2007, some Guyanese, together with exponents of Jamaat al Muslimeen, carried out a failed attack on John Fitzgerald Kennedy Airport in New York. In recent years, there has been large-scale penetration of dangerous Islamist organisations such as Jamaat al-Muslimeen, Jamaat al-Fuqra and Tablighi Jamaat, favoured also by being close to the Suriname and Trinidadian groups whose activities are increasing conversions to Islam among people of African descent. In addition, it would seem that agreements have been made between these organisations and local crime which facilitate Islamic penetration into the country, a threat which is destined to grow, according to informed analysts, due especially to the social unrest caused by the poverty of which the country is a victim.