In the Central Latin-American tradition, devotion is strong to Our Lady with the child Jesus in her arms. The people have made it their duty in their daily life.

The image of Our Lady among the people leads us to contemplate how motherhood is lived-in working-class quarters inhabited by people with indigenous cultures or other backgrounds. In this reality, motherhood has not only an individual meaning but represents a specific social condition of being a woman. The women in communities or neighbourhoods feel responsible for the education and growth of children while respecting the primary responsibility of mothers. 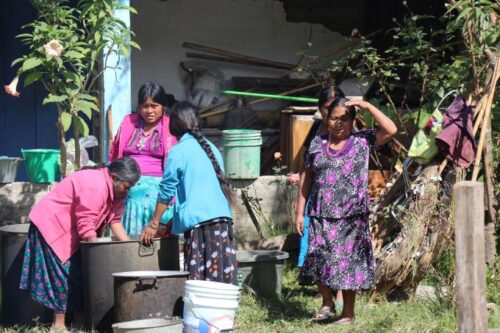 Pregnant women are taken care of by the women of the neighbourhood; for example, the neighbours who sell fruit on the street invite them to choose what they want, thus helping them to find some relief from their possible illnesses.
Cousins, aunts and women friends go to help them with chores and housework. This is what we read in Luke 1:39-56, telling of Mary going to visit her relative Elizabeth, creating a deep bond before the birth of John and Jesus.
When a baby is born, the neighbours, called ‘the Marys’, visit the mother with gifts for the new-born child and food for the mother. When the child begins to grow, the mother goes to introduce him to the neighbours who looked after her during pregnancy: the grocer who sent fruit, the baker woman, the neighbour … all of these are participants in this common style of accompaniment of children until adulthood. “It will always be our wawa” (our child), say the family friends who, once they become elderly, continue to take care of their adult protégé. 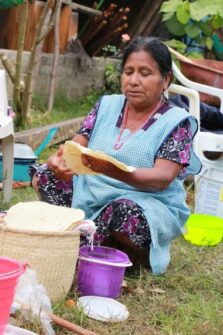 This typically female educational method, exercised in common, includes being careful to protect the child, words of encouragement, help by way of food, support in school as well as a gentle reminder when there is inappropriate conduct.
It often happens, therefore, that boys or adolescents ask for help from aunts or older cousins in school commitments, or exchange the products of their gardens with their neighbours. In this way, these so-called ‘Daily Marys’ create an educational system that avoids, as far as possible, the abuse of the child who is being educated and later, when the child becomes an adult, the necessary attention is maintained to avoid unjust or dangerous situations affecting the person they have helped to educate. 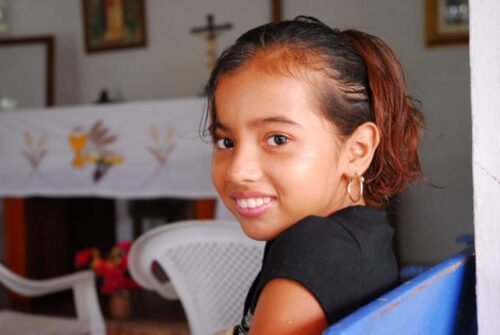 In short, this is an experience of human ecology, a network of communion (Laudato si’ 148). This path of community education is mentioned in Laudato si’ at number 156 which reads: ‘Human ecology is inseparable from the notion of the common good, a principle that plays a central and unifying role in social ethics. It is all those conditions of social life together that allow both groups and individual members to reach their own perfection more fully and more speedily’.
Mary, the Mother of God, is an integral part of this educational method followed by the women of the working-class neighbourhoods, since in the same way that she holds her Son in her embrace, so, together with him, she also supports all the children of the world.