Suriname is a country rich in natural resources in terms of biodiversity, fresh water, raw materials, and cultural heritage.

The mining sector is linked to the extraction of bauxite, gold (which is extracted from the alluvial deposits of Saramacca and Lawa), silver, nickel, and crude oil (which is extracted from an offshore field off the coast of Paramaribo, Saramacca district, connected to an oil pipeline at the Paramaribo refinery). This sector constitutes the most important item of the country’s exports, amounting to 85%. This, however, makes the economy of Suriname subject to fluctuations in the market prices of various goods. In the 1980s, in fact, the fluctuations in the prices of raw materials generated internal political disturbances that resulted in a terrible economic crisis that prompted the country, in the following decade, to resort to international aid granted on condition that the country implemented a development plan including austerity and structural reforms. This plan, however, did not change the state of poverty in which the population finds itself. 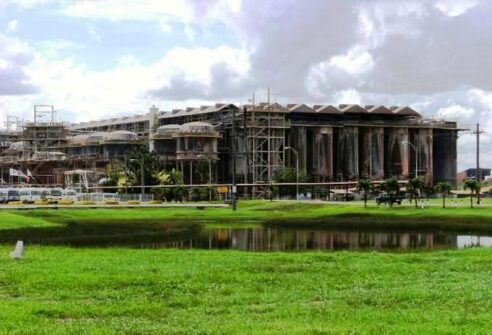 Of the minerals present in the subsoil, bauxite is the one that the country has in large quantities with the largest deposits located in the areas of Accaribo, Moengo, and Param. Once extracted, the mineral is partly exported, mainly to the United States, Canada, Belgium, and Norway, and partly processed on site. The forest heritage, due to its great valuable species, is another important item in the country’s economy. Then there is agriculture, where the cultivation of rice predominates, covering more than three-quarters of the cultivated land, and to a lesser extent, we also find crops of sugar cane, bananas, coconuts, citrus fruits, and legumes. Another important element of the country’s economy is the fishing of crustaceans which, once caught, are sold in foreign markets. From an industrial point of view, the country does not display adequate development, due also to insufficient production of electricity but also due to the absence of skilled labour and foreign investment. The exceptions are industries related to mining and those of a rather modest size that deal with the processing of agricultural and forestry products. Internal trade is underdeveloped, given the prevalence of a strong subsistence economy and insufficient road and rail communications networks, limited only to the coastal strip. 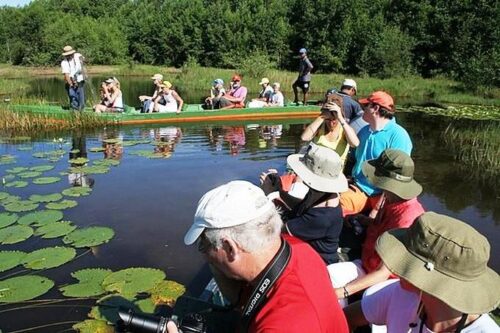 Another significant element of the Suriname economy is made up of tourism coming especially from Holland, but also from drug trafficking, cocaine in particular. In 1999, the then president Dési Bouterse was also involved in these trades favoured by the strategic position in which the country is located.
He was convicted by the Dutch court for drug trafficking, while his son Dino, who was at the head of the national counter-terrorism team, was arrested in Panama in 2012 and extradited to the US.
If the raw materials present in the country on the one hand represent wealth, on the other they constitute a threat to the ecosystem since the high profitability has encouraged gold mining, deforestation, intensive hunting, and poaching.
In fact, these activities, if carried out without due attention, can generate a significant impact on the environment, degrade water quality and damage the ecosystems of southern Suriname with a significant impact on indigenous communities whose livelihood is exclusively guaranteed by their customs and traditions: the use of natural resources, hunting, fishing, and the cultivation of medicinal plants. 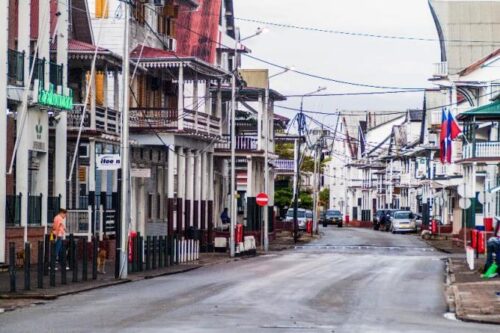 In addition, Suriname is also threatened by climate change which makes natural habitats vulnerable, generating a negative impact on the communities living in the southern part of the country, but also by the phenomenon of land grabbing. This phenomenon threatens, in particular, both the indigenous communities and those descended from slaves who today find themselves living in territories that we could define as strategic due to the presence of raw materials in the subsoil. Already in the past, in the 1960s, the US company Alcoa worked on the construction of the hydroelectric plant, obtaining in exchange the concession for the extraction of bauxite. The work, which led to the formation of Lake Brokopondo, forced thousands of Maroons (mainly Saramaccans) to emigrate to other areas of the country or to nearby French Guiana. In addition to the Maroons, the Maho community is constantly threatened by these phenomena without receiving any protection from the state. (Open Photo: Teal sky and green trees with Suriname river landscape. 123rf.com)
F.R.