Christians and Muslims work together to prevent Islamic radicalism from taking hold in the country. We met some religious leaders.

Abdoulaye Ouasselegue, currently Imam of the Petevo mosque in Bangui, quoted the prophet Muhammad during a Friday prayer sermon and exhorted his faithful to keep their teeth clean. I had heard that Muslims revere the tooth relic of the prophet, but I never would have imagined that the Qur’an would recommend dental cleaning, nor that many spiritual considerations surrounding this topic could arise.
In another corner of the central African capital, in the central mosque of Kilometre Five, the well-known PK5, inhabited mostly by Muslims, I listened to another Imam, Modibo Beshir who exhorted to patience. He addressed himself, above all, to young people and, in order to support his words, he quoted Surah 123: “My God, I implore your mercy. Do not abandon me. I know that you can change my situation in the blink of an eye”. Before the hypothesis that the Islamic radicalism might take root in CAR, it is reasonable to rule out that a Muslim faithful may become a violent jihadist militant by listening to sermons about the importance of cleanliness, as it is considered to be a part of faith,
and about patience. 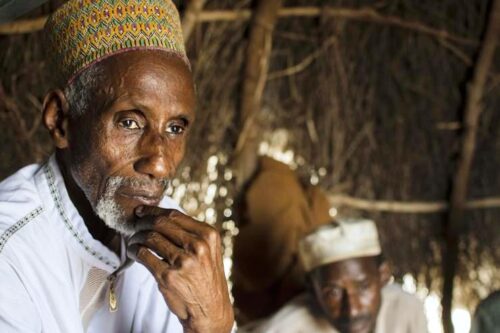 A few days later after listening to his sermon, I met Imam Modibo Beshir at his house. Former minister and historian, in his early 70s, he is considered a ulama – an expert in Islamic religious sciences. He tells me he is very concerned about the situation of young people in the country, who feel angry and frustrated: “Many of them spend months, years, looking for a job, but in vain, they are poor and cannot finish their studies or get married. But true Muslims have to control themselves and have faith in God. He will reward them”.
Both Ouasselegue and Beshir reject Saudi Wahhabism. And both say that it has had dire consequences in other African countries like Nigeria or Mali, where radicalism has taken root. “The Islam we practice in Central African Republic is not aggressive like that which is practiced in other parts of the continent”, Ouasselegue explains. 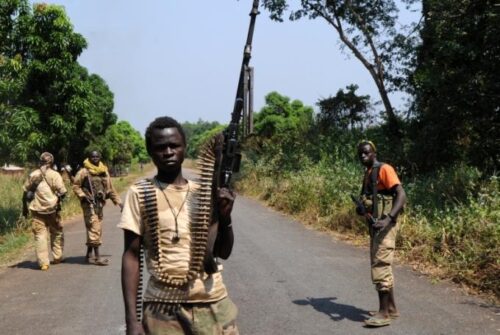 Imam Ouasselegue represents Central African Muslims in the ‘Interfaith Platform for Peace’ since the death, in December 2020, of Imam Kobine Layama, who since the beginning of the crisis in 2012 had worked alongside Cardinal Dieudonné Nzapalainga.
In the context of the dramatic civil war in the Central African Republic that broke out in 2012, Imam Kobine and Cardinal Dieudonné Nzapalainga played a role in calming down the spirits, denying that the war had religious motivations, and many believe that the two contributed to avoid a religious conflict between Christians and Muslims between 2013 and 2014. Imam Modibo Beshir underlines the moderate nature of Central African Islam and affirms that a jihadist movement would not find followers among Central African Muslims: “According to the Qur’an, establishing an Islamic state would make sense in a country with a Muslim majority, but here we represent only the 15% of the population. We just want to have our space in society”.

A tradition of coexistence
Many priests and bishops share the same opinion and highlight the tradition of peaceful coexistence between Christians and Muslims in CAR. Father Aurelio Gazzera, an Italian Carmelite priest who has been working in the diocese of Bouar for three decades, talks about a chapel in his parish in Bozoum, which they inaugurated in 2020: “Many Muslims attended the ceremony, many of whom contributed to finance the building of the chapel”. While I was listening to Father Aurelio Gazzera, I remembered that Imam Ouasselegue told me that a few years ago Cardinal Nzapalainga collected money from the Christians of his diocese to help rebuild the Petevo mosque. Furthermore, the reconstruction of the mosque in the Lakouanga neighbourhood in Bangui was completed thanks to a committee of Muslims and Christians. Others, however, are more cautious in ruling out a possible jihadist threat. 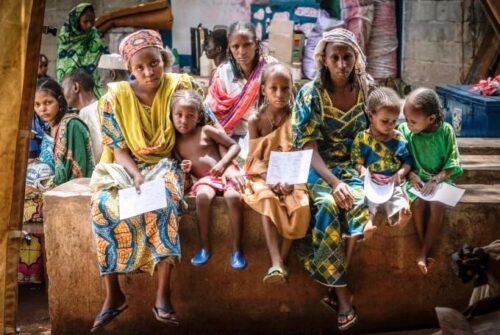 The bishop of Bambari, Monsignor Richard Apora, recalls that when the Seleka, an alliance of rebel militia groups whose members were mostly Muslim, occupied the city in December 2012, its militiamen attacked the cathedral. Monsignor Apora also recalls that, in 2018, two priests were murdered by the rebels of the UPC (Unity for Peace in Central Africa), a splinter group which refused to join the FPRC’s Séléka reunification attempt, whose combatants belong to the Peúl ethnic group. The UPC was also responsible for an attack on a camp for displaced people in the Alindao bishopric compound in November 2018. More than 120 people died, including two priests who were killed when they tried to stop the madness of the attackers. The bishop of Bambari, however, is reluctant to generalize and points out that the Imams of this city have always condemned the UPC.

External influence
Despite the fact that there is no evidence of any jihadist group in the CAR territory, the geographical proximity of radical groups in other African countries raises worries. Between 2014 and 2019 the jihadists have increased their attacks throughout large areas of sub-Saharan countries.  Many political analysts point out that, after the defeat of the Islamic State in the Middle East – especially in Syria – the Islamist groups turned their eyes to Africa. 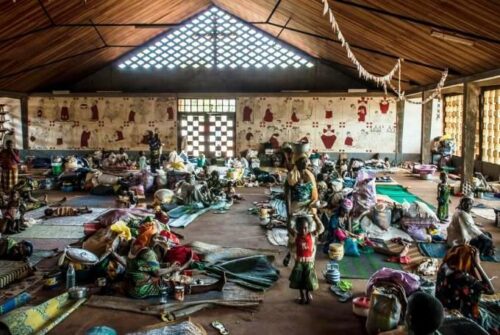 Before that, thousands of its militants arrived in Libya where, taking advantage of the chaos that followed Gaddafi’s death, they had access to huge quantities of weapons and reached several countries in sub-Saharan Africa. Since then, fighters of the Islamic State and Al Qaeda have been operating in Somalia, Mali, Burkina Faso, Niger, Nigeria, and the Democratic Republic of Congo. Kenya and Tanzania have some sleeper cells, while Chad and Cameroon have suffered raids by Boko Haram, although both countries have been able to keep them at bay. Other countries bordering the Sahel region, such as Benin, Togo and the Ivory Coast, fear becoming the next targets of Islamist groups, while the province of Cabo Delgado in Mozambique is already a target of jihadists’ attacks and threats.

CAR’s past
The Central African conflict, which reached its climax between 2013 and 2014, might have opened the door to jihadist groups in the country, but several circumstances avoided the danger. “In our society we have a very strong tradition of peaceful coexistence between Christians and Muslims. You can find faithful of the two religions in the same family”, says Cardinal Nzapalainga. The cardinal recalls that, when in 2014 there were attacks against Muslims and some jihadist radicals posted videos on internet calling for revenge, Imam Kobine Layama responded that in CAR, Christians protected Muslims from the attacks of the anti-Balaka. 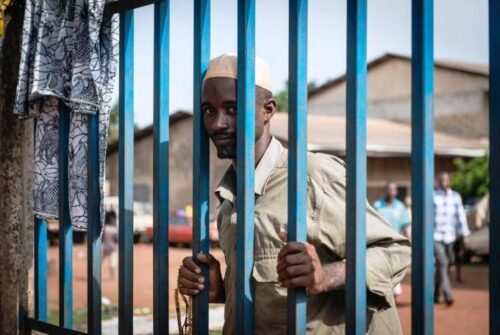 Cardinal Nzapalainga, who for more than a year hosted the Imam and his family in his residence, mentions numerous cases of Catholic parishes that became a safe refuge for many thousands of Muslims. Many Christian priests put their own lives at risk to save those of Muslims.
In 2014, as a result of internal divisions and competition for the control of natural resources over the national territory, the Seleka started to split up into smaller armed groups, which included Muslim fighters, and which were not characterised by ideological or religious criteria.
However, many political observers warn that it is better not to be too optimistic. At the end of 2020, in the run-up to the general elections in the Central African Republic (CAR), ex Seleka factions joined forces with former enemies, anti-Balaka groups, in a new alliance called Patriots’ Coalition for the Change, CPC in short, in order to oust re-elected President Faustin-Archange Touadéra.
The Army and its allies, the Russian mercenaries of the Wagner group, regained a large part of the national territory during the first months of 2021, but in many cases they committed serious abuses against Muslims, who were accused of collaborating with the CPC. The news about all atrocities committed, which the UN has documented in a lengthy report, is sparking enormous resentment among young Muslims, including the thousands languishing in refugee camps in Chad. Opportunistic leaders might take advantage of these feelings of anger and resentment and fuel the desire to take revenge. If young Muslim people fell into the trap of jihadist groups, CAR would have to face a dark future.
(Open photo: Archbishop Dieudonne Nzapalainga and the late  Imam Omour Kobine Layama of Bangui pray together during a tour to spread the word of tolerance and reconciliation. Photo: Sam Phelps for CRS)