One morning the inhabitants of Rocinha – the largest favela in the city of Rio de Janeiro, and one of the largest in Brazil -, were woken up by shots and screams. Dozens of gang members armed with rifles and guns, descended on the favela, while the Pacific Police Unit (UPP) did nothing to stop them. They were the men of Antônio Francisco Bonfim Lopes, also known as Nem, and they tried to force Nem’s former bodyguard Rogério Avelino da Silva, alias ‘Rogério 157’ to flee the favela. ‘Rogério 157’ had reportedly broken from the ranks of Nem’s ADA gang (Amigos dos Amigos gang) (‘Friends of Friends’ gang, in English) and joined forces with the CV (Red Command) in an apparent attempt to assert greater control over the local drug trade. Last December Rogerio Avelino da Silva was arrested. But the fighting between the rival gangs continues. 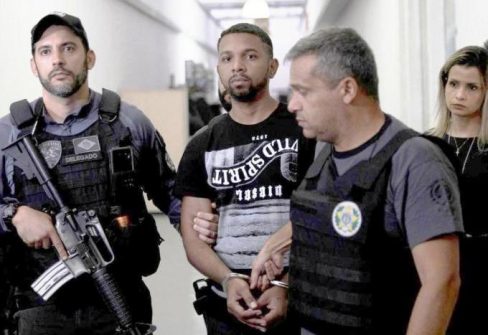 Rocinha favela’s drug trade control has been divided into two factions: ADA controls the drug traffic in the lower part of Rocinha, while CV has taken control over the main sales areas in the upper part of the favela. The 100 thousand residents of the area live in constant fear. “We know what is like being unable to get back home from work because of the shootings”, says one of the inhabitants of Rocinha.
At the beginning of October, the Caixa Econômica Federal bank agency located in the favela was forced to suspend its services due to the violence in the region. When shootings are constant, the ATMs cannot be replenished and the electric transformers which are damaged by the shots cannot be repaired due to the lack of security for the maintenance teams. “Inhabitants feel abandoned. When gang clashes erupt, the residents in the favela may not have electricity even for two or three days, while taxis-motorbikes and school bus services are suspended. Schools and hospitals close. We all remain prisoners in our area while criminals are free to do whatever they want”, adds another resident. 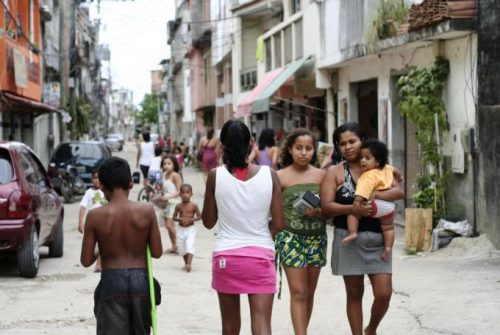 The inhabitants of this favela feel that the police and the State are not able to protect them, and they are convinced that things would become even worse if the Vermelho Command (‘Red Command’) prevailed, since CV is an even more scary and violent criminal group than ADA is.  Five hundred and fifty men belonging to the Military Police battalions and to the Pacific Police units are currently patrolling not only the favela but also the Lagoa-Barra highway that surrounds it. According to the latest report released by the Military Police, clashes have left ten people dead; 27 adults and seven minors have been arrested; 19 rifles, three machine guns, five carbines, 21 pistols, 39 grenades and more than two tons of drugs have been seized. Even the Armed Forces, with 950 men, intervened in Rocinha to stop violence during the most critical moments: between 22 and 29 September; and on 10 and 11 October. 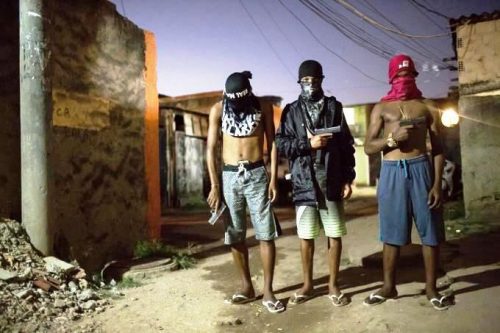 However, according to Ignacio Cano, the coordinator of the Centre for Violence Analysis at the State University of Rio de Janeiro, “Authorities are reacting and facing violence as always, that is in an impulsive and uncoordinated way. Without clear planning, the presence of the Army is ineffective, it is just an attempt to make it appear that the federal government is doing something”.
“Police patrolling in Rocinha should go on for at least three months in order to be effective”, according to José Vincente da Silva Filho, ex-national security secretary. “Police intervention should be systematic, there is currently a lack of cooperation and coordination between the police and the National Force. Today, Rocinha still represents a social failure”, he says. 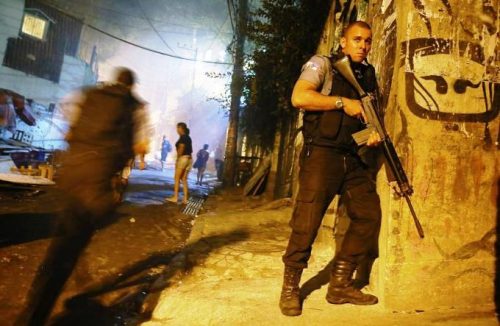 Ignacio Cano agrees with the former secretary of national security: “The State should resume the implementation of the pacification project of the favelas and start to focus on social issues”. In the meantime, the federal government is preparing social programs aimed at reducing violence in the favelas of Rio de Janeiro. These programs, will mainly focus on young people in order to provide them with medical assistance and proper nutrition and in order to encourage their involvement with the practice of sports. However, nobody knows when these social initiatives can become reality.
In an open letter, Archbishop Orani Tempesta, and the bishops of the diocese of Rio de Janeiro, deplored the ‘social catastrophe’ in the city. “We, as shepherds, cannot help suffering because of the so many precarious situations in the favelas, where there is no respect for life, and no respect for others”. In the letter, the bishops urged the society to intervene in order to provide security in the favelas where reality is ‘shocking’. “We want to promote the culture of life. We urge all Christians to be witnesses and to spread the idea that a new era is possible. Evil can be defeated by good. The culture of death can be defeated by spreading the culture of life”, they declared in the letter. Thus, the bishops invited parishes, Catholic communities and movements to “open their doors and go out, as a good Samaritan Church, as a Church on mission, searching for those who are suffering because of violence”. The letter ends with a request for effort from everyone to find quick solutions in order to reduce people’s suffering. (A.M.)