The new encyclical of Pope Francis, Fratelli Tutti (Brothers All) draws attention to social consciousness of the common responsibility toward building solidarity, social friendship, global citizenship and fraternal economy.  How the encyclical speaks to the continent, and how Christians and people of good will ought to respond to the social concerns of our society today.

In Nairobi where I live, one witnesses a social dichotomy that is found in most major cities in Africa, and some parts of the world – affluence and opulence alongside poverty and desperation; the majority youth population desperate for employment alongside political and economic predators focused on exploiting the young people’s despair; leaders committed to social change alongside corrupt leaders bent on amassing wealth at the expense of the poor.  The paradoxical situation of Nairobi draws one to question the extent of the effectiveness of an inherited capitalistic system embedded in democratic aberrancy that falsely reflects the perfect progression to a ‘developed society’, an imported acquisition of the western definition of ‘development’. 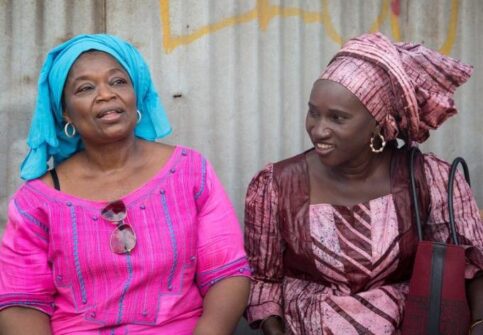 It is indeed sad that the growing middle class in most African capital cities is fast moving into a capitalistic lifestyle that threatens Africa’s communitarian heritage, and embraces wholesale what Francis has persistently termed “globalized indifference”, false security in self-independence. In fact, in most of these cities, the wealthy suburbs have developed a “culture of walls” (FT 27) – physical walls that keep out the perceived ‘dangerous’ poor, robbers and thieves – and at the same time, social walls that make clear distinctions between the poor and the rich, politicians and citizens, the ruling class and the ruled class, the dominant and minority or marginalized ethnic groups, the employed
and unemployed.
This dichotomized society runs parallel to the ‘economic progress’ clearly indicating that there is a need to review the current structures of social organization in Africa. These economic structures deceptively create false comfort on a fragile foundation that can only be termed as a ‘time-bomb’. Francis deplores that many people feel “more alone than ever”, (Ft 19; 28; 29; 33) with the world economic system confining the majority of the population to tools of work, under the disguised criteria “of market freedom and efficiency” that privatizes the common good to a specific economic class.

New forms of poverty
The paradoxical reality of the disparities between economic growth in Africa and increased poverty in the continent is a clear reflection of the dysfunctionality of the inherited economic systems that Pope Francis strongly condemns. He states that “Some economic rules have proved effective for growth, but not for integral human development.” (FT 21). He adds that while perceptively wealth has increased, inequality has concurrently increased, and new forms of poverty have emerged, perpetuated by persistent corruption that diverts public funds
to private individuals. 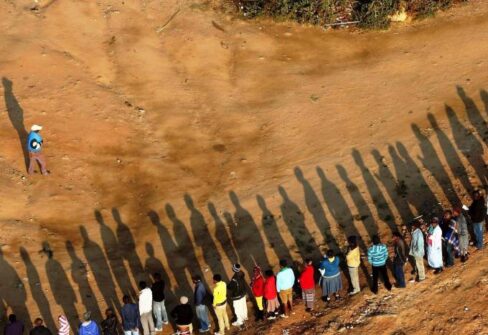 It is important that any economic system takes into account the needs of the poor and marginalized while considering the fact that a large unemployed population is vulnerable to human trafficking, child abuse, recruitment by violent extremist groups, popular insurrection and disguised slavery in the form of paid labour. Francis strongly condemns these forms of modern-day slavery that treat vulnerable persons as objects “…whether by coercion, or deception or by physical or psychological duress.” (FT 24).  In Africa, women tend to be more vulnerable to human trafficking and modern-day slavery. More and more there are reports of African women searching for jobs and ending up trapped in bonded labour in Arab and European countries. Francis emphasizes that “women possess the same dignity and identical rights as men” and should therefore not be treated in a manner demeaning their rights and dignity. 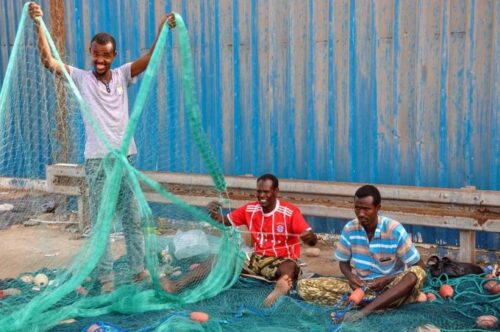 Communitarianism is strongly emphasized in Fratelli Tutti, with a warning that the world is fast losing the sense that we are a global community, echoed in Francis’ call in Laudato Si, in which he reiterated that the world is our common home. (LS 13).
The Pope states that the COVID 19 experience has shown the world that “we are a global community, all in the same boat” (Ft 30) and mutually experiencing each other’s problems. Africa has often been characterized as a communitarian society where shared socio-cultural values enhance social cohesion, and bind the people together. While the communitarian attitude and social solidarity are still strongly appreciated in Africa, there have been a lot of social pressures that have threatened the sense of shared communal values.
These have largely been due to growing urbanization, increased capitalism and reduced communitarian economic resources that hitherto sustained economic support to those most in need. 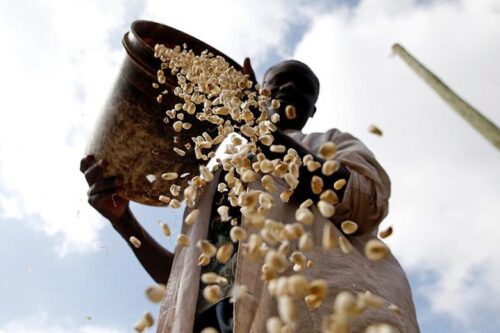 Diminished communitarianism has created a sense of “loneliness, fear and insecurity”, trapping especially the youth into “a false communitarian mystique” that generates “bonds of dependency and fealty” under the control of the propagators of violence. A good number of youth in Africa have been used by politicians to fan violence against political opponents or rival ethnic groups, leading to loss of life and the destruction of property. The ethnicization of politics and politicization of ethnic identities have rendered the continent prone to conflict.
These tendencies have propagated violent conflicts that have led to social, ethnic, political and religious divisions and these situations have threatened the African ‘ubuntu’ theological wisdom that underlines the interlocking and intertwined nature of human life – my humanity is defined by your humanity and vice versa.
In other words, a human person is only human through another human person.  This calls attention to respect for human dignity and appreciation of a broader sense of fraternity defined in a magnanimous sense of love of one’s neighbour.

Who is my neighbour?
In a classical theological reflection on the Good Samaritan, (Lk 10-37; Ft 56-86), Francis makes an elaborate reflection on who is indeed my neighbour and draws attention to the busy fast-moving life that often leaves no time for social friendships. As a result, there tends to be a predetermined distinction of who deserves to be one’s neighbour, and who ought to be automatically disqualified and termed as ‘minority’ group, immigrant or migrant, refugee or trafficked person.
The concept of neighbour is reduced to persons in closed circles of relationships. Francis calls for a broader conceptualization of neighbour to include persons most in need.  Hence, the story of the Good Samaritan calls back humanity to a kind of love that “shatters the chains that keep us isolated and separate.” 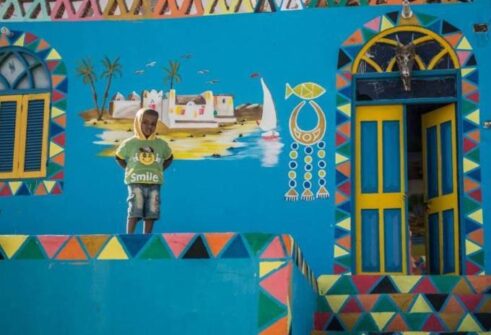 To address conflicts and divisions, such as those in Africa, Pope Francis proposes a call to a courageous review of past crimes and injustices with a long-term view of reconciling divided communities. In fact, in this particular section of the encyclical, Francis uses very blunt language and does not mince his words on what the reconciliation process should entail. The Pope calls for a bold encounter with the reality of hate and revenge, tying mediation and dialogue to sincere acknowledgement of past wrongs, seeking to forgive without necessarily forgetting the wrongs, but being open to reconciliation in order to build a new future together. He calls on previously fierce enemies “to speak from the stark and clear truth” (FT 226), while learning to cultivate “a penitential memory” open to exploring a new future together.

Social friendship
There have been several attempts in Africa to address the past wrongs through transitional justice processes. These have either taken a justice approach that seeks to prosecute crimes or a reconciliation approach that aims at reconciling individuals and communities in conflict. Truth commissions in South Africa, Kenya, Nigeria, Ghana, Sierra Leone and Liberia, among others, have focused on bringing the victims and perpetrators of violence together in a search for truth. These commissions, to some extent, have attempted to address historical injustices, despite diverse contextual limitations. One of the major limitations has been the lack of political will to pursue the reconciliation agenda, reducing transitional justice processes to political theatrics meant to calm emotional expectations. 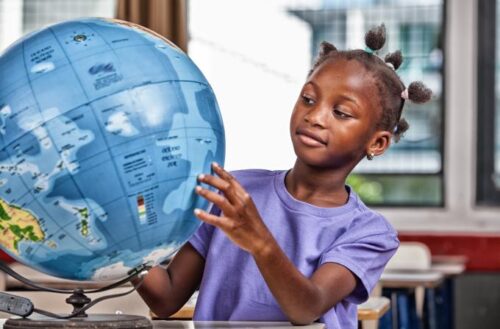 Like in many parts of the world, democracy in Africa is in a crisis, and politics has largely been sectarian. There are a number of African countries that have subjected democracy to mockery through constitutional coups that create life presidencies or political manipulation of electoral results to remain in power. Francis laments that “For many people today, politics is a distasteful word” and the world is “suffering from grave structural deficiencies” that need to be addressed comprehensively through inclusive approaches that take into account the needs of all sectors of society FT 126).
Politicians have tended to use the masses as stooges, giving “free rein to ideologies” aimed at advancing political power, to the extent of inciting them to violence (FT 77). 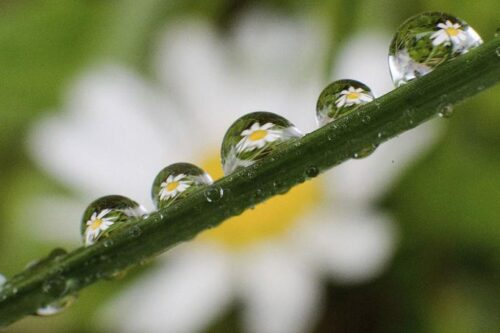 Francis regrets that any political “victory consists in eliminating one’s opponents”, dominating the other and paying no attention to the common good that binds society together (FT 15).  As a result, competitive politics has been manipulated by the rich and powerful, reducing democratic practices to political tools for the advancement of power, control and the accumulation of wealth.  Pope Francis thus appeals for good politics that is “built upon respect for law and frank dialogue between individuals”, initiating bridges across the different social-political divides of society within a communitarian framework.
In conclusion, Fratelli Tutti makes a strong appeal on the need to form “social friendship” advanced by fraternal economy that goes beyond individualistic attitudes sustained by parenthesized solidarity. Social friendship is founded on “social love” as the encyclical insists, making it possible to move towards achieving “a civilization of love” beyond the walls of separation and discrimination.