For over fifty years he has been the voice of this ethnic group of Ethiopia and has garnered considerable popularity. He had disagreements with Haile Selassie and with Mengistu. He died last November in Dire Dawa.

Although he left Ethiopia in the 1980s and stayed away for about twenty years, Ali Birra continued to be much loved in his homeland. He was one of the great protagonists of the extraordinary season – the 60s and 70s – of modern Ethiopian music.
His success and the continuity of his popularity appear all the more extraordinary when one considers that, in a landscape of Ethiopian music of the roaring twenties that was otherwise entirely in Amharic, Ali Birra was a more unique than rare case of an Oromo singer, with a repertoire in the language of this ethnic group historically dominated and despised by the Amhara.
Ali Birra, born Ali Mohammed Musa, was born in 1947 in Dire Dawa and died last November 6. At thirteen, Ali joined Afran Qallo, a pioneering modern Oromo music group. A Muslim like many Oromos, at fifteen, during the celebrations for the end of Ramadan, Ali made a splash by singing a song entitled Birra Dha Barihe – “birra” in the Oromo language means spring – and Ali Birra thus became his stage name. This is how he puts it: “I was lucky to be a singer in an era when there were few Oromo singers, so I was able to influence the thinking of the listener”. 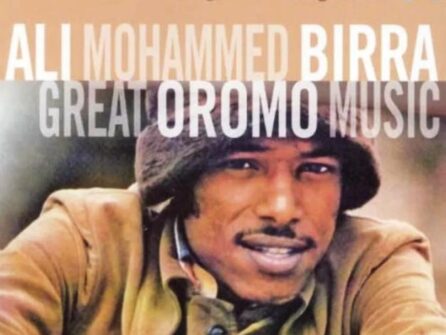 Ali Birra produced his first music Album in 1971, the first in the history of Oromo music. (Linkedin)

However, his good fortune came at a price. From the age of sixteen, he was repeatedly arrested and spent several months in prison: in Ethiopia at the time, it was forbidden to sing in the Oromo language and value the Oromo culture. Afran Qallo was also an intellectual group, in tune with the restlessness of the youth and students, often of a Marxist orientation, who in Addis Ababa dreamt of the fall of the emperor.
The lyrics of Birra’s youthful songs are influenced by or borrowed from the lines of Oromo revolutionary poet Abubakar Mussa, and like so many of his peers, Birra is not simply a nationalist and sees Oromo liberation in the broader context of socialist revolution. Some of Afran Qallo‘s young people know Arabic well, and treasure the Yemenite and Sudanese musical traditions: Afran Qallo‘s music thus differs from the Amharic one not only in terms of language but also for a physiognomy that brings it closer to Arabic and even Indian music. 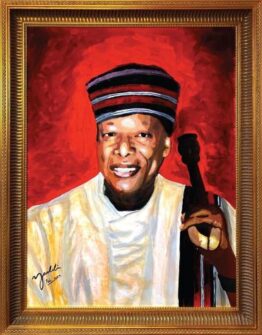 In 1966 Birra moved to Addis Ababa. In the capital, he met Ahmad Taqi, one of the first Oromo nationalist militants, and it was Taqi who bought him a guitar: in ’74 Taqi, died in combat with a group of Oromo guerrillas; for Ali Birra, the mourning was heartfelt.
In Addis Ababa in the 1960s, Ali Birra’s fame expanded. Protagonists of the development of modern Ethiopian music were the orchestras of military corps, the only ones to have musical instruments and resources to experiment, and Birra is enlisted in that the imperial guard. He stands alongside idolized singers like Tlahoun Gessesse and Mahmoud Ahmed; it’s a prestigious landing place, but he’s not at ease, he doesn’t even speak Amharic well.
During a ceremony he does not prostrate himself before Haile Selassie: he defended himself by claiming that a Muslim does not bow before any human being, but ended up in prison. In ’69 he left the orchestra and worked on the Ethiopia-Djibouti railway. In ’72, he returned to Addis and to music. Birra was now re-integrated and continued to sing in the Oromo language, at this point, he rose to be a national star.
In Haile Selassie’s last years, Ali Birra did not limit himself to the use of the Oromo language. With the refined Ethiopian art of the double entendre – called “wax and gold” – he lets the nationalistic passion of the Oromos and the resentment towards the Ethiopian monarchy (with its authoritarianism and its colonial attitude) as well as the Coptic Christian Church, linked to the monarchy in a relationship of mutual support. 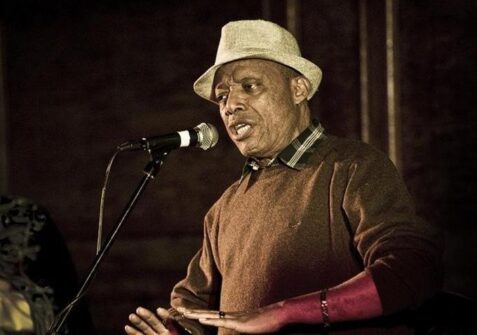 Ali Birra was singer, composer, and poet. (From Facebook)

In 1973, Birra published Awash, which became an anthem of Oromo nationalism and escaped censorship thanks to the double-meaning technique. After the overthrow of Haile Selassie, in 1975 Birra republished the song in a much more direct version, in which he invited the Oromos to get rid of all aspects of the old regime and to commit themselves to the socialist transformation of society. But within a few years, faced with the turn given to the revolution by Mengistu, the Oromo cause also returned musically clandestine: Birra badly tolerated censorship and the obligatory reference in songs to Marxism-Leninism. In ’84 he left Ethiopia. In the meantime, in a life in which women and alcohol have played a non-secondary part, there is also his marriage to a Swedish woman. After having lived in various countries and mostly in Canada, where he had created an NGO engaged in the schooling of children in Dire Dawa and in other centres of Ethiopia, in 2005 Ali Birra returned to his homeland where he saw that his popularity was still great. On 6 November, Ali Birra died in a hospital in Adama, a city in the Oromo region, southeast of Addis Ababa. The funeral was attended by thousands of his fans, but also by politicians and artists: a eulogy was delivered by Mahmoud Ahmed. In a tweet, Ethiopian Prime Minister Abiy Ahmed, also of Oromo ethnicity, said that Ali Birra “was a role model for many”, and that “with his songs, he promoted unity, perseverance and culture”. (Open Photo: Twitter)