It is the new frontier of the Google and Facebook Web colossi that will invest billions of dollars in infrastructure to cable the continent. Possibilities and questions.

It is called 2Africa – but it is also known as Simba – this Facebook project whose aim is to cable the entire continent. It is expected to be completed between 2023/2024. Substantially, it involves the installation of one of the longest undersea cables in the world, 37,000 km, connecting Europe, the Middle East and 16 African countries.
The purpose of this installation is to support the growth of 4G 5G and constant access to broadband for millions of people and businesses. The system of cables will connect the eastern and western coasts of Africa, using the most advanced frontline SDM (Spatial Division Multiplexing) technology available today for undersea cables, capable of a more than 50% increase in depth while avoiding disturbances and guaranteeing maximum levels of service. 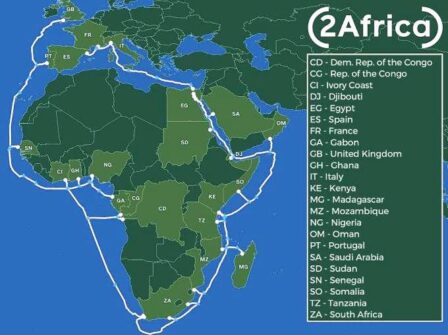 The producer of this mega cable which will, in fact, circumnavigate Africa, reaching the Middle East and Africa, is Alcatel Submarine Networks. The project of this company plans to have a board of national and international partners such as Telecom Egypt, which will provide new routes crossing the globe and provide a new, uninterrupted fibre optic pathway between Eastern Africa and the continent of Europe. Cost: a billion dollars or more.
This is a similar amount to that declared by Google for its Equiano (a former 18th century slave and abolitionist of Nigerian origin). The Google plans involve five years of activity and ambitious targets: to increase internet speed by a factor of five and reduce the cost of a data connection by up to 21%.
The historically evocative cable will have three contact points: starting in Lisbon, it will follow the west coast of Africa to connect with Nigeria and South Africa, calling at the island of St Helena and Namibia. Google already has about ten investments of this sort, but this will be the first cable reaching from Europe to Africa. The first stage ought to be completed before the end of this year. Alcatel Submarine Networks has also been engaged to create a cable capable of ‘incorporating the optic commutation at the level of fibre optics, rather than the traditional approach of communication on the level of bandwidth’. 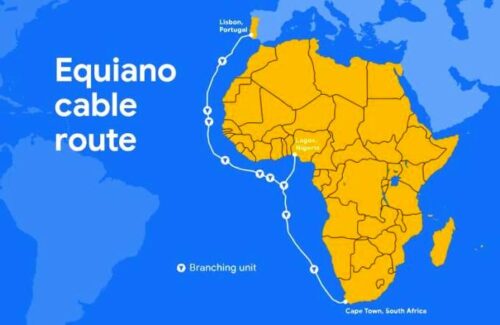 The other digital such as Microsoft, which also has its undersea cable in the Atlantic, or Amazon with its broadband satellites, are engaged in technological investment in Africa. It is clear that, in a continent where the distribution of Internet – the percentage of each 100 inhabitants – stands at only 11% and where less than half the population is connected, investment in this sector seems essential.
Finance, education, health, information: all these use the Web. In other words, the use of the Web for these services facilitates the life of individuals (at least this ought to be the aim).
The Davos World Economic Forum recently indicated five ways in which universal access to the Internet could transform Africa: by increasing the productivity of crops (in a continent where agriculture employs 65% of the workforce and earns one third of GDP; encouraging e-government (by automating the registration of fiscal income, for example; guaranteeing access to health structure and consultations online (also e-learning to tackle the shortage of health workers), and educational systems, universities and cultural centres; by reducing the sociocultural gap; and providing financial services to remote areas.
To these advantages we may add the reduction in corruption levels (requiring documentation or other services online would avoid the obligation of kickbacks so common in public offices). 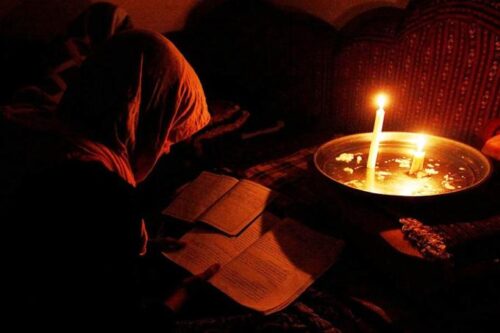 A student studies her books in candlelight during a blackout in her house in Tripoli, Libya. Photo IOM

Lastly, greater connectivity would favour the decolonisation of culture. The more the connection and interaction there is with Websites that ‘speak African’, newspapers that speak of what is happening in the continent from within and with their own voice, the more space becomes available to facilitate the new narrative on Africa that is so badly needed.
Nevertheless, the risks and obstacles associated with such investments are considerable. To avoid them, for the most part, the intervention of African governments is required. For example, one of the reasons that, until now, has prevented or delayed the use of the Web in African countries is the unreliability of electrical power (there are frequent blackouts and drops in voltage). It has been calculated that more than 600 million people in Sub-Saharan Africa have no access to electricity. Another obstacle is the economic question. Even though the Chinese brands have brought in low-cost cellphones and smartphones (some models cost less than $100), we must not forget that more than 40% of the Sub-Saharan population still live below the poverty level, meaning they earn less than two dollars per day. Consequently, even though these projects aim to reduce distances by reaching remote areas and reduce the cost of surfing, the inequality between urban and rural areas must be faced on the economic and socio-cultural level. 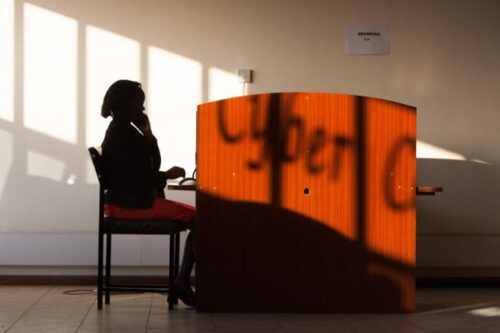 This is not all. It begs the question as to who stands to gain by these projects. Will the companies that connect the more than 700 million non-connected Africans guarantee the neutrality of the Web? Will there be greater freedom of expression? Or will African governments continue to impose censures and make use of ‘coordinated disinformation’ to influence citizens to their own advantage and suppress opposition? In addition, a far from secondary question is who will acquire the value of the data (a more precious resource today than oil) gained from African users? The African governments will also have to start acting on this front to guarantee the privacy of their own citizens, just as it is important that the citizens are openly informed as to how, by whom, and for what reason, their data could be used. The big companies have already invested in this field. Microsoft was the first of the large companies of public cloud to open data centres in Africa (Cape Town and Johannesburg) and AWS (Amazon Web Service) is expected to open one, also in South Africa. It is to be expected that Google will follow suit.