A single ship lodged in the Suez Canal halted maritime commerce and caused a rise in oil prices. Many countries are looking for alternatives.

All it took was for the container ship Evergreen to become stuck in the Suez Canal, on 23 March 2021, for the global economy to suffer severe repercussions (Bloomberg estimates a loss of 9.6 billion dollars). A sandstorm in Suez produced an earthquake (financial) on Wall Street.
The Suez Canal receives 12% of world goods: 30% of container ships, 10% of goods and 4.4% of world crude. When the accident occurred, the price of crude jumped considerably, almost 6% on the first day after the blockage. During the epidemic, the abundance of supplies, the poor economic outlook, and the decrease in production in line with demand, kept oil prices down. 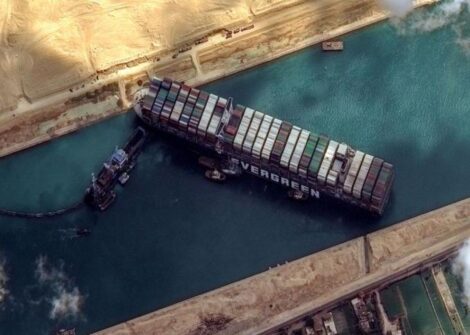 The fact remains that the Suez Canal, and other narrow straits used by merchant ships, are a source of enormous profits for those who manage them, and the countries where they are located. Toll fees from ships transiting the Panama Canal in 2018 reached a record high of 3.3 billion dollars, constituting the chief source of income of the Central American country. However, at the same time, these passageways are fragile and delicate bottlenecks. Benefits and risks are leading half the countries of the world to seek alternatives. 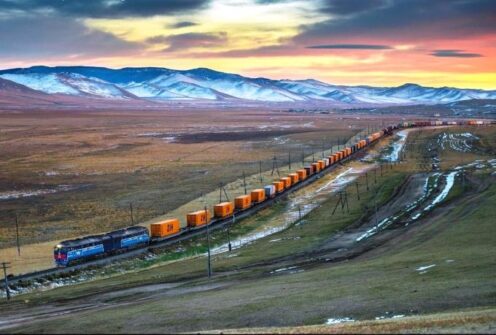 Container train from China to Europe

There are two railway alternatives to maritime transport. The first involves a journey of 11,000 km from China to the Atlantic, a journey that would take only 15 days while the sea journey takes 60.
However, trains would carry a much smaller amount of goods than container ships.The second alternative would be a high-speed line that would bypass the Suez Canal, running from the Egyptian port of Ain Sokhna, in the south, to El Alamein, on the Mediterranean, in the north, a journey of 500 km that would take but a few hours (though it would be necessary to take into account the time necessary for loading and unloading goods from the ships).

Many countries are working on the problem: Thailand, China…
In the geo-strategic field, other Asian countries are considering new modes of transport. Thailand is working on a project to build two ports on each side of the narrowest part of the country, connected by a railway. This would facilitate the transport of goods from the Gulf of Thailand to the Sea of Andaman, from the western Pacific towards the Middle East. The aim is to avoid one of the narrowest and most congested and dangerous straits in the world: that of Malacca, facing Singapore. More than any other country, China is hard at work to ensure itself alternatives to sea transport for its goods. The more prominent initiative, launched by President Xi Jinping in 2013, is the Belt and Road Initiative. It consists of an impressive series of railways connecting the country to South-East Asia, Central Asia, Pakistan, and Europe. 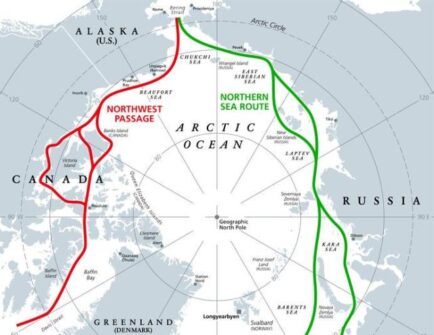 The main railway will connect China to Europe, passing through Kazakhstan, Russia, and Belorussia. Others will connect Xinjiang to Turkey and also to Russia through Mongolia. At present, the railways connecting China to Europe are unable to transport any more than 10% of the total exports of the Chinese colossus.
The Arctic maritime route, which Xi Jinping also supports within the Belt and Road Initiative, promises to take on increasing importance with the advance of global warming which will facilitate navigation from Shanghai to Bergen in Norway, in collaboration with Russia. Nevertheless, the danger of accidents leading to the spillage of oil into the sea and the consequent environmental catastrophes, are not to be underestimated.
Part of this strategy to develop new commercial roads to become less dependent upon the Suez Canal is the agreement between China and Iran to create a land corridor between Central Asia and the Middle East.
Open photo:  Suez Canal. ©Byvalet/123RF.COM