Serbian demography is also following the trend of the other surrounding countries, registering a considerable decline in population, something that involves especially the citizens belonging to the Serbian ethnic group.

Demographic studies inform us that, in the period from 1991 to 2011, the population changed from 8,010,000 to 7,186,000, while the population of autochthonous citizens recorded a sharp decline from 6,616,000 to 5,988,000. In Serbia, too, the Roma are moving in the opposite direction; during the same period they increased from 90,000 to 147,000. However, the true figures may be much higher. In fact, data elaborated in 2012 by the Roma and Nomads Division of the Council of Europe, indicate numbers that oscillate between 400,000 and 800,000. The birth rate among Roma Serbs, elaborated by an independent researcher, is also remarkable, with figures of 5.32 children per woman as well as 7.9% of Roma families with more than 11 children.
These data show a substantial disproportion in the birth rate among ethnic Serbs which the World Bank certifies to be 1.44 children per woman in the year 2017. 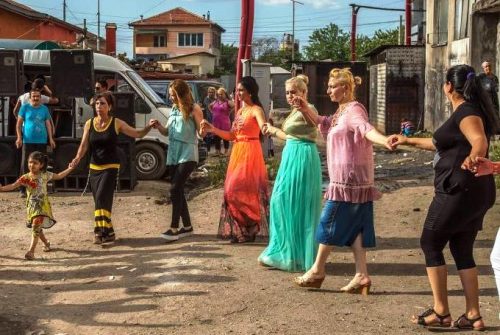 According to a report elaborated by the Council of Europe, for the protection of national minorities, Serbia has a sound legal framework for their protection and the Serbian authorities are making laudable efforts to improve the situation of the Roma communities, regularise the situation of the stateless and develop cultural initiatives. The opposite view is held by the NGO Civil Rights Defenders, which in May 2018 presented a report on the situation of the Roma in the country entitled ‘The Hoop of Anti-Gypsyism: Roma in Serbia’, from which it emerged that, in the past twenty years, the national authorities did nothing to improve the living conditions of the Serb Roma, who it says are still suffering discrimination in the work market and to be victims of hate crimes that never lead to prosecution. It adds that a significant number of Roma are left stateless without the authorities doing anything to provide them with the documents necessary for regularisation, a requirement in order to live legally, avail of services, request social housing and to enter the world of work. 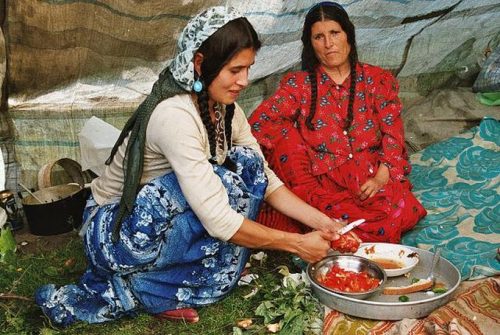 In seeking to understand the precarious conditions in which the Serb Roma are forced to live, it is very useful to examine the data elaborated by the Scholars Strategy Network, within the report ‘The Hard Life of Roma People in Serbia’, put together in 2015, which states that 60% of those people live in ethnic ghettos deprived of essential services such as electricity and potable water.
Other meaningful figures regard illiteracy which amounts to 80%; 60% unemployed; 20% of children never continue going to school after nursery school; 70% of children fail to complete primary school, and only an average of 8% of Roma finish secondary school.
The living conditions of Bosnian Roma are no better; they are forced to live in periphery settlements, deprived of contacts and relations with the rest of the population. In Bosnia too, there is a high rate of unemployment and school drop-outs among the Roma even though school attendance is obligatory, by law, in the country. Just as in many other countries, here too, the Roma have a bad reputation and are the victims of prejudice.

Bosnia-Herzegovina
Even though the civil registration of the Roma is still incomplete, the Roma in Bosnia-Herzegovina are estimated to be a minority of around 50-80,000 people. The data they possess regarding the demographic situation of the Bosnian ethnic group, according to studies the trend is similar to that of the Roma present in other countries of the Balkan Peninsula and, going by demographic data, it is foreseen that they will become the ethnic majority. 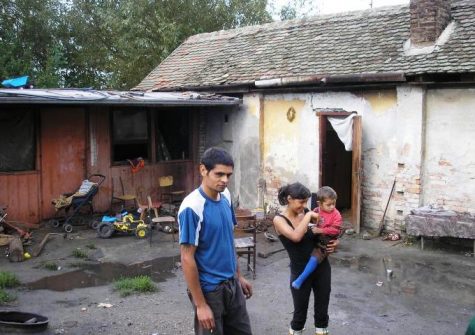 The population, in fact, is rapidly declining with the birth rate as low as 1.26 children per woman, the lowest in the area, and the eleventh worst in the world. As has happened in the other Baltic States, Bosnia-Herzegovina, between 1991 and today, has suffered the loss of more than a million people, declining from around 4,400,000 inhabitants to 3,300,000. The causes of depopulation, also in this case, can be traced to the high level of emigration among the younger generations and in the inability of governments to prepare plans for demographic improvement since they are obliged to work with continually decreasing public funds and mounting social and economic pressures.
Meanwhile, in Serbia and in Bosnia-Herzegovina, just as in the rest of the Balkan Peninsula, the failed integration of the Roma could become a real social threat for the entire European Union, as well as a territory to be conquered by those actors who, taking advantage of the fragility of these countries, intend to broaden their range of action.