In Brazil, where prisons are places of violence and the rate of re-offending is as high as 80%, there are also penitentiaries where the detainees succeed in changing. The secret? Trust, because nobody is beyond redemption. An experience born of a Christian context.

Cleubert was born into a poor and afflicted family, of an alcoholic mother. By the age of thirteen he was already living a life of crime and he was soon confined in various penitentiaries for minors. As soon as he came of age he was condemned to fifteen years in prison. His was one of those explosive Brazilian prisons, places of real violence and actual torture, scenes of furious rebellions by the prisoners among whom the percentage of re-offenders was as high as 80%. 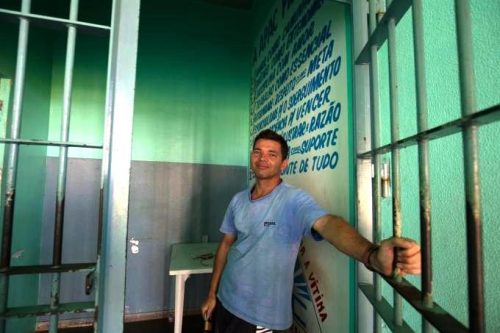 Cleubert happened to be given an unexpected and life-changing opportunity. He was sent to serve the last two and a half years of his sentence in an Association for Protection and Assistance to Convicts (APAC) centre. It was a prison run by an association for the protection and assistance of prisoners. Founded 47 years ago in the state of São Paolo, its method is today recognised by the UN as one of the best among prison systems. They call them ‘prisons without bars’, since the detainees, called ‘recuperands’, are themselves responsible for security within the structure: there are no guards or arms and the prisoners are not just numbers, irredeemable delinquents, but human beings who are offered the chance to take their life in hand and turn it around. They have to come to terms with their faults and overcome them, to become reconciled with their families and with society and to change into new men and women. 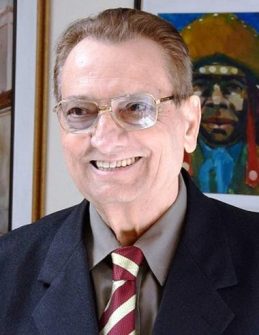 “It was here in this prison that I discovered the real meaning of life, the meaning of respect for others and the meaning of such words as love and family”, says Cleubert, now married with two children and looking after his mother. In prison he was able to study and earned a degree in jurisprudence. He is now a member of APEC in Betim and in Belo Horizonte and working for the Brazilian Fraternity for the Assistance of Prisoners (FBAC), the organisation founded in the mid-seventies by São José dos Campos lawyer Mario Ottoboni, to ‘kill the criminal and save the person’. Ottoboni died on 14 January last.
“Ottoboni, with a group of volunteers involved in prison pastoral, visited Jacarei prison and was struck by the inhuman living conditions of the detainees: this brought him to think of creating a process that would allow those people to recuperate their ‘image and likeness of God’ now overshadowed, through hope, trust and mercy, the three pillars of what would become the APAC method”. 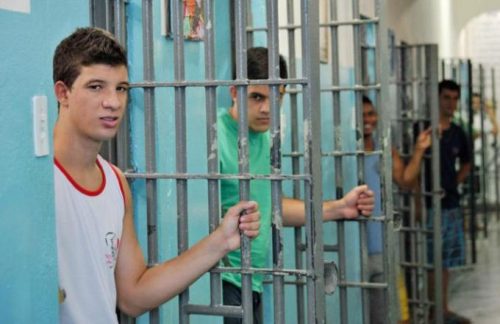 The story is told by Valdeci Antonio Ferreira, a Comboni Lay Missionary, General Director of the Fraternity, who recalls: “The experiment soon began to produce positive results, so much so that the keys of the cells were given to the volunteers with responsibility for the administration of the structure. At that time I was working in the metal industry at Itaúna, in the state of Minas Gerais, and I, too, was shocked when I visited the city prison. When I heard of the first APAC, I decided to go and see it for myself. I stayed for a year, living together with Ottoboni and the detainees of São José dos Campos. I then returned to Itaúna, determined to create another unit there”.
“It took many years of contrasts and challenges and we barely escaped failure for lack of funds, but, with help from the Catholic and Protestant Churches, the project took shape and countless successful social rehabilitations of former prisoners helped us to show the authorities the validity of the method and the thinking behind it: to protect society, bring help to victims and promote justice. Since then, the APECs in Geazil have multiplied: today the method is being fully applied in fifty centres in six states with a total of around 3,500 detainees; a further hundred centres are being established. 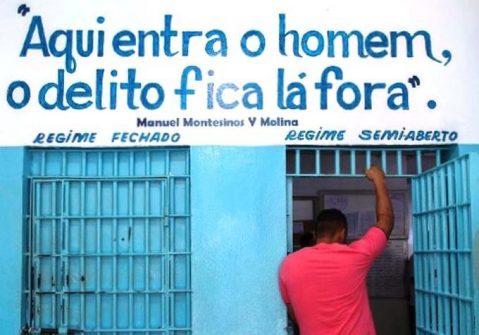 ‘People enter here, crimes stay outside’: this maxim – attributed to the Spanish Beccaria, Manuel Montesinos y Molina – looms large on the walls of these special penitentiaries where there are no overcrowded cells or criminal gangs who ‘keep order’ or groups to defend against the violence of the guards as is sadly the case in the 1,436 detention structures in Brazil, the country with one in four of the world prison population.“The APAC – Ferreira explains – are coordinated by Associations that collaborate with the judicial and executive powers in guarding detainees and, once they have served their sentences, in their reinsertion in society, through a virtual partnership between the state and organised civil society. Even though they only receive finance from the state in special cases, to all intents and purposes they represent an alternative to the traditional penitential system: the prisoners serve their sentences in cells but there are no guards.The prisoners themselves keep the keys of the structure and see to the cleaning and cooking, as well as the organisation of security measures in collaboration and co-administration with those responsible for the APAC”. 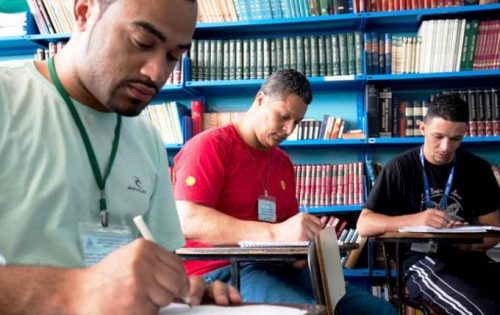 This begs the question: how come the prisoners do not try to escape?  “A phrase once pronounced by a detainee is now written at the entrances to all the APAC: ‘Nobody runs away from love’. When the method is properly applied, with its twelve points that work  in combination, with the involvement and commitment of all the personnel, the volunteers and society, in the recovery of the prisoners, they are brought to reflect on themselves and to realise that their sentence is not only a physical state but is also a mental and spiritual condition which must be overcome”, the Director of  the FBAC explains.
“The method requires that the person in question must learn to take responsibility for their own actions, to respect others, to love and to live in a community in which they trust. These are values which, within the context of valuing the human person, of accepting reality, of work and of study, lead to a commitment towards society, the family and oneself. This is why, even though it would be easy to flee from within the walls of an APAC, the awareness of having to pay for their mistakes and the recognition of the efforts made for their recovery, do not permit them to do so. The detainees know that a failure on their part could close the doors to other prisoners who, in Brazil and elsewhere, are clamouring for the chance to change their lives in one of our institutes”. 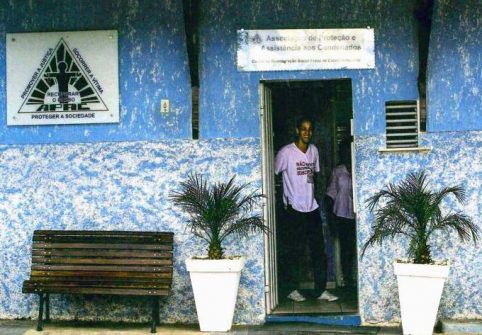 In order to recognise the evil one has done, it is necessary to experience good: and this, in synthesis, is the meaning behind the method invented by Ottoboni. Nevertheless, serving a sentence in an APAC prison is not as easy as it might seem. The structures, usually of small dimensions and set up in places away from large centres, with the agreement of the local community, are ruled by very strict discipline – “it is not sufficient to stop doing wrong; we have to start doing good”, with a full timetable of activities starting at 7am and continuing until 10pm.
The experience of the Associations for the protection and assistance of detainees was born in a Christian context but is open to prisoners of all faiths who are assisted in line with their particular beliefs. “The most important experience for us is to come to know God”, Valdeci Antonio Ferreira again explains. “During these years, we have had various cases of recovering prisoners who professed no particular religion but who, helped by the example they received during their stay with others, decided to become Catholics”.
On the other hand, there are many unusual instances that occur in these prisons without bars. For example, the level of re-offending which in the ordinary prisons in Brazil is as high as 70-80%, is here between 10-20%. One more reason for investing in this model whose costs are 1/3 the amount spent for the same number of detainees in ordinary prisons. We may also mention that, in 47 years in the APEC units, there have never been any episodes of  rebellion or uprising or acts of violence as is so sadly the case in the ordinary prisons of Brazil”.
Chiara Zappa