The history of the United Arab Emirates is unique in the scenario of the Near Middle East due to the incredible change that has taken place in such a short period of time.

Where today there appear cities full of futuristic buildings and commercial centres bordering on science fiction, and where an exaggerated lifestyle is predominant within its glittering megalopolis, there was once a remote and poverty-stricken conglomeration of villages surrounded by the deserts of the Arabian Peninsula at the mouth of the Persian Gulf, subject from time to time to various dominations and divided among themselves by various tribal conflicts. Their economy was largely based upon fishing, the search for pearls, low-scale commerce and piracy supported by the local sheikhs while today, the economy is supported by high rates of development and also benefits from important investments in the sector of technological development. 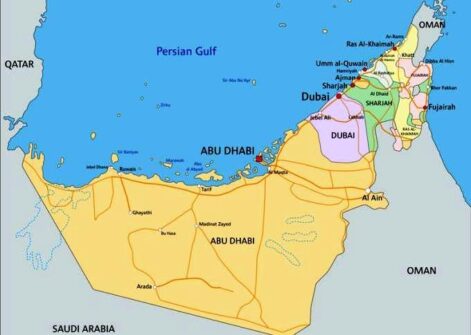 The factors that determined such a sudden and surprising change of direction were varied and cannot be ascribed solely to the discovery of oil as happened in the fifties and sixties of the twentieth century which doubtless played a role of primary importance. Also of fundamental importance was the exceptional negotiating talents of Emir Zayed bin Sultan al-Nahyān and the visionary spirit of the Sheik of Dubai Rashid bin Saeed al Maktoum who, in the words of Afshin Molavi, an Iranian-American author and expert on global geo-political risk and geo-economics, where there was once a small stream, saw a motorway leading to the centre of the world. So it was that the latter, taking a loan of many millions from his close neighbour Kuwait, already rich with income from oil, began to implement his vision starting by a draining the course of a river to make it navigable. Afterwards, his work continued with the construction of stores, schools, and roads. He left his dream as a legacy to his son Mohammed bin Rashid al Maktoum who, again according to Molavi, continued it, transforming the vision of his father into a city of millions of people with skyscrapers lit up during the day, making it a worldwide hub for port, airport and financial activities attracting tourists and finance from all over the world and which, among many other things, can boast a skyline similar to that of Manhattan, as well as several artificial islands. 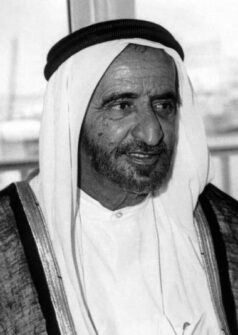 However, apart from oil and the vision of Sheik Rashid bin Saeed al Maktoum, the geopolitical posture assumed by the United Arab Emirates in the geopolitical context of the epoch was of fundamental importance. The same applies to the role of the United States in the aftermath of the World War, in that regional context and, in particular, of the satellite states by means of the economic leverage of the free market and security, which were asked in exchange for a total realignment of their strategy. This strategy, set up by the United States, was obviously financed by oil which ought to have sustained both their own industries and those of the states allied to them. In this context, the area of the Persian Gulf functioned as a strategic reserve and, as such, had to be defended and overseen. Therefore, for the Arab Emirates to take up the defence of such an arrangement even for the purpose of obtaining the greatest possible advantages such as greater room for individual manoeuvre has certainly been a crucial element for its development without which they would have found it difficult to achieve such great results and splendour. 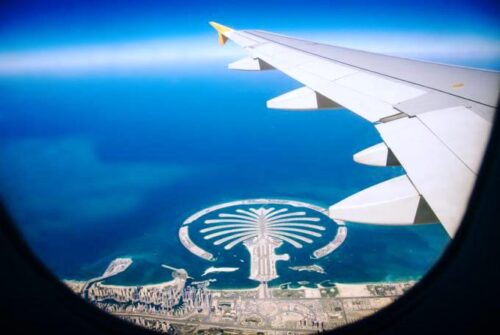 Aerial view of modern skyscrapers and palm trees in the middle of ocean in Dubai cityscape. ©ibrester/123RF.COM

Today, we are going through a further phase of geopolitical transition with the United States which has brought in a policy of disengagement in the region, the effects of which are having a notable impact on all those countries, among them the United Arab Emirates, which had benefitted from the previous system.
Therefore, the latter, well aware of the new equilibrium that is emerging, in addition to working to shore up Washington’s strategy with regard to China as well as Turkey and Iran, have developed personal strategies for the defence of those areas critical to the security of the country, such as that of the Persian Gulf and the Red Sea.
Reaching the milestone of 50 years since their foundation – which took place on December 2, 1971, after the end of the British protectorate with the union in a federation of the sheikhdoms of Abu Dhabi, Dubai, Sharjah, Ajman, um Al Quwain and Fujairah, while Ras Al Khaimah joined the Federation on February 10, 1972 – the United Arab Emirates enjoys a high level of development that places the country in second place in the economies of the region after that of Saudi Arabia. 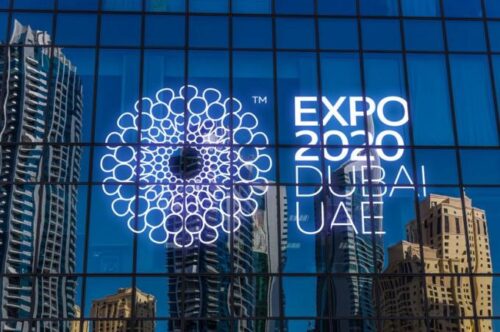 In addition to the economic aspects, important steps have also been taken from a historical, social, and political point of view and among these it is appropriate to include the visit of Pope Francis in February 2019, the normalization of relations with Israel in September 2020, and also the first universal exhibition in an Arab country in the Middle East: Dubai Expo 2020. These are eloquent signs concerning the route that the country intends to take in the coming years even if at the moment it is struggling with a major economic recession generated by the ongoing pandemic which, however, it is managing rather well. (Open photo: Etihad Towers in Abu Dhabi, United Arab Emirates after sunset. ©monticello/123RF.COM).  F.R.