The Al Mowafaqa Ecumenical Institute of Theology in Rabat, created at the initiative of the only two officially recognised churches in Morocco, the Catholic Church and the Evangelical Church, wants to be a unique experience of ecumenism in the midst of the Islamic community.

The Al Mowafaqa Ecumenical Institute of Theology is located in Hassan, one of the central and distinguished neighbourhoods of Rabat, not far from the Catholic cathedral of San Pedro.
The Institute is a place for theological training, reflection, and intercultural and interreligious dialogue, in a country with a Muslim majority – 99% of the population – but it is its ecumenical origin that makes it a unique centre of its kind in the entire world.
After the independence of Morocco in 1956, the Catholic Church and the Evangelical Church in the country began to lose adherents, who were almost exclusively Europeans. 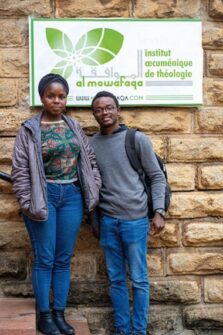 At the end of the 20th century, it even seemed that the two Churches were destined to face permanent closure, but young Sub-Saharans began to arrive in Morocco to study, as well as immigrants travelling the routes to Europe. Some of them were Muslims, but others were Christians of different confessions who revitalized and gave new life to the Christian Churches of the country. These renewed Africanized, multicultural, and multiethnic Churches felt the need to offer a formative path to the newly arrived faithful, who were mostly young people under 30 years of age. But there were very few Catholic priests and Protestant ministers, so together, Catholics and Protestants decided to join forces and create the Al Mowafaqa Ecumenical Institute of Theology, which means ‘the agreement’ in Arabic.
The project of the creation of the Institute was born from the friendship between the then Archbishop of Rabat, Monsignor Vincent Landel, and the president of the Evangelical Church in Morocco at the time, Pastor Samuel Amédro. During their frequent dialogues they understood that they shared the same pastoral challenge and that it would be impossible for them to manage an institution like the Al Mowafaqa separately. They therefore joined forces and the Institute was created in 2012. In February of the following year it opened its doors to the first students, and in September 2014 it was officially inaugurated. 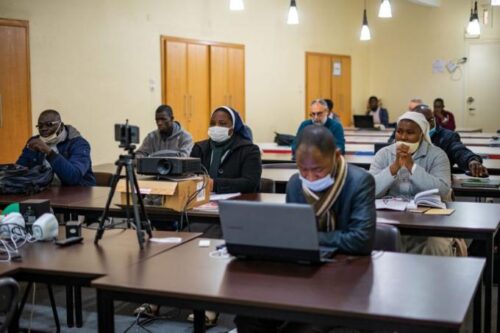 The centre was built on the site of the earlier Library de la Source. This documentation centre of the Catholic Church had been inaugurated in 1981 by Fr. Jacques Levrat and played a fundamental role in the history of Morocco because for years it was the only point of reference for researchers. When the National Library of the Kingdom of Morocco was created in 2008, King Mohamed VI requested that the funds of the Library de la Source be returned to the Moroccan people; this initiative was implemented during a symbolic ceremony. Four years later, the Al Mowafaqa Institute was built where the Library once rose.The Moroccan authorities have had an ambiguous attitude towards this project up to now. Although several ministers were present at its inauguration, the Institute has so far not been administratively recognised. Its creation was made possible by a decree in the 1980s issued by King Hassan II authorizing the Catholic Church to open schools in the country.

Theological training
Cameroonian pastor Jean Koulagna, a biblical scholar, has been the director of the Al Mowafaqa Ecumenical Institute of Theology since July 2018. He told us: “Two French universities, the Catholic Institute of Paris and the Protestant Theology Faculty of Strasbourg, supervise our centre, draw up the study program and award official degrees. The same programs are taught by the same professors to Catholics and Protestants, and students are evaluated through same exams, although later the students receive different degrees”.
There are currently about twenty students attending the four-year formation course in Theology. They are mostly Sub-Saharan Africans, future priests and pastors, but also some lay people and pastoral assistants sent by the Catholic Archdiocese of Rabat.The teachers who are Europeans, Moroccans, Sub-Saharan Africans, and people from the United States and Canada teach study programs in the French language.

Interculturality
Between the months of January and May, the Institute organises study programs for the Certificate for the Dialogue of Cultures and Religions. This is an interdisciplinary training course which includes 60 hours of study of Arabic and subjects related to Islamology. 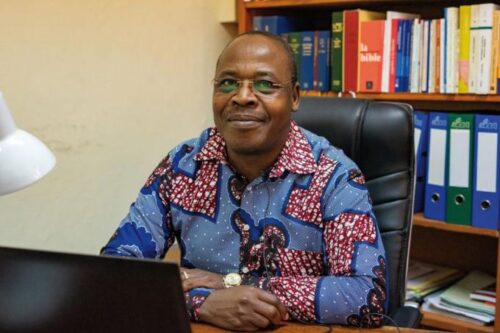 Cameroonian pastor Jean Koulagna, is the director of the Al Mowafaqa Ecumenical Institute of Theology.

The course is complemented by other subjects such as Intercultural Pedagogy, History of Religious Facts in Africa, Sociology of Religions, and Introduction to Contemporary Judaism. One of the objectives of this special study program is to facilitate the insertion of students into the Muslim context of Morocco, which is why it also includes visits to different significant places of Moroccan religiosity and culture. Most of the participants are priests, Catholic nuns, Protestant pastors and other pastoral agents, mainly from Sub-Saharan Africa, who offer their service in one of the two Catholic dioceses of Morocco, Rabat and Tangier, or in the Evangelical Church.

Open Doors
Al Mowafaqa also organizes courses in biblical languages, and in classical Arabic and Dariya, the popular Moroccan Arabic. Although every year, a 10-day course of Islamology takes place, among others, the Institute is much more than an ecumenical training centre, it is a place that opens its doors to intercultural and interreligious dialogue.
Every year around twenty conferences, colloquiums and study days are organized on very diverse topics, as well as cultural visits throughout the country. While Muslims are not allowed to enroll in training cycles, anybody is allowed to participate in non-academic events, regardless of religion or origin. 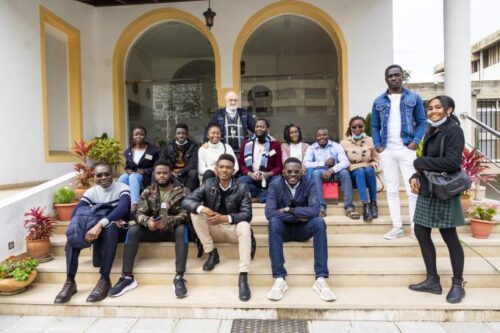 The Franco-Moroccan citizen Myriem Khrouz is in charge of the organization of this program about intercultural and interreligious dialogue: “Since the 2000s, Morocco has become a welcoming country. Europe has closed its doors and so, many people from different countries have decided to settle down here, although not always by choice. I consider the religious, ethnic, and national mix we are experiencing in Morocco as an immense enrichment which must be preserved by helping people to get to know each other in order to learn to live together and avoid tensions. I believe that the Al Mowafaqa Institute plays a very important role in this regard and is called to grow along these intercultural lines”.