Large-scale cultivations are now a reality in a growing number of countries in the continent, driven by an increase in demand for therapeutic purposes. The interest of African governments is constantly increasing.

Hemp plantations are taking up more and more agricultural land in Africa. The phenomenon gained a foothold when, in 2016, the United States and Canada began to legalise the use of cannabis for therapeutic purposes.The growing demand for cannabis by the two main world economies swiftly reached the African continent where, however, this sort of cultivation is still forbidden in the majority of its states.
Nevertheless, this did not prevent a flourishing partnership between the two shores of the Atlantic Ocean, causing the germination of a new business which is now regarded by African governments with  interest. 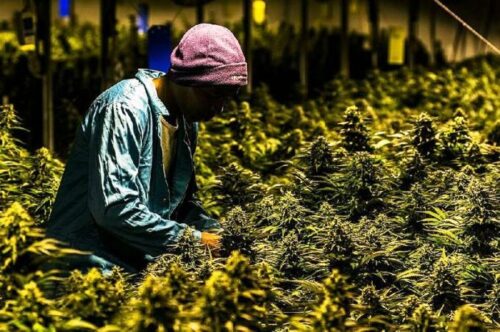 This is shown by the recent decision of the Rwanda government which, on 12 October last, approved a package of guidelines for the cultivation, processing and export of cannabis, but solely for medical and not recreational use. Other countries had preceded Rwanda: Ghana, Lesotho, Malawi, Morocco, South Africa, Swaziland and Zambia had already decided to create a system for the cultivation and sale of cannabis. Uganda, which has already passed a law similar to that of Rwanda, though without yet starting cultivation, may soon be added to this list.

Lesotho in the ascendant
One of the markets especially in the ascendant is that of Lesotho. In the landlocked kingdom surrounded by South African territory, the most active businessman is at present Refiloe Matekane.The former head secretary of the police ministry, with consolidated interests in the mining sector, last August, Matekane declined to become president of the state-owned Lesotho Electricity Company to increase the rate of growth of investments for the production and marketing of cannabis. 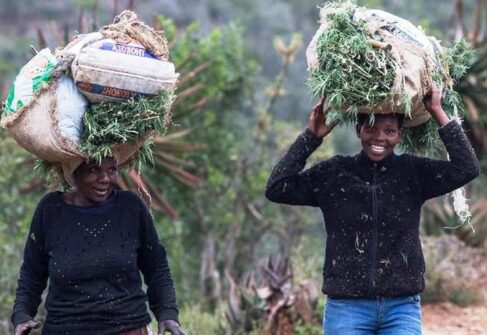 Since 2017, he has been the president and shareholder of Maluti Green Med, a company authorised to cultivate hemp in the country and is also a member of the administrative councils of a further five companies: Wecann, Canna Value, Gart Cannis, CBG Maluti-Med Group and Canico. The fact that a person of his standing should decide to bank so decisively on cannabis, confirms the intention of the government of Lesotho to invest in this sort of cultivation to diversify the economy of the country and release it from its dependence upon reserves of diamonds and water. Consequently, due to the good offices of Matekane, Maluti Green Med has signed a contract for the supply of hemp to Verve, a South African group with factories for the processing of the plants at Bela-Bela, north of Pretoria and which, in turn, is a supplier of an international top player in the sector such as the Canadian company Aphria, whose value, on the New York stock exchange, is quoted as more than 1.6 billion dollars. Also in Lesotho, the main producer of hemp oil is the Medigrow Health company, in which the Canadian Supreme Cannabis Co. has 10% of the shares. 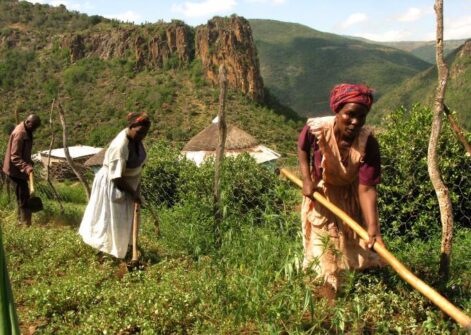 Among its administrators are Mohlomi Rantekoa, who was the Lesotho ambassador to the United States during the presidency of Barack Obama, and Retsepile Elias, a prominent figure who is a member of the boards of directors of some of the more influential parastatal companies in the country. Among the major foreign interests in Lesotho is the British group AfriAg Global, among whose minority shareholders is the South African tobacco magnate Paul de Robillard, a close collaborator of former South African president Jacob Zuma.In 2019, the company added to its technical committee two functionaries of the Lesotho Health Ministry, Germina Mphoso, director of the pharmaceutical department, and her legal consultant Masello Sello. These appointments confirm that cannabis is now an affair of state for Lesotho.

The slow legislative process in South Africa
Compared to the tiny country of Lesotho, in South Africa, the cannabis market is growing at a much slower rate, despite the extremely favourable climatic conditions for the cultivation of plantations and a growing internal market following the legalisation of the consumption of this substance in 2018.
This lack of progress is due mainly to the slow rate of legislation and the absence of a sufficiently structured framework.
Nevertheless, despite there being just a few companies that have received permission to start production, South Africa has the potential to become the third-largest producer of cannabis in the world (according to WHO estimates) and is still the country which, more than any other, due to its investment capacity, is in a position to meet the demands for processing the raw material on the part of other African states.
Bureaucratic delays and an unfavourable environment for business are driving away important foreign investors such as Spectrum Therapeutics, a local branch of the Canadian giant Canopy Growth which, in 2019, had planned to finance the construction of a facility for the production of cannabis-based pharmaceuticals in Atlantide, not far from Cape Town, to the tune of 38.5 million dollars. The option was definitively declined in the spring of 2020.

Zimbabwe and Malawi
Zimbabwe has opted to commence the production and processing of Cannabis on an industrial scale, using hemp fibres in the textile and building industries and its seeds and oil for the production of cosmetics and consumer goods.
To accelerate this process, in 2018, the minister for Agriculture Perence Shiri set up a system of authorisation which, in practice, has legalised the production of cannabis for industrial purposes. The problem with Zimbabwe is still its economic and political instability which has so far kept away potential North-American investors.Like Lesotho, Malawi is also banking on cannabis to free itself from the exploitation of its main resources, especially tobacco. The central figure working for the growth of the sector is Nerbert Nyirenda, a former high-level functionary in the ministries of Commerce and Industry and Finance. 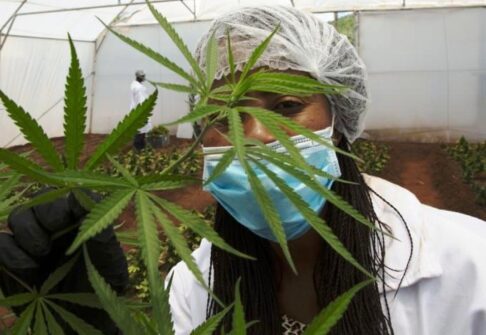 The more active companies are Kawandama Hills Plantations and Invegrow. In 2015, the latter obtained permission to cultivate cannabis for scientific research. The qualitative leap was made last March when the parliament passed a motion in favour of the legal cultivation of cannabis both industrially and for medical purposes.
Tanzania and Kenya are two countries that produce large quantities of cannabis though, as in other African states, it is not yet possible to cultivate or sell this substance legally. The lack of legislative movement inevitably favours criminal organisations.
According to the UNODC, the UN Office for Drug Control and Crime Prevention, of the more than ten thousand tons of cannabis produced every year in Africa, at least 80% is illegally cultivated by networks of regional and international drug traffickers.