Pope Francis is going to Madagascar in September. During his stay he will visit the Akamasoa Humanitarian Association. Its Founder, Father Pedro Opeka speaks about it.

With the help of a group of young people, Father Pedro founded the Akamasoa  Humanitarian Association – in the local language it means “The Good Friends” – to help those in need and contribute to the eradication of poverty. Father Pedro Pablo Opeka was born in Buenos Aires, in Argentina, in 1948.  At the age of eighteen he entered the seminary of the Congregation for the Mission of Saint Vincent de Paul, in San Miguel (Argentina), and three years later went to Europe where he studied philosophy in Slovenia and theology in France. At the age of twenty-two he went to Madagascar where he spent two years – his first missionary experience. 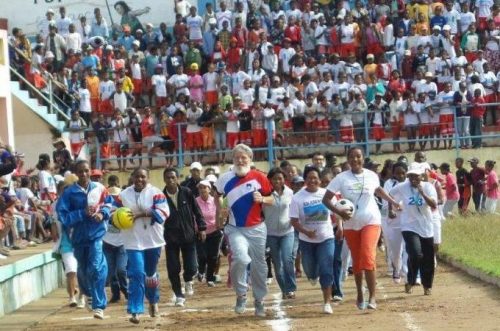 In 1975, he was ordained priest in the Basilica of Luján (Argentina) and, in 1976, he returned to Madagascar where he became a parish priest in a small town in the south of the island.
Father Pedro spent fifteen years in that parish and took in hand not only the formation of the youth (both in spiritual as well as sporting matters) but built schools, dispensaries and churches. In 1989, suffering from malaria, he moved to Antananarivo, the capital.

Beating poverty
While in the capital city of Madagascar, Father Opeka was shocked at the sight of such extreme poverty: there were people living on the streets and in the dumps where children fought with the pigs over a scrap of food. He felt that God did not want those people to live like that. He just had to do something.
One morning in 1989, Father Pedro went to visit the Ambohimahitsy Hills. There he found many people living in cardboard shelters close to the municipal landfill, in conditions that could only be described as “hellish”. The poor, having been sent away from the cities and the fields, saw those mountains of waste as their last resort. They would search through the rubbish looking for something to eat. 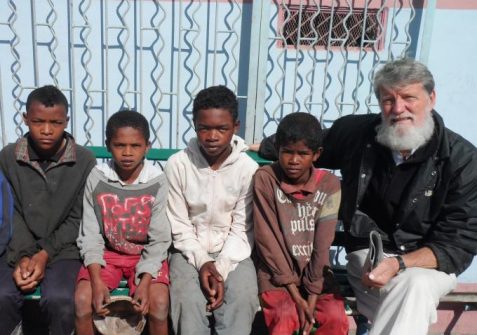 The children slept covered in flies. Both young and old died there with no one to give them a decent burial. There, daily life was filled with violence, prostitution, drug addiction and alcoholism. “One man took me to his home. It consisted in a box about a metre high.” There, surrounded by a group of people, Father Peter told him: “If you are willing to work, I will help you”.
With some financial help provided for the first time by local religious communities, Father Pedro was able to start work on his original idea of “helping people to help themselves”. “Their struggle became mine: in order to combat the extremes of poverty that lead to exclusion, to disease and the death of children from malnutrition, we created jobs for people since the government does not take responsibility for this injustice “, said the missionary.

Solidarity in action
With the collaboration of a group of university students, the Akamasoa Humanitarian Association was formed. They were given some land and financial aid to meet the cost of materials, food, tools and seed. A group of families were moved to the countryside to begin a new life where they started what was the first city of the association called “Gift of the Creator “. The families who were still in the city worked together to build the second city called Manantenasoa (“Place of Hope”), using stones from a quarry to build decent houses for the people. 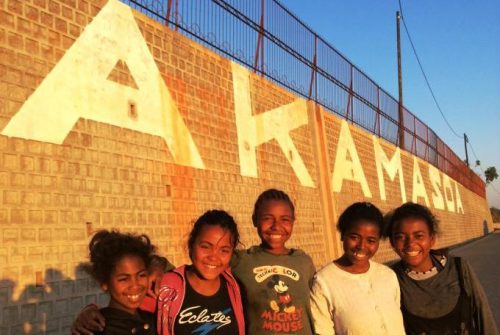 Financial aid from abroad, combined with the work of the people of Madagascar produced results. The numbers speak for themselves. Today, Akamasoa is a city with eighteen quarters, 3,000 houses have been built and 13,000 children attend school. There are schools, clinics, welcoming centres, sports centres and workplaces for the elderly. About 3,500 people work at the various activities of Akamasoa, ranging from, quarries, furniture and crafts, community services, especially health and education. Each village has its own clinic and hospital.
During these years, more than half a million people have passed through the welcoming centres where they receive temporary assistance and advice on how to get on with their lives.
The dream of God and His concern for the poor is what guides Father Pedro: “I am living among people who live in extreme poverty; with dignity, faith and compassion we rise above this grinding misery.”
This is one missionary who rejects paternalism, even if assistance is justified in the case of children, the elderly or people with disabilities, because it creates dependence and God wants people to be free, not slaves. For this reason, every donation received by Akamasoa is for a specific purpose and may be checked by the benefactor. “Our aim is to be self-supporting through work and this motivates the entire community to live in hope as they see what they achieve, where every stone, every door, room or ceiling has been made by the efforts of the people involved in the project,” Father Pedro told us.
Father Opeka also remarked that to combat poverty, it is necessary to reduce inequality and injustice. Nevertheless, he does not believe there is a magic formula that enables the poor to emerge from their poverty but that they can emerge “by the strength of their hearts, their will and by much work and commitment “.
He underlined that “All the different countries, with their cultures and civilizations, will have their own different ways and approaches, but everything must be governed by love. When we are moved by love, we know we have taken the right path “. 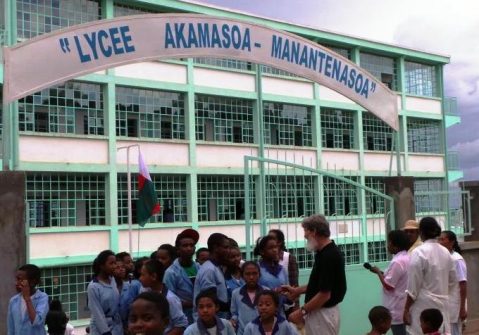 In Father Pedro’s view, the only way for the poor and the excluded to regain their dignity is through work and education. In Akamasoa, everything follows this vision. “Akamasoa is based on joy, brotherhood, work, effort and, most importantly, on the happiness of our children”, Father Pedro said.
The secret of the success of this humanitarian work is that it channels resources received into concrete and lasting works, and at the same time it creates work for the inhabitants of the villages but without closing the community in on itself. This is why many members of Akamasoa work outside the association and thousands of external children and sick people are helped and educated by them.

A prophetic voice
Father Pedro joyfully announces the Gospel. He emphasises that “Sunday Mass is a real celebration for everyone and everyone participates. We all pray, dance and sing together. This is an expression of gratitude to God for all the help he has freely given to these people”.  Evangelisation also takes the form of denouncing injustice and of working for the human dignity of all, especially the Africana.
The missionary dreams that: “In this world, on this planet, we may be brothers and sisters and help one another “. He stresses: “We must not permit that, in this world of so much riches, that there be so many people living in hunger.
This is an injustice that cries to heaven “.Therefore, the missionary emphasises: “I raise my voice and cry out: enough! We have had enough of talk, we must complete the work, we have to act and help the continent that today has millions of children in danger of dying for no good reason! 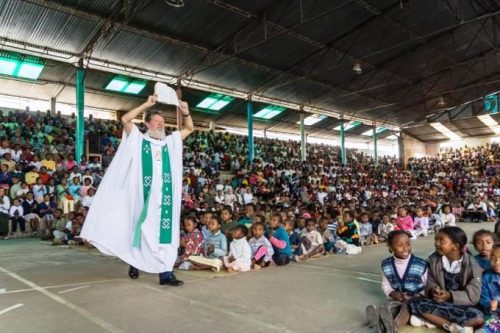 This is why he is the voice of the voiceless and asks people to be united, “so that the riches we have received may be shared. Things kept needlessly are lost. There is an Indian proverb that asks why I should keep anything when a brother or sister needs it? ”
Last year, Father Opeka was received by Pope Francis and this provided the missionary with an opportunity to invite the Holy Father to visit the project.”I knew that the bishops had invited Pope Francis to visit the beautiful island of Madagascar in 2019, so I took the opportunity to invite him to visit the village of Akamasoa, well known for the way it faces up to extreme poverty through work, education and discipline. The Pope smiled in agreement, and there he will see the joy of all our children and young people who will receive him with open arms “, Father Pedro informed us.
Father Pedro was nominated for the Nobel Peace Prize on three occasions but “God’s bricklayer” (one of his many nicknames), believes that “the prize should go to the people” with whom he is journeying as they continue with their struggle and their dream of bettering themselves in brotherhood. (B.F.)