On one of the Atlantic beaches of Yoff, rises the Great Layene Mosque-Mausoleum. The low cube-shaped, white building surrounded by golden sands and crowned with a green cupola, contains the tomb of the founder of the Brotherhood, Seydina Limamou Laye and his two sons, Seydina Issa Laye, the first Khalif of the Brotherhood (1909-1949) and Seydina Madione Laye II, a brother and successor to the latter (1949-1971).

The small Layene community is made up of the Lebou, of the Wolof ethnic group.  For the Layene, nothing is the result of chaos but everything derives from destiny seen as the divine plan. This includes names. While Limamou means ‘the guide’ (Al Imam), the name of his son Issa is the Wolof version of Jesus. 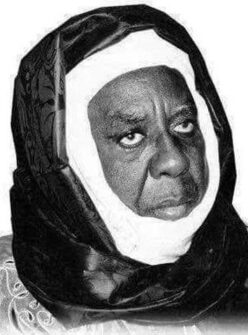 Born in Yoff about the middle of the XIX century, Seydina Limamou Laye, aged forty, called by God, declared himself Mahdi, ‘the awaited’ in the Islamic tradition. His community rejected him and then, after being exiled to Gorée by the French, he moved to a place a few kilometres away on the shore where he founded the Layene community at Cambérène. Limamou Laye died in 1909 and the work was continued by his son Issa, aged thirty-three: the age Jesus was when he died.In accordance with Muslim belief, which assigns a fundamental role to Jesus among the five chosen prophets sent by God (after Noah, Abraham and Moses but before Mohammed), Jesus would have been called by God to be concealed in Heaven while waiting to return to earth. According to the Layene, Jesus did so in 1909, in the person of Issa, to complete the mission and have descendants and a tomb like all human beings and more besides.“In the New Testament and in the Koran, explains Macalou Cissé, a Muslim researcher who became a Layene, Jesus affirms that he is the ‘star of the morning’ announcing a new day and would return at the end of time. Therefore, just as in the first mission, Jesus came to announce the future coming of the ‘Sun’, the universal prophet Mohammed, at the beginning of the last century he returned to confirm the reward of Mohammed in the person of the Mahdi, and definitively conclude the prophetic cycle. And just as the morning star and the sun rose in the west, they must also set in the east. The place where we are at present corresponds to the most western point of Africa and, in our view, of the world”. 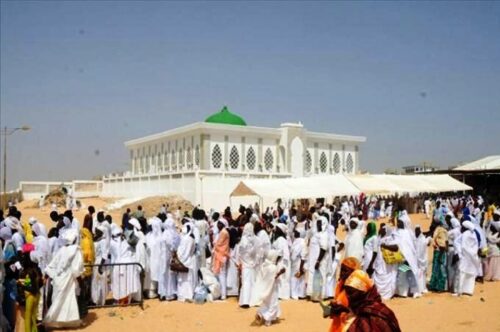 The cave of Ngor, near the sea and next to Yoff, is the goal of a pilgrimage that celebrates yearly the Call of Limamou Laye. In the cave, a place of recollection, Limamou Laye said he waited more than a thousand years before coming into the world. And Cissé: “In the Koran it is written that Mohammed said that, after his death, he would have stayed in the tomb for three days and would then have taken a ‘step’, even though it is not specified in what direction: our belief is that it is right here in the most western part of Africa and of the earth, in this cave on the Atlantic seaboard, that we can find the spot referred to by Limamou Laye”. Calculations show that, from the death of Mohammed to the birth of Limamou Laye, 1211 years passed. The Layene community is presently represented by the fifth Caliph, Abdoulaye Thiaw Laye.
The principles that form the structure of Layene thinking and practices are clearly defined: solidarity, equality, tolerance and purity of spirit. There are no differences of class or social status: those with economic resources bestow their donations anonymously on the Brotherhood to help brothers in difficulty. Equality is a well-founded and radical value. White clothes prevent dress from becoming a symbol of riches. 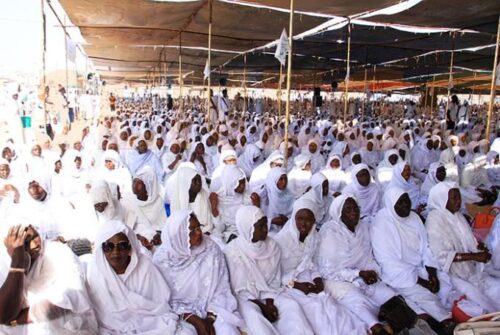 Yoff, Ndigala, and Cambérène are the three main holy cities for the Layen. Though they are located just a few kilometres from Dakar, the capital, they are real independent districts where religious principles determine the norms to be observed.  Today, it is estimated that around 6% of all Senegalese belong to the Layeniyya Brotherhood.
What does the future hold for the Brotherhoods? According to various analysts, the power of the Marabouts is slowly diminishing due to secularisation, urbanisation and migration. The globalisation and social media processes are playing an increasingly important role among the youth who are starting to reject rules and submission dictated by the various Brotherhoods.
On the other hand, there is also the birth of more integralist groups which, though minorities, may one day grow and begin to question the Senegalese model.