Heroin trafficking in Africa is growing in intensity due to the development of the ‘southern route’ that crosses the continent. This alternative route has become more popular because it is open almost all year round due to the lack of controls on the sea.

In recent years, the heroin trade in Africa has peaked due mostly to the tightening of controls along the Balkan route which, for decades, was the preferred road by which drugs from the East reached the western markets. Now it is the southern route that receives the greater volume of traffic. The route is composed of three different phases: sea transport from Afghanistan to the ports of eastern Africa, overland to South Africa, and again by sea to the main European ports. 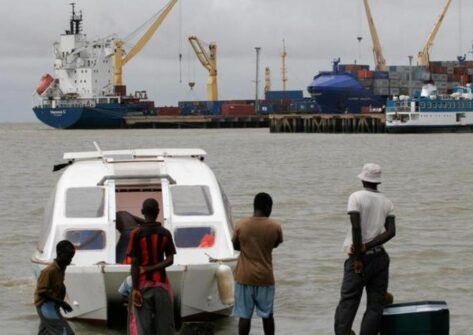 During the first phase, the heroin is transported close to the coast of Makran in southern Pakistani Baluchistan towards east Africa using motorised dhows, small fast boats that are not picked up by satellites and capable of carrying a ton of cargo. The dhows wait a few kilometres from the more remote coasts of Somalia, Kenya, Tanzania, and Mozambique (Quissanga, for example), but it seems that a certain amount of drugs arrive concealed in containers in some of the port cities of the east coast (Nacala and Pemba are among these). As soon as the heroin begins the second phase of its journey by road, a less streamlined journey due to the poor condition of terrestrial communications.  Light pickups loaded with from a hundred to two hundred kilos of heroin leave Tanzania, Kenya, and Mozambique and eventually arrive in South Africa.

Towards Johannesburg and beyond
On the southern route, Johannesburg constitutes a basic sorting house; at present, it is the main deposit and transhipment. There the loads are usually broken up into smaller packets (weighing from ten to twenty kilos) to avoid the inspections which are usually avoided by paying bribes or by inserting the packets into containers of non-perishable goods (wine, stones, or tiles) where they are not seen.
The use of containers in heroin trafficking has been an important resource introduced by influential Asian families that settled in Mozambique before independence. 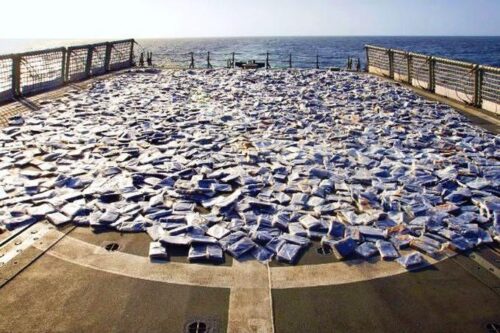 A drug stash captured in the Indian Ocean. (Photo ACSS).

After the departure of the Portuguese, the remaining families shared out legal and illegal businesses, one of which was that of narcotics. Besides heroin, it seems that containers are also used to sell stolen cars, explosives for illegal mining, arms used for poaching and capturing protected species, alcohol, and tobacco. Widespread corruption allows almost all the containers to pass through the checks. According to some local workers, containers belonging to some protected businessmen cannot be searched. In this way, the containers are taken by train from South Africa to the principal ports and airports (Durban, Port Elisabeth, Cape Town), after which they reach their destination: Europe.

Social Impact
Despite the increase in trafficking, it seems that most of the heroin in Africa is only in transit. There is some local consumption, but it does not seem to be much at present. Nevertheless, in the past five years, the largest net increase in the use of narcotics in the world has been recorded in Africa (around 9.5 million African consumers) and a further peak is expected in the next thirty years (up to 23.2 million). Heroin trafficking has developed as an integrated regional criminal market that involves different east African economies in illegal activities and has prospered due to the fact that it is protected by the political élite. 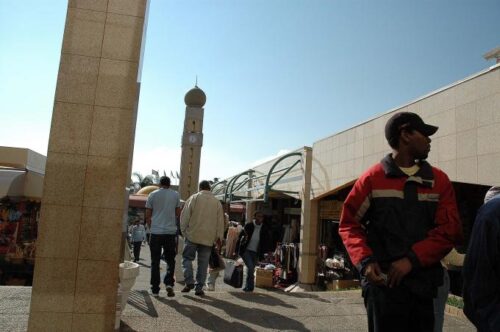 In Mozambique, for example, this has prevented war between the trafficking families since it is continually being monitored by the FRELIMO authorities. Nevertheless, now that the use of hard drugs has infiltrated the community, it is becoming a source of serious concern since it is a vehicle for harmful social dynamics and threatens the already fragile government apparatus and African institutions. In the cities that are the largest consumers in the market, (Mombasa, Cape Town, Johannesburg, Pretoria) there has been an increase in criminal activity (theft, robberies, gang-wars), a general expansion of violence (with the use of arms), as well as the widespread diffusion of HIV, hepatitis C, and other infections.