Overseas Filipino Workers (OFWs) take and practice their faith fervently wherever they go, wherever they are. That is why the Catholic Bishops Conference of the Philippines appreciates the role of OFWs as modern day apostles of evangelization in the foreign countries
where they work.

Mary Jane Soriano, a 25-year-old college graduate Filipino domestic worker, has been working in Hong Kong for some years. During her stay there, she always made it a point to attend the Sunday Mass in a local church, even if her employer and his family belonged to another religion.
Besides Mary’s humility, simplicity, hard work, honesty and other human qualities that inevitably impressed her employer is her indomitable Catholic faith and the way she practices it – simple ways to keep her life and faith going: always trusting in God, praying daily, being good and doing good to others. Mary is one of the millions of OFWs who are spread all over the world. 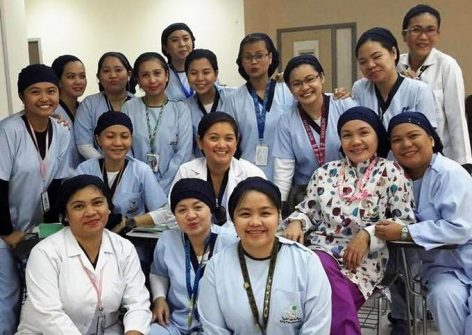 An OFW is a person of Filipino origin who lives and works outside of the Philippines. The term denotes Filipinos who are abroad indefinitely either as citizens, permanent or temporary residents of a different country and those Filipino citizens who are abroad for a limited, definite period, such as on a work contract or as students.
About 80 percent of the Philippines’ 107 million people are Catholic and, unlike many other countries where the faith has waned, the majority still practice their religion with enthusiasm. And OFWs take and practice their faith fervently wherever they go.
About 10 percent of the population of the country are OFWs located in more than 193 countries. Half of them are in the U.S. where more than 85,000 Filipinos continue to migrate every year. That is why the Catholic Bishops Conference of the Philippines deem OFWs as today’s apostles of evangelization in the foreign countries where they go to work or migrate. 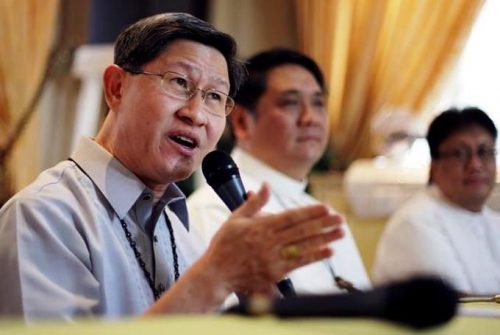 Cardinal Luis Antonio Tagle of the Archdiocese of Manila

For Manila Archbishop Cardinal Luis Antonio Tagle, OFWs play a big role in sharing and proclaiming the “joy of the Gospel” given their sheer number. “Our overseas Filipino migrant workers have become the big missionary presence,” says Tagle.
Government data shows that over 10 million Filipinos are living and working overseas in varied professions like medical doctors, nurses, engineers, teachers, caregivers, domestic helpers and others.
OFWs bring their faith to wherever they go. It is this faith that many OFWs and their families turn to prayers for guidance and strength to lessen the impact of separation caused by migration.
With millions of Filipino migrants all over the world, Archbishop Gilbert Armea Garcera of Lipa, former chairman of the Catholic Bishops’ Conference of the Philippines (CBCP) Episcopal Commission on Family and Life, said they have become missionaries, living their faith and setting examples to their host communities and countries. Besides being the most trustworthy employees, Filipinos abroad actively participate in church activities as they practice their faith deeply, religiously and vigorously.Filipinos actively take part in church-related activities. They fill empty churches, fill the air with joyous songs praising God. They are the answer to the prayer of parish priests who have only a few old people left in a parish. They are active in the parish.
Archbishop Gilbert Garcera of Lipa in Batangas says, however, while the economy benefits from foreign remittances sent back to Manila, the Philippine government should do its best to introduce and create humane and decent jobs to keep Filipino families intact.
Filipino workers abroad are a big help to the economy remitting about US$2.55 billion annually.
The remittances are hard-earned money from their blood, sweat and tears and products of their sacrifices and sufferings. 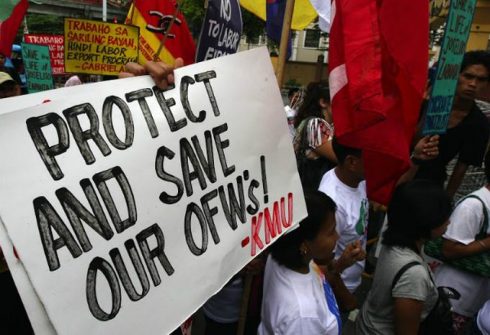 The CBCP has called on the government to focus on programs that would raise job opportunities in the country to prevent the flight of Filipino workers, who “have become part of our social concern.”
“How many of them are made to suffer because they are deprived of employment rights, their salaries or travel documents unjustly withheld? How many of them, mostly women, are abused, assaulted or sexually harassed by employers? How many of them suffer the pain of isolation, alienation, and discrimination? And need we talk about the innumerable cases of broken families and conjugal infidelities?” asked outgoing Archbishop Emeritus Angel Lagdameo of Jaro as he enumerated the concerns of the Church with the migration of Filipinos.
Lagdameo said it is about time to look at the “positive aspect” of the global migration of Filipinos. “Along with our smiling faces, we are offering our Christian faith to the receiving countries or Churches, lived in the context of different cultures and religions. This positive aspect is likewise the new challenge of the Filipino diaspora. It is both a challenge and a concern,” Lagdameo said. 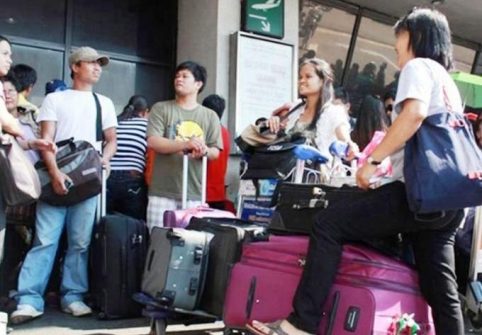 “Two million Filipinos have already made the Middle East their home. Would you believe that 30 percent of the entire population of Malaysia, which is 900,000, is Filipinos?” Lagdameo asked.
“Of the 140,000 in Hong Kong, he said, a majority are Filipino domestic helpers. In Italy, only one half of the more than one million Filipinos are listed; the same is said of the one million in Japan,” he added.
“These few examples are only a portion of the migrant Filipinos we find present from America to Asia, from Africa to Oceania, from Russia to Australia and also from Jordan to Saipan,” Lagdameo said.
Amaryllis Torres, a professor at the College of Social Work and Community Development of the University of the Philippine and social scientist, says there are many flipsides to Filipino migrant workers. Due to the OFWs phenomenon, there are many “social costs”– children grow up without their parents’ physical presence and guidance; instead they are taken care of by grandparents or other relatives, posing many challenges for children. Another aspect is when one of the parents is away, there are reports of illicit relations.
“How to balance the economic factor with social cost is the big challenge for the country and church,” Torres said. According to observers, about 5,000 Filipinos leave the country daily in search of employment overseas. “It is a dream that there would be a day when no Filipino would ever leave the country in search of a job abroad for the sake of the family,” she said.