In the Hindu concept is taken up by its present proponents, connected to the political experience of the Bharatiya Janta Party and the groups of militants that refer to it to carry out their programme of Hinduisation of the country (hiduttva), ought to be that of an integrated society to be found in the complex caste system and in a reality marked by profound unease and deep divisions.

Abandoning a practice that for decades was that of the Congress Party, up to the defeat of 2014, the Bharatiya Janta Party turned to a sort of nationalism that, by its Indian nature, is inevitably connected to the faith of the majority.It is the sort of Hinduism that not only sees itself as central to history but one that sees in other present faiths either incidental deviations (Buddhism, Jainism, Sikhism) or competing religions, foreign in origin and connected to experiences of conquest like Islam and Christianity.
Therefore, it is not possible to integrate them. This is the cause of the reconversion of the many people who opted to join different faiths even as a means to find a way out of a socio-religious system that relegated them to poverty and discrimination. 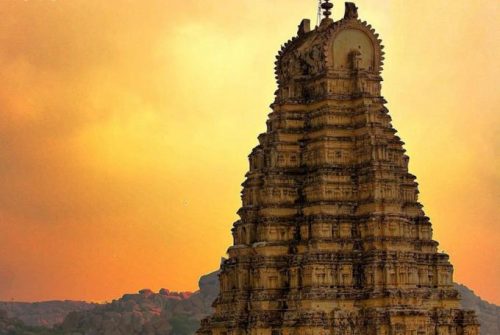 This situation is reflected in the reality and principles of the ‘largest democracy in the world’. It is no accident that in the Global Democracy Index (GDI), published each year by the British Economist Intelligence Unit, in 2017 India went down ten places, reaching the unflattering 42nd place among the 89 countries covered. ‘The authorities there have restricted freedom of the press, closed down several newspapers and strictly controlled mobile internet services. Several journalists were murdered in India in 2017, as in the previous year’, the report reads.
Widespread concern is caused by sectarianism and vigilantism by Hindu extremists with the minority religions paying the highest price. “Something terribly wrong is happening to the country” and “it is worrying that various investigations are bringing it to light”, was the comment of Subhash Bhatnagar, leader of the national Committee for the campaign for non-organised workers. Bhatnagar also asked the government of New Delhi to control the sectarian forces that are worsening the image of a nation where all religions are respected. 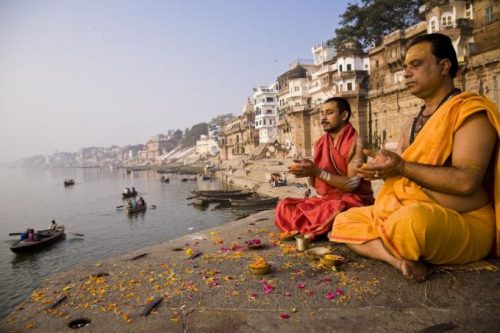 This is an especially difficult task due to the mutual support between government forces and radical movements. A union of intent that has led the BJP to control 19 States and the Territory of Delhi and, de facto, to have no credible rivals at national level, even if strong regional parties still have faithful electorates, especially in the East and the South. Speaking of electorates, it is difficult to ignore the fact that the religious factor (and the socio-religious factor) has acquired political (and electoral) weight, perhaps as much as in the past. This places the minorities, including Catholics, in a difficult position, torn between the need to cooperate with the powers at the centre and in various States held by the pro-Hindu parties and, at the same time, claiming their own identity and their own role.

Each year, on 15 August, India celebrates its independence from British dominion and unfailingly remembers the traumatic separation of Moslem Pakistan. It is a hard lesson for a people divided by rancour and conflicting interests and by faith, followed closely by many personal ties. But 15 August is also a moment for India to reflect upon its recent history and, today more than ever, on its potential and its limits. Born in division and blood, India also questions itself as to its fragmented society, the injustice and discrimination that once again always have the faith and the caste uppermost in mind. 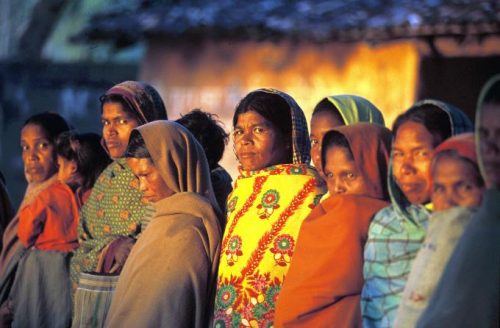 The caste system may be weakening but it continues to remain the strongest framework that defines the life of Indians. This starts with politics where we find perhaps the greatest paradox of Indian democracy: discrimination is outlawed but it is legal to recognize its existence and act to limit its consequences.
One State that, in the name of democracy and equality, fights against discrimination and prevarication, administers a complex system of Registered Castes and Tribes and other backward groups, distributing civil service jobs, parliamentary seats and university places.
“Many believe that change, greater social mobility and more information will bring about the disappearance of castes but this is far from true. Instead, new reforms are proposed. The system of caste sanctions is perhaps slowly weakening but, overall, the system of discrimination propagates itself automatically”, comments Father Nithya Sagayam, Capuchin and Executive Secretary of the National Commission for Justice and Peace of the Indian Episcopal Conference. “If in the villages discrimination is written into the places themselves and into human activities, sanctioned by ceremonial necessity, perpetuated together with the ever present underlying interests, that which causes concern is the way it moves into the city outskirts and how it links up with new divisions, political, economic and opportunistic.” 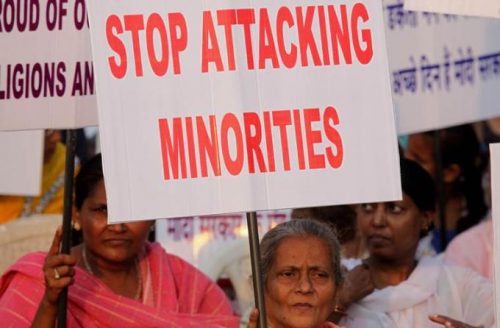 Discrimination is located deep in the Indian psyche, in the claim that Indian society is not one that is ‘divided’ (much less discriminatory, according to western concepts), but ‘integrated’. With a role for each one established from birth and with each one placed in condition, through adherence to Dharma, the eternal and divinely inspired law, to free themselves from an original load of negativity while going through existences, there can be nothing else apart from this.
If, in many ways the caste system challenges catholicity, itself often the object of persecution initiatives that tend to underline its foreignness to the Indian environment, the much larger Moslem community is in a similar situation: a backward community, heir to a great tradition of political and cultural domination and quite differentiated internally. Like the Christian community, it too is excluded from the benefits that the government has granted over the years to the majority of the population belonging to the lower castes, Hindu or tribal outcasts. In this way every request has so far remained unanswered for the 140 million followers of Allah, people in great poverty and a low standard of education. 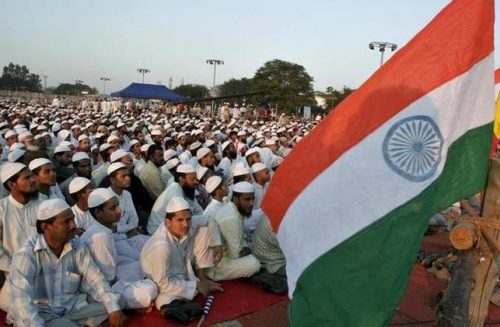 The Moslems find it hard to make their voice heard and even though they have a representative in parliament, their vote is always used opportunistically. In a context of social backwardness and few prospects for the future, the attraction of religious radicalism inevitably grows. There is a feeling of insecurity among the Moslems who are accused of supporting Pakistan while under the pressure of demands to follow international Jihadism. Certainly, the majority of Indian Moslems do not regard Pakistan as an enemy, if for no other reason than that of a shared majority faith (Up to 15 August, 1947, there existed only one India, then divided along confessional lines). (S.V.)