Besides having always been that part of the world where the most of commercial interchange takes place, the sea also has a central role for society, influencing – directly or indirectly – most aspects of daily life.

The movement of the geo-economic axis towards the maritime environment is more easily understood if one considers that 70% of the surface of the earth is covered by water and 80% of all life on the planet developed in the seas and oceans; around 80% of the world’s population live less than 200 km from a coast, and that, during the past decade, 75% of countries have increased their maritime accessibility. It is in the sea, in fact, that most of the productive work of humankind takes place: transport along the maritime lines of communication, the flow of oil and gas, fishing, the exploitation of energy and mineral resources discovered below the sea bed and the laying of underwater cables through which almost all communications pass. 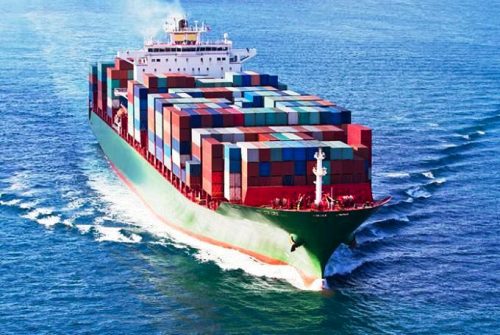 These data confirm that the sea is the main means of commercial and communications productivity and so it may be said that, like the Internet, it constitutes the new means of globalisation since 75% of this current flows through a small number of obligatory choke points, composed of canals and international straits.
In this regard, we need to bear in mind that maritime trade is growing at the rate of 3.8% per year. This growth is doubtless favoured by the support of new protagonists who have appeared on the international scene and who have greatly influenced the process of rearranging trade balances, making it possible for new routes to emerge with considerable repercussions for the strategies of the players in the sector and, consequently, for the port infrastructure chosen for the management of movements. In particular, this development is more marked in the countries of South East Asia. In parallel, there has been the development of the role of the sea-going companies of those countries, which, since the early nineties, began to increase in importance in the list of major maritime transport companies. 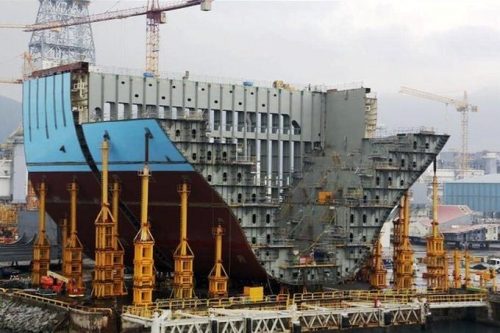 The country which is taking its place on a global level as the main geo-economic maritime actor, due to its great capacity to increase worldwide container traffic, as well as for the fact that it is one of the major exporters of oil by sea, is China. Peking has had to equip itself to ensure the control and security of the maritime routes travelled by its own trade goods and by which its raw materials are imported. It is no coincidence that the economic power developed by the Chinese colossus in recent years is being supported by a series of strategic infrastructure projects used to accompany, protect and increase the capacity for expansion of the country. One of these is certainly the great project called the ‘New Silk Road’ by land and by sea, thought up by Peking with the main objective of bringing China closer to the rest of the Eurasian continental landmass and the Mediterranean, as well as of developing the hinterland areas which were left behind with respect to the coastal strip. According to the estimates by authoritative centres of research, the Belt & Road Initiative will, by 2040, increase World GDP by 7.1 trillion dollars per year, 4.2% per annum.
It is beyond doubt that the implementation of such an ambitious project (together with the Russian Razvite), will have considerable geopolitical repercussions if we bear in mind the fact alone that it aims at bringing together Europe and Asia both in infrastructure and economic terms. China’s self-affirmation has, furthermore, caused a substantial movement of the balance of trade from west to east, as well as an increase in inter-Asian trade. Asia, has, in effect, assumed a dominating role in the container-movement business. 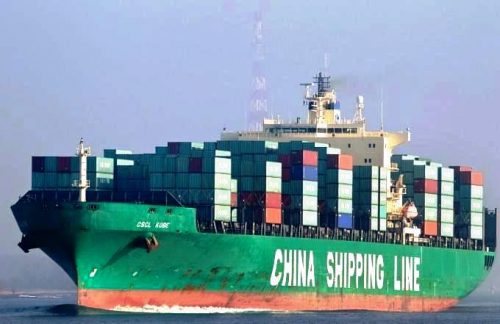 In this new geo-economic scenario, the sea continues to gain notable importance as the area where commercial goods flow, and becomes increasingly important for all sectors of the maritime economy, increasing the correlation between industrial production, commercial exchange and maritime transport. This has obviously brought notable changes to the department of maritime transport, generating close competition between transport companies, the progressive global alignment of port authorities towards private management, with the resulting disengagement of the public sector, resulting in competition between the ports themselves.
The naval shipyards are working at an increasing rate and it is estimated that, in the next three years, 133 new container ships of 10,000 to 23,000 TEU, 45 of which will be of 18,000-23,000 TEU, will be built. This also causes a strong tendency to concentrate sea-routes: In 1998, the top four companies owned 20% of the world market while today, that percentage has reached 57-58%. If we take into account the top ten companies, the figures are 40% in 1998 and over 80% in 2019. 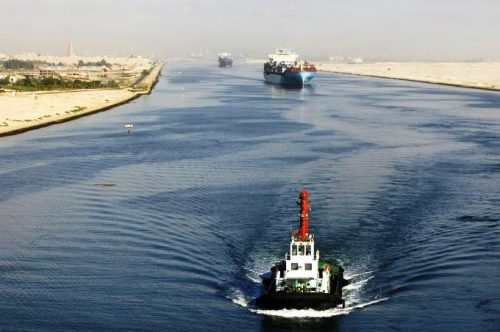 The emergence of new Asian powers, together with the disorganised economic growth in African countries, which are considered expanding markets with a greater diversity of rates than the countries of Europe has, besides, caused a movement in the geopolitical axis towards the south and east of the planet, encouraging the concentration in the Mediterranean of the new geo-economic streams of the world economy. This phenomenon, seen by the shipping companies as the basis of their activities, is identified by them as a dominant current changer that extends across the basin from east to west, from Suez to Gibraltar, allowing the Mediterranean to become the meeting point for intermodal long distance transport, replacing the North Sea routes. Proof of this is seen in the work of widening the Suez Canal, necessitated by the increase of traffic seen in recent years and still growing. In 2018 there was a further increase in transport with respect to the preceding years, with the record number of over 18,000 ships and 983.4 million tons of cargo passing through. These figures show how the strategic importance and the growth of the canal are a result of the development of the Indo-Pacific area where the interests of the major international actors have become concentrated. (F.R.)