A battle between the supporters of President Tshisekedi and the two main churches of the Congo is ongoing. The transparency of the next presidential election is at stake.

Once again, the catholic church has clashed with the state in the Democratic Republic of Congo. This is a tradition since the first clash between Cardinal Joseph Malula and Mobutu in 1972 over the dictator’s policy of authenticity which namely consisted in the suppression of the Christian names from the civil registries.
During the 1990s, there were another confrontation between the regime and the catholic church which supported the democratisation process, specially after the massacre of 35 people during a pro-democracy march of the Christians in February 1992.
During the presidency of Joseph Kabila, the catholic church was also at the forefront in the struggle for transparent and credible elections. 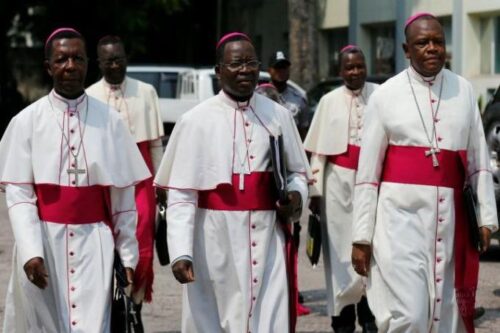 In 2011 and 2018, the catholic Bishops National Conference of the Congo (CENCO) demonstrated by his own networks who collected electoral results from all over the country that both elections were massively rigged. And this fight for transparency is going on. Since several months, bitter discussions are ongoing between the government and the main churches of the country. According to the constitutional, the churches are supposed to appoint the successor of Corneille Nangaa who was very close to former President Joseph Kabila as chairman of the National Independent Electoral Commission (CENI). His role will be to lead preparation of the forthcoming presidential and parliament elections in 2023.
But there is no consensus on the candidate. The supporters of President Felix Tshisekedi would like to appoint electoral expert Denis Kadima as CENI’s chairman. Kadima is backed by the Kimbanguist Church, the revival churches, the Jehovah witnesses, the Islamic Community of Congo, the Orthodox Church and independent churches. And he has probably more chances to be appointed CENI chairman than his rival Cyrille Ebokoto, who is supported by the catholic church, despite the fact that these smaller churches represent barely 30% of the population. Indeed, the authorities wish rather to take into account the number of church denominations who support Kadima rather than the number of faithful which they represent. 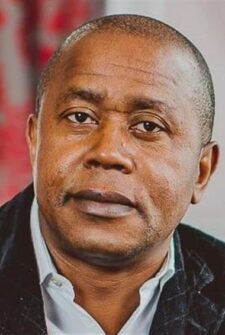 Denis Kadima according many observers has probably the best curriculum to chair Congo’s CENI. He holds a master degree in political sciences from the Joburg-based Witwatersrand University and he has an experience of electoral processes. He has organised the independence referendum in 2010 in Southern Sudan and elections in Tunisia the following year, on behalf of the UN. He is also the director of the Joburg-based Electoral institute for sustainable democracy in Africa.
But the catholic church and the main protestant denomination, the Church of Christ in the Congo (ECC) consider that Kadima does not look impartial enough. Both churches want to avert the repetition of the scenarios of the 2011 and 2018 elections. In both cases, the respective presidents of CENI, Reverend Daniel Ngoy Mulunda and his successor Corneille Nangaa allowed a massive rigging of the election.
Both the catholic church and the Church of Christ in the Congo (ECC) which together represent around 70% of the Congolese population have made clear they want “better organised elections” and a “democratic alternation of power”, as stated the CENCO, ‘s secretary general, Father Donation N’Shole on the 23 July 2021. 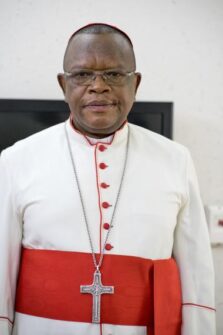 Catholic and ECC circles are convinced that President Tshisekedi and his followers want to postpone the elections well beyond the 2023 deadline. Indeed, in an interview to the UN-sponsored Radio Okapi on the 16 March 2021, the chairman of UDPS’ directory, Victor Wakwenda, declared that his party wanted to convince the parliament that President Tshisekedi’s mandate which began in February 2019, in fact only started at the moment when he got rid of Kabila’s influence, in late 2020.
Accordingly, Tshisekedi’s mandate should continue until 2025, two years after the expiration of the constitutional mandate.
At any rate, the archbishop of Kisangani, Mgr Marcel Utembi who represents the catholic church in these discussions said it did not feel involved in the choice of Kadima by smaller churches. Besides, Mgr Utembi insinuated that representatives of these smaller denominations had been bribed. Jeeps were offered by the authorities to some church leaders in order to convince them to vote for Kadima, the President’s choice, said the prelate.
Such attitude irritated considerably the authorities who accused the catholic church and the protestants to support the political opposition. This irritation comes on top an anti-catholic campaign which has been developing on the social media since February 2021. It includes messages inciting to arrest Cardinal Ambongo, accusing the catholic church of creating disorder and urging the faithful to join the revival churches whose leaders paid allegiance to Tshisekedi. 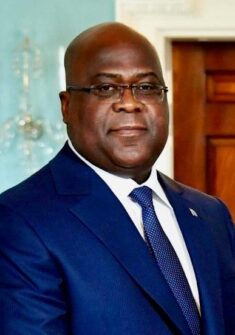 Félix Antoine Tshisekedi Tshilombo, President of the Democratic Republic of the Congo.

Verbal aggressions were followed by physical ones. The secretary general of Tshisekedi’s Union for Democracy and Social Progress (UDPS) Augustin Kabuya was particularly hostile. Then, on the first of August, a group of Tshisekedi’s party youth league, the JUDPS, attacked the archdiocese of Kinshasa buildings which are Cardinal Fridolin Ambongo’s residence. Stones were hurled at the buildings, while the young militants shouted hostile slogans against the prelate and the roman catholic church.
Obviously, the attacks came after the catholic church refused to endorse the choice of Tshisekedi’s supporters as President of CENI. Other attacks against church premises occurred in ten parishes of the Mbuji Mayi diocesis, in the Eastern Kasai province, says a communiqué of the local bishop.
These attacks express the strong resentment among the Tshisekedi side against the catholic church since its spokespersons made clear in 2019 that CENCO’s parallel counting of the results showed that he scored only 18% of the votes, well behind the winner, Martin Fayulu who obtained more than 60%. The UDPS’s hostility against the Catholics was also fuelled by a CENCO statement in March which deplored the degradation of the situation of human rights in the DRC. At the time, the government retaliated, blaming the catholic bishops for their “insurrectional activism”. 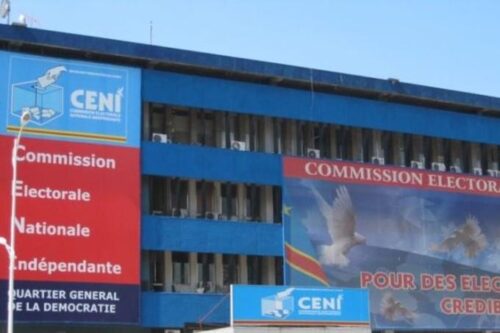 The Commission’s headquarters in Kinshasa.

The UDPS Youth League protested against accusations by catholic sources that it had attacked and stoned Cardinal Ambongo’s residence and said the entire accusation was a fake. However, on the 10 August 2021, the cardinal tried to defuse tensions by making a statement announcing that he was pardoning his aggressors.
But the problems unlikely to go away. There is a growing gap between the catholic church and the pro-Tshisekedi side, on strictly religious matters. Many Congolese have been shocked by a video of a UDPS meeting, broadcasted in March, where one of the party leaders makes an almost blasphemous prayer beginning with “In the name of the Father, Ya Tshitshi (the late Etienne Tshisekedi), of the Son, Ya Fatshi (President Felix Tshisekedi) and of the Spirit, the People First (Felix Tshisekedi’s slogan)”. In fact, the cult of personality has reached proportions which compare only with the period of the late dictator Mobutu Sese Seko whose picture appeared at the beginning of each TV news broadcast, as coming down from the clouds, like if it were the Almighty God in person.