Social themes, in general, and those economic, in particular, are at the centre of the pontificate of Pope Francis. There are three stages in his reflection on economics. The first is programmatic and contained in his first Apostolic Exhortation Evangelii Gaudium (EG – The Joy of the Gospel), the second is his choice of accompanying some innovative practices and the third is the courageous proposal contained in Pope Francis’ second Encyclical Laudato si’ (LS). He openly launches a challenge to rethink economics.

“This sort of economics kills”: the affirmation of Pope Francis in the encyclical Evangelii Gaudium (N.53), has caused various economists to start debating. For Pope Francis, it is not about economics as such which is a basic human activity, but about “these economics” that bring about social exclusion. An iniquitous social and economic system leads to the use of violence in uncontrollable spirals. Impoverishment and exclusion are the dramatic result of a consumer model of development, where the object of consumption is not only resources and things but people as well. We are faced, Pope Francis says, with “faceless economics” (EG 55). 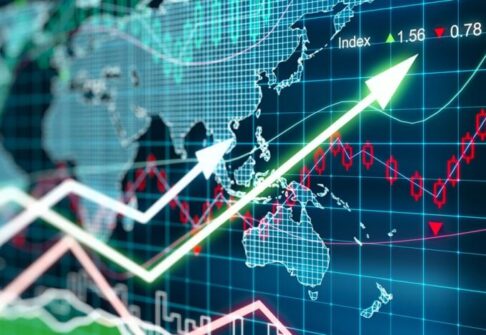 The human being is seen just as an instrument. He is reduced to a consumer good, according to fierce throwaway logic. In this regard, Pope Francis takes the opportunity to explicitly contest the theory of the “favourable outcome”, according to which, in the free market, growth by itself would provide the answer to inequality. The riches produced should filter down into the whole of society and improve the lives of all. In reality, this opinion is not borne out by the facts and “expresses a crude and naïve trust in the goodness of those wielding economic power and in the sacralised workings of the prevailing economic system” (EG 54). The result is that the excluded remain excluded. And, above all, a “globalisation of indifference” is brought into action which leads to the inability to weep for the pain of others and to feel compassion towards the cry of the poor.
It is clear that the problem lies in the situation where money, instead of serving humanity, dominates and governs it according to its own interests. How can we fail to realise what is taking place in the field of work? Nothing is being done about youth unemployment, the uncertainty of contracts, repayment forms of assistentialism, violent blackmail that forces people to forfeit part of their salaries, corruption and the delocalisation of companies followed by social dumping. 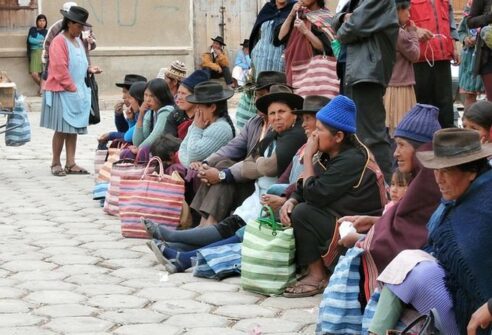 This is a clear sign of the divorce between ethics and economics. They have become separated into two stages: the production of wealth and its distribution. The sad conclusion is the praise of philanthropy while justice leaves the scene. The extremely rich are lauded in turn, Warren Buffett and Bill Gates, who create philanthropic foundations when it would be better to foster the independence of the two stages from the very start. Ethics must also calculate the productive stage, treasuring the value of the person as the protagonist in the economic sphere. They cannot content themselves with taking the field in the second half of the match, to distribute wealth already produced, even using doubtful methods. An adequate response must consist of a new mentality which starts from a different view of humanity and begins to dialogue with the poorest. Inclusion is possible only when we start to talk in terms of community, “the priority of the life of all over the appropriation of goods by a few” (EG 188). Solidarity is the ethical attitude capable of ransoming our humanity before doing so for that of the poor and the impoverished.

Second Stage, the social poets
It is the poor, the rejected and the marginalised who demand our attention. The Church of Pope Francis listens to their demands and organises their rebirth. It is a variegated world with such varied groups like Sem terra Brazilians and Argentinian Cartoneros, native Asian communities and those that are Latin American (e.g.: the Lenca of Honduras) or Africans (e.g., the Mufis: Union for Informal Sector-Malawi), women’s committees and popular soup kitchens, groups for water rights and of people who defend the environment and others that protect child workers, small artisans and hawkers, the workers of occupied factories and businesses turned into social centres, small farmers who incarnate family agriculture and members of cooperatives, the inhabitants of shanty towns and domestic carers. 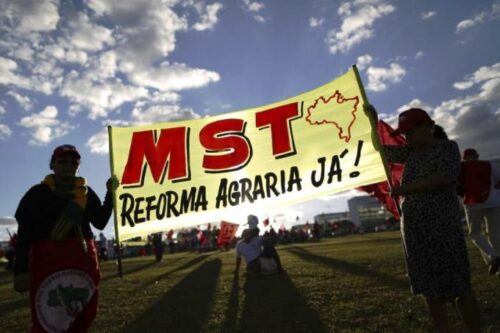 These are movements that create work where there seems to be nothing but the “leftovers of idolatrous economics”.
In Santa Cruz in Bolivia, the Pope defined them as “social poets: creators of work, housebuilders, and food producers, especially for those on the rubbish heap of the world market”.
These movements emerge from a state of social marginalisation through the protagonism of work. They contest an assistential vision of their condition and assume in depth the ecclesial principle of the universal destination of goods.
They oppose transitory and occasional responses with dignified labour, constructive commitment, participated creativity and solidarity. Faced with the temptation to impose uniform models of consumption, the offspring of the throwaway culture, the poor are able to get organised. They feel they are part of the workings but as free people.

Third stage. Towards integral ecology
In Evangelii Gaudium we read: “In this system, which tends to devour everything which stands in the way of increased profits, whatever is fragile, like the environment, is defenceless before the interests of a deified market, which become the only rule” (EG 56). This is the third stage in Pope Francis’ economics: to give a voice to creation, that gift of God in danger of being trodden down in the name of the idolatrous materialism of money, ready to marketise everything. 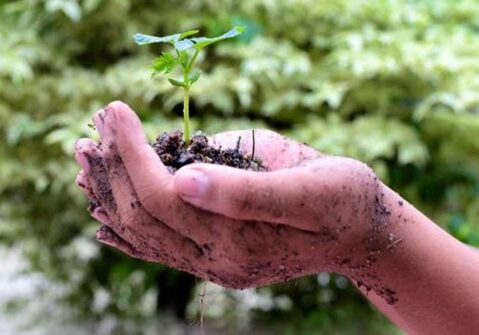 To have renewed economics, the encyclical Laudato si’ becomes fundamental as it is placed in the furrow of the social doctrine of the Church, taking up once more the theme of the universal ownership of good (cf. LS 93-95): “Whether believers or not, we are agreed today that the earth is essentially a shared inheritance, whose fruits are meant to benefit everyone. For believers, this becomes a question of fidelity to the Creator, since God created the world for everyone. Hence every ecological approach needs to incorporate a social perspective which takes into account the fundamental rights of the poor and the underprivileged” (LS 93).
This implies that the goods of the earth cannot be left to the advantage of just a few and it contests the form of injustice that support structures which tread upon the dignity of people. Hunger in the world is one of these. Waste, too, is a flagrant contradiction: there is sufficient food for all but there is no prudent method of distribution that enables everyone to have a place at the table of humanity. Waste calls for a double revenge in the eyes of the poor: it excludes them from what belongs to them and consumes multiple resources (such as water, energy, etc.) to produce what is thrown in the dustbin, to the detriment of all. 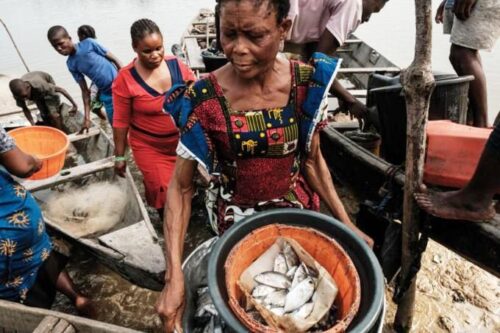 In this perspective, the evangelical and Christian view cannot but embrace the liberation of ideology from the privacy or absolute individual freedom that has dominated in the recent past. Today we gather the fragments of materialistic ideologies which offered a reductive view of the relationship between humanity and goods. Invoking a just insertion of the principle of the participation of all in the good of the earth is the work of justice in our time.
It is a matter of agreeing with the statement: “The worst discrimination which the poor suffer is the lack of spiritual care” (EG 200). Here there comes into play the dignity of believers who are called to render credible their passage through the world.
The encyclical Laudato Sì is not afraid to consider the primacy of politics over economics. Not in the name of a net separation but of a common service to life. Referring to a statement from the Compendium of the Social Doctrine of the Church (CSDC), Pope Francis notes that, “The environment is one of those goods that cannot be adequately safeguarded or promoted by market forces” (n. 470). Politics and economics must go arm in arm together. The Pope calls for the courage to change the model of global development: this requires thinking of the meaning of economics and its purpose. 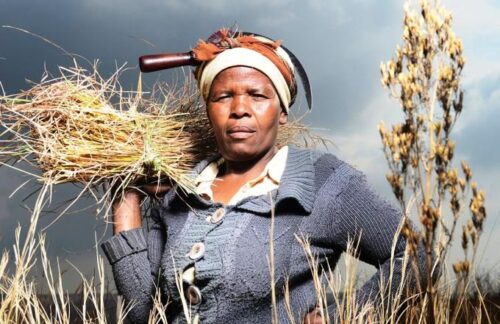 Pope Francis observes that “It is not enough to balance, in the medium term, the protection of nature with financial gain, or the preservation of the environment with progress. Halfway measures simply delay the inevitable disaster. Put simply, it is a matter of redefining our notion of progress. A technological and economic development which does not leave in its wake a better world, and an integrally higher quality of life, cannot be considered progress” (LS 194).
The search for a better quality of life does not necessarily correspond to the growth of the economy in terms of GDP: the signs of poor development are to be seen in the deterioration of the environment, in fragile relationships between people, in the depletion of resources and in the poor quality of food. Because of this, Laudato Sì warns against making sustainability into a version and a means to bring the ecological question within finance and technocracy.
In that way, the social and environmental responsibility of companies reduced us to publicity spots or image operations just as long as they continue making money. In reality, ecological conversion strives for economics that does not crush the person but values them for what they can contribute to the common good. 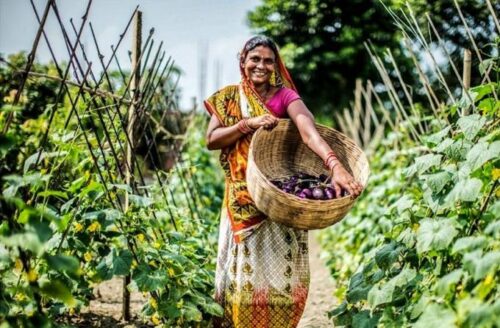 The three stages demonstrate a well-defined journey: an analysis of the situation with its contradictions; a glance at good practices; and the proposal for an economy that is in close connection with ecology. It is fundamental to examine the models of development that are incapable of justice. It is not easy but the Church of Pope Francis has set in motion an unstoppable process. An economy that is an alternative to that which is materialistic and consumeristic which must be redesigned with courage. Social innovators are required who are creative and able to make us dream. The mere glance of justice makes us see reality in a different light. However it may be, it is easier to understand it than to live it. To implement it, we need to encounter the beauty of sharing. The ‘perfect happiness’ of the Third Millennium.