“It is not enough to say that the Church is missionary. It is necessary to understand well what this mission consists of ”. Going out means ‘going towards suffering humanity to live fraternity, heal its wounds, help its needs, participate in its struggles for rights”.

The 1st Ecclesial Assembly of Latin America and the Caribbean (November 2021), proposed by Pope Francis in response to the request for a new Conference of the Latin American Bishops, brought together the different expressions and bodies of the People of God. It took place in the context of the process of synodal listening in preparation for the next Synod of Bishops in October 2023 (For a synodal Church: communion, participation, mission) and in the spirit of the last conference of the Latin American episcopate held in Aparecida in May 2007 (Disciples and missionaries of Jesus Christ, so that our peoples may have life in him).
This double reference defines the tone and perspective of this 1st Ecclesial Assembly: synodality and mission. And it appeared clearly in the theme of the assembly: we are all missionary disciples who go forward. These were and are inseparable aspects that relate to and involve each other reciprocally: the mission belongs to all and must be assumed by all (the ‘walking together’ of the people of God) and synodality is given in and in function of the mission (‘walking together’ in the mission). The synodal nature of mission (God’s people) and the missionary nature of synodality (mission) cannot be overstated. 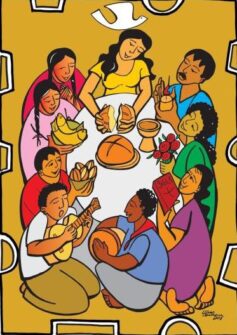 But here we want to insist on this second aspect: the missionary nature of synodality. This may seem simple and obvious, but in practice, it is much more complex and problematic than it may seem.
In the first place, because insistence on the participation of all in the Church can end up relativizing and/or leaving in the background the ‘where’ and ‘in what’ such participation consists and is given, and end up in a power dispute which would be nothing more than another expression of clericalism (disputed leadership/command).
Secondly, because mission can be and usually is understood/realized in an egocentric or self-referential way, relativizing or even denying its character as a ‘sacrament’ of salvation or the kingdom of God in the world and of ‘service’ to the poor and to the marginalized of this world (growth and internal dynamism of the Church). Just look at what the movements of missionary animation consist of in our communities, parishes, and dioceses (in practice, not in texts and documents).
It is not enough to say that the Church is missionary. It is necessary to understand well what this mission consists of, which is none other than the mission of Jesus, as it is narrated/witnessed in the Gospels: to announce and make present the kingdom of God in the world. 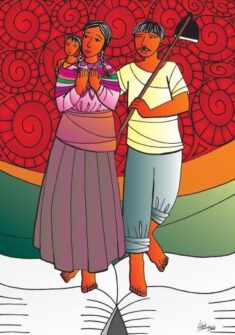 In practice, this means/implies helping those who have fallen, healing wounds, consoling the afflicted and the desperate, welcoming the marginalized/excluded and opposing customs and laws that threaten human dignity, denouncing the powerful and oppressors, living and setting in motion processes of fraternity (love, forgiveness, compassion, service, etc.) and exercising ‘power’ as a service. In a word: living according to the logic of the kingdom of God: divine sonship which is concretized in love and fraternity among all, even enemies. Every ecclesial activity (catechesis, liturgy, formation meetings, Popular Missions, missionary visits, etc.) must be conceived and carried out in view of the fundamental mission of the Church, which is to announce and make the Kingdom of God present in the world, which it is a kingdom of brotherhood, justice, and peace.
Francis never tires of insisting on the need and urgency of the ‘missionary transformation of the Church’ (EG, Ch. I), understood as ‘going out to the geographical, social and existential peripheries’ (EG, 20, 30, 46, 191). Faced with the self-referential tendencies of the Church, he incessantly insists on the need and urgency to ‘go to the peripheries’. Against all self-indulgence, it is necessary to go out (a Church that goes out). But this is not just any way out to any place or thing, but rather going out to suffering humanity to live fraternity, heal its wounds, help its needs, participate in its struggles for rights, etc.
This missionary perspective was at the centre of the 1st Ecclesial Assembly of Latin America and the Caribbean. This appeared clearly in the theme of the assembly: we are all missionary disciples who go forward. It is made more explicit in the pastoral challenges identified and collected by the assembly. It is true that the order/sequence of presentation of the challenges (the criterion used here is not clear) can relativize or even lose sight of this horizon of the Christian mission, placing the emphasis more on the internal life of the Church (ecclesial participation, protagonism of the lay people) and on its mission in the world (going out to the peripheries). 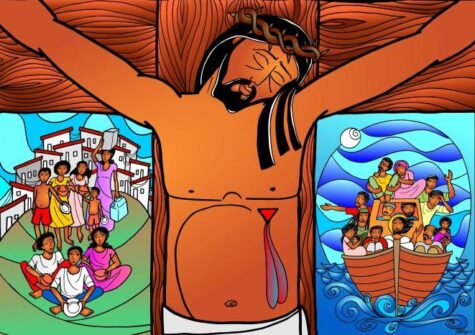 It is the permanent temptation of self-referentiality and clericalism. In any case, some of the challenges identified and collected by the assembly indicate the perspective and the fundamental path of the Church in this world and, concretely, in our time:
– ‘accompany the victims of social and ecclesial injustices with processes of recognition and reparation’;
– ‘promote and defend the dignity of life and of the human person from conception to natural death’; ‘ listen to the cry of the poor, the excluded and the rejected’;
– ‘reaffirm and give priority to an integral ecology in our communities, starting from the four dreams of the Apostolic Exhortation Dear Amazonia’;
– ‘accompany native and Afro-descendant peoples in the defence of life, land and cultures’.
Of course, these are not the only challenges facing our world. It certainly is not enough just to identify the challenges: they need to be made concrete and faced in every territory and/or context. They need to be transformed into pastoral projects. They must be assumed as a fundamental mission of the whole Church. But the challenges identified and collected indicate where the heart of the Church of Jesus must be and where it must walk if it wants to be faithful to Jesus and his Gospel of the Kingdom of God which consists in the manifestation of God’s love for suffering humanity, however scandalous this may be for the ‘priests and scribes’, for the ‘eldest son’ or for the ‘workers of the first hour’ that we all are. The poor and marginalized of this world are, in him, the judges and lords of our lives, churches and theologies (Mt 25: 31-46).
(Illustrations: Luis Henrique Alves Pinto)