Living with the street people. Evangelising the “inferno” of drugs. Experiencing “Mission Bethlehem”.

It is just a small plywood house with a few bits of furniture, a chair or two and a wooden bed that is always covered with things. In a corner there is a small kitchen with a few cooking pots. There are a few plates in the sink waiting to be washed.
This is where Father Gimapiero Carraro lives, 56 anni years old, an Italian, a missionary, in a slum in the heart of São Paolo. 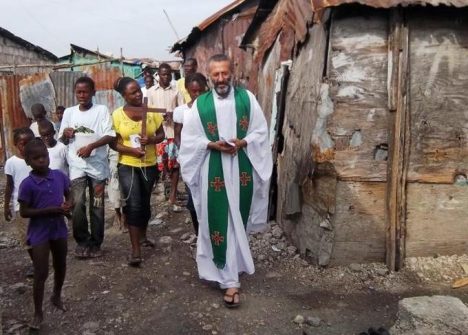 For thirteen years now he has shared life with those he calls “my brothers and sisters of the streets”: drug addicts, alcoholics and people with no fixed abode. He is one of the few – perhaps the only one since not even the police will do so – who has succeeded in entering Cracolandia, the land of ‘crack’, a synthetic drug, in São Paolo: a square kilometre in the middle of the city where hundreds of people peddle and consume their drugs in broad daylight. However, it is at night that things happen. Once the shops have closed, the streets begin to fill with the “slaves” of crack looking for peddlers and arguing over a crumb or two of this “drug of the devil”. Just skin and bone with shining eyes and a filthy old blanket over their shoulders and unwashed they wander in the darkness of the night looking for a scrap of crack, “the magical poison”. Suddenly the pavements are lit up with hundreds of cigarette lighters used to “burn” the rocks.  There are women, pale, lean and with dark eyes and cracked lips, with nothing left of their feminine character. Recently, the situation has worsened as the great drug industry has invented OXI, a drug worse than crack (made from the waste of cocaine waste with added chalk, petrol, formaline…). 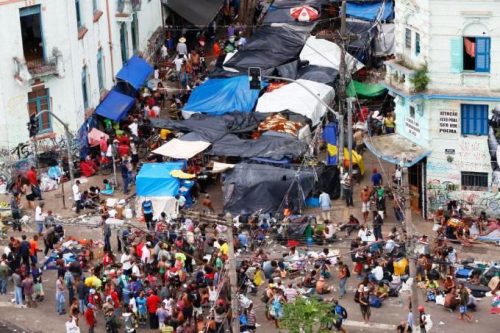 Father Giampiero tells us: “There is a holy poverty which is that of Jesus and a slavish poverty which is that of destitution and addictions”.
“We came on the streets – he tells us – to live in communion with those who live there: people who, in most cases, feel they have reached the end, rejected by all and with no hope at all”.
He describes his calling as “a calling within a calling. From slaves to saints”.  Like his fellow missionaries, he sleeps under the bridges and on the pavements together with “the people of the streets “.
Years have gone by since but Father Giampietro will never forget the first time he came to Cracolandia: “We were about 200 people marching in procession. I was in front bearing the Blessed Sacrament. Then, right in front of us, a human wall of no less than 500 people appeared. I said a prayer to Lour Lady and the wall opened up, people stepped aside, including the drug pushers, and we passed through them. From that moment on, we repeated those visits among the poor with Jesus in the Eucharist and we never once had any trouble”. 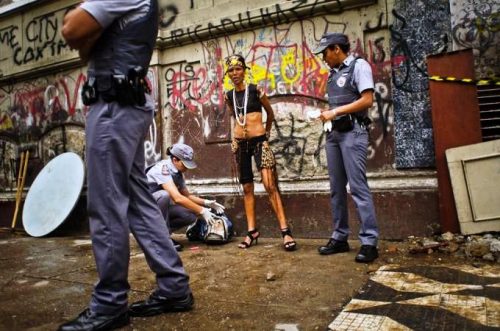 Father Carraro explains how and why the idea arose to bring the Blessed Sacrament into the inferno called: “Cracolandia in São Paolo is surmounted by a large statue of the Risen Jesus belonging to a church of the Salesians. By bringing Jesus there, into that context of absolute misery and neglect, we wanted to show openly that Jesus is Risen and brings resurrection everywhere there is nothing but death. This is not just a nice theory: every time we go to Cracolandia, an average of twenty people join the procession and then ask to be admitted to the Missão Belém movement and try to change their lives”.
In 2005, Father Carraro started Missão  Belém, a movement officially recognised by the diocese in 2010 which has the purpose of incarnating the miracle of Bethlehem among the poor, with the poor and for the poor. Today, this great family welcomes children, the elderly, the sick and people who live on the streets. 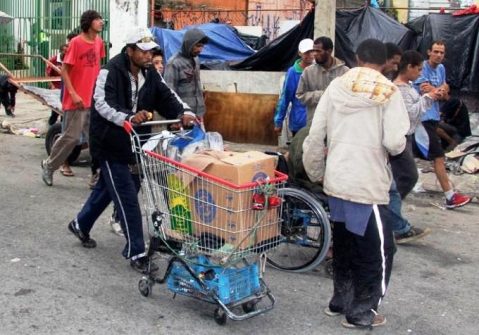 The headquarters of Missão Belém is nothing other than Father Giampiero’s house. From there, day after day, the missionaries and their collaborators go forth to meet the lowest of the earth to give them a second chance.
The secret, Father Giampietro explains, is called spirituality, and implies seeing the poor with authentic eyes of faith. “There is nothing poetic about getting up close and personal with the really poor. The situations we come across are terrible: people are often soaked in their own urine, covered with fleas, often under the influence of drugs or alcohol. It is not easy to embrace people like that”, Father Giampietro affirms. And he adds: “During the first year of Missão Belém, Sr. Calcida and I went to Assisi. In the presence of Saint Francis we came to understand something essential: there exists a holy poverty like that of Jesus who became man for us in Bethlehem, and the poverty of slaves, of the victims of alcohol, drugs and exclusion. Our aim is not to make the poor rich but to transform the poverty of slavery into holy poverty. For us the challenge consists in this which we call ‘evangelising Hell’”. Father Giampiero stresses this a lot: “Even though Missão Belém, if we look at the numbers, is the main welcoming entity in Brazil today, ours is still not a social work but a work of evangelisation”.
In a period of 13 years, Missão Belém has helped 100,000 people, with a total of 4 million days of hospitality. “I say this not to boast – Father Carraro points out – but to show what has been done for these people, without the help of the state”.
In Brazil, Missão Belém has 2,200 beds in 170 houses. As many as 60 of these are reserved for the mentally and physically ill. 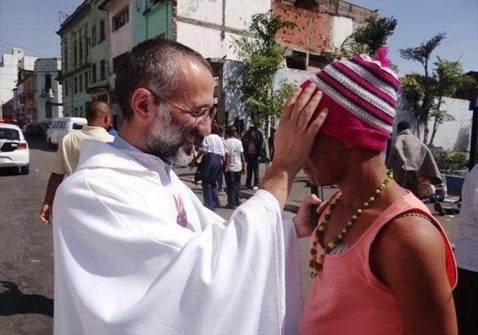 For the most part, the people who manage the houses are volunteers: people coming from the streets who, once they have recovered, set about serving others full time: “They are about  200, or 1% of the  20,000 who, in total, we have succeeded in ransoming from the slavery of drugs or alcohol”. Father Gilson is one of them: with the physique of a bouncer and a contagious smile. “Today he is a priest but he was a drug addict; he was even one of the founders of Cracolandia”, Father Carraro tells us. “Once out of the dead end of drugs, twelve years ago he came to know us and, with us, little by little he found his vocation and was eventually ordained priest by Cardinal Odilo Pedro Scherer, of São Paolo”.
This is the sort of miracle that happens at Missão Belém. “Marcio, in his former life, used to steal lorries and ended up in prison. Today he is in charge of a series of hospitality houses of ours”. Per In the words of the Gospel: the stone rejected by the builders has become the cornerstone.Today Missão Belém is present in Brazil, in Haiti, in Bosnia and even in Italy, with about a thousand supporters. (G.F.)