Besides their family names, the Batooro have pet names called empako. It was a sign of social identity. When greeting each other, the Batooro use the empako. It must be mentioned as part of the greeting.

Tta Akiiki! Tta Abwooli!  That was how we saw people in Tooro share pleasantries as soon as they come across someone they were familiar with. If one is not familiar with you, he/she will greet you while telling you their pet name (Empako), before we knew it, someone came and told us, “empako yange Ateenyi”, eyaawe? (my pet name is Akiiki what is yours?) since we did not have one, we never responded, we told Ateenyi that we did not have empako and they just knew that we were from a different part of the country.
After asking around, we found out that when greeting someone in Tooro, you are supposed to address them with their empako because it was a polite way of addressing someone with respect. 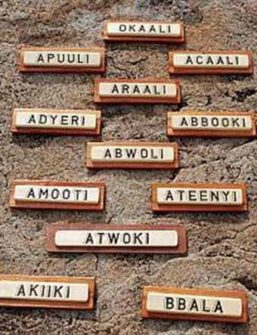 In Uganda, the batooro are known for being very humble and polite people.
When a person tells you their pet name in Tooro you are required to respond by telling them your pet name as well. We were made to understand that in Tooro people address each other with pet names. They also told us that this was a culture brought in by the Babiito-Luo who are kings and still rulers of Tooro kingdom.
We were told that, thousands of years ago, it was believed that Bunyoro Kitara before the Tooro kingdom broke away was invaded by Babiito-Luo who in turn drove out the rulers of the time who were the Chwezi. The Babiito-Luo then assumed the kingship of Bunyoro Kitara.
The Babiito-Luo were from the Luo tribe who were Nilotic and had different cultures from the Bunyoro/Tooro who are Bantu speaking. Among the many things they introduced in Bunyoro/Tooro, was the Empako which was to be used as a title to address someone; they too dropped their language and instead picked up the bantu speaking language of the batooro. 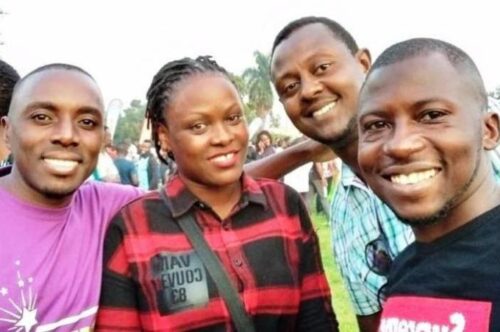 A retired teacher from Tooro, Nyaruhuma Abwol, said that among the Batooro, it’s an abomination and lack of respect for a junior to address a senior with their names; they use the empako to address their seniors and even a senior will use a junior’s empako to address them. He added that everybody in Tooro is given the empako and anyone associated with the Batooro people also receives the empako.
Once a man or woman from a different culture marries or is married among the Batooro he/she will be given the empako by his or her in-laws and they will address him accordingly.
He added that once a child is born, they will take days before it is introduced to the public.  If it is a girl, it will take three days before she is introduced to the public and if it’s a boy, he will be kept away from the public until after four days when he is brought out. That is the day the baby will be given a surname and it will receive its empako on the same day. Nyaruhuma also said during the naming ceremony, a ritual is performed and family, friends and well-wishers are usually invited to attend the ceremony. 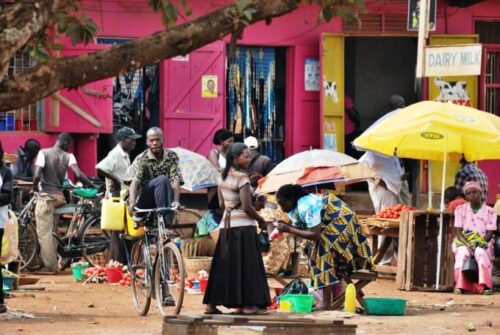 The family of the newly born baby will prepare a meal which has smoked meat and mushrooms cooked in cow ghee and it will be served with millet (traditional Tooro meal). The retired teacher pointed out the meal will be served to the invited guests after the toddler has been given a name and empako to accompany his name and they will begin addressing the baby with his empako immediately.
If the person getting the empako is from a different tribe and culture, the family or friends will prepare a meal of smoked meat and mushroom cooked in the cow ghee and served with millet and then the person will be given the empako.
The Batooro and Banyoro have a number of empakos which are given to men only, then to both men and women but the Tooro King has a special empako which he never shares with anyone in Tooro, which is Okali. 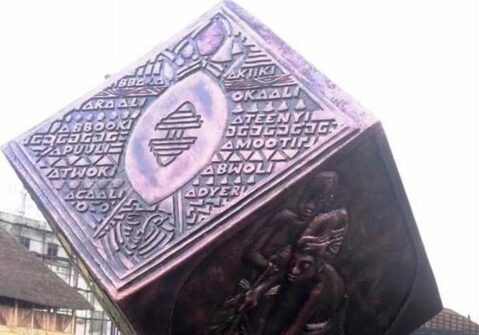 Another empako which is rare in Tooro is Bala this is given to chiefs especially. Then Araali, Ocaali and Apuuli are only given to the men, the rest of the pet names can be shared among the women and men.
He added that, the empako have meaning although the Batooro do not attach meaning to names; this he said was a culture from the Luo people who attach meaning to all their names and which is the of Babiito origin who ruled and still rule the Tooro kingdom.
Some of the empako can be interpreted by the Luo to mean something for  them; for example among the Luo, Amooti means greeting, Adyeeri comes from Adyera and means friendship.
Other empako which can be shared by both men and women are Akiiki, Abooki, Atwooki, Abwooli, Ateenyi.
The elder said that some of the empako are also given to people depending on character; he said for instance that abwooli is given to a very calm person. Nyaruhuma said that the empako have not only remained native to Tooro, but have now crossed boundaries and other people from different tribes and cultures who have no connections to Tooro have also taken up the names.