Every year, thousands of migrants and refugees arrive in Johannesburg from several African countries. The House of Mercy and the Jesuit Refugee Service have been committed to serving hundreds of marginalized people in the metropolis for two decades now.

Johannesburg is home to about half a million refugees and asylum seekers, one of the largest urban populations in the world. They arrive mainly from African countries with conflict situations, such as Eritrea, DR Congo, Nigeria, Somalia and Burundi.
Unlike many other countries, there are no refugee camps in South Africa, while there are four reception centres located in Pretoria, Cape Town, Durban and Messina; the latter is close to the border with Zimbabwe. Refugees arriving in South Africa must register as asylum seekers and apply for a refugee permit in order to get an asylum seeker card that allows them to study or work in the country. 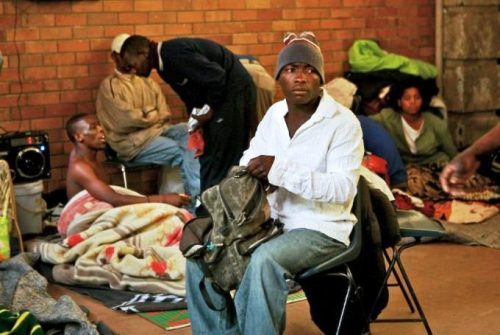 However, finding a job is almost impossible, considering that the unemployment rate in South Africa is estimated at 35%. If one is lucky there are some opportunities in the informal sector of street vending. The permit must be renewed periodically until the refugee status is obtained. Those who are finally granted refugee status (it takes about ten years) have access to health care and retirement benefits, like all South African citizens. The Ministry of the Interior of South Africa, estimated, at the end of 2016, that 170,000 refugees and slightly less than one million asylum seekers were in the country, these data reflected how huge the scale of this phenomenon is.
The United Nations define as ‘refugee’ a person who has been forced to cross national boundaries due to war, violence or persecution because of their sexual orientation, or religious, political or ethnic affiliation. An ‘economic immigrant’, on the other hand, is a person who emigrates in search of a better future, because of lack of work or of prospects of a decent life in their place of origin. 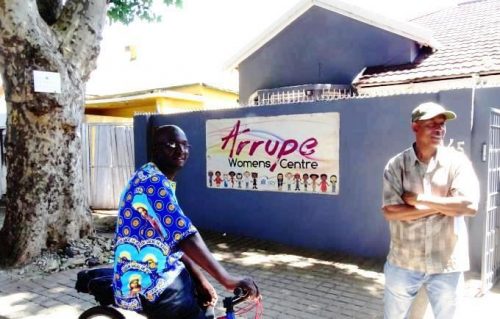 There are some five million immigrants, mostly from Zimbabwe, Mozambique and Nigeria, in South Africa. Unlike the economic immigrant, the asylum seeker is allowed, temporarily, to study or work in the country. This is the reason why, according to the Government of South Africa, many immigrants request asylum without being truly refugees.South Africa plans to create a single refugee reception centre, next to the border with Mozambique, where the asylum seekers would remain confined until they are granted or denied refugee status.
Those who do not obtain refugee status would be very likely repatriated to Mozambique, the country from which the majority of them enter South Africa. Members of civil society consider this reform of the immigration law a way to limit the rights of refugees. In 2014, 15 percent of asylum applications were processed favorably. A year later, the percentage dropped to four percent. Luckily, there are those who are on the side of the most disadvantaged. Diana Bemish left her job as a teacher to dedicate her life to refugees. More than 20 years ago, she founded the House of Mercy, a home for 22 refugees in the northeast area of ​​the city. “I was shocked by the images of the exodus from Rwanda in 1994 and I felt I had to do something. Everything started with the renting of a house for five refugees. People who are hosted at the Mercy House find a family who cares for them”. Diana says.  “Although I left the House of Mercy three years ago, I still consider it my home”, says Donatus, a Burundian who fled his country in 2003 and who now works as a chief nurse in a public hospital in Johannesburg. His psychological wounds, due to the violence he had experienced and to the continuous fleeing from one place to another, were healed at the House of Mercy. After going through DR Congo and Tanzania, Donatus finally settled down in Johannesburg. He enrolled in the Bible School of Pretoria, then he studied nursing and even collaborated as a lay missionary in Malawi on projects for the promotion of women. 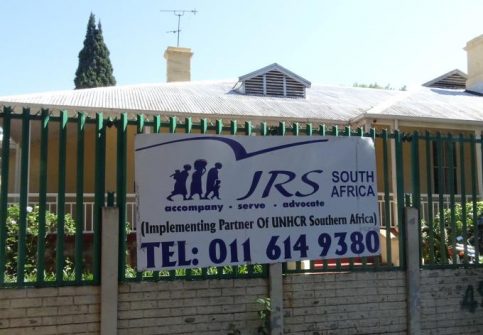 Mama Mi, is from Rwanda and prefers not to remember the travail she experienced before arriving in Johannesburg. Now, she cooks for and takes care of the children at the House of Mercy. She has become a member of the committee that coordinates the functioning of the house. “I, along with other people, started a new life here. That’s why I feel grateful to God”.
There are also other centres that focus on refugee needs in South Africa, such as the Jesuit Refugee Service. The JRS was established in 1998 and it was started as a spiritual and practical response to the plight of refugees. Its director, Johan Viljoen, recognizes that they must respond to countless challenges that refugees face: first of all accommodation and basic needs. 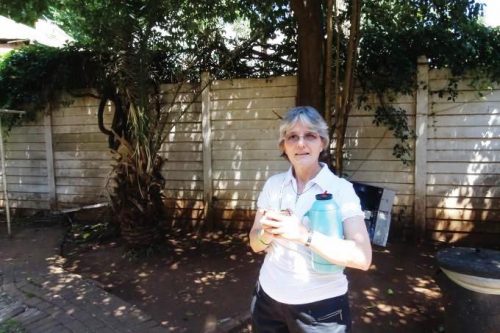 Dominican Sister Lidia Danyluk works as Community Outreach officer at JRS. She supports refugees psychologically. She is also committed to promoting a culture of hospitality, together with the local community. “When we explain the reality of refugees to locals, they understand and become bearers of a message of hospitality among their communities”, explains the Argentine religious. “At the same time”, she says, “refugees, for their part, should try to interact with locals; they tend to remain within their own communities instead. They feel safer with their compatriots. They happened to be attacked by locals and therefore they are scared, nevertheless, efforts for integration should be made by both sides”, says Sister Lidia. The diocese of Johannesburg also offers pastoral care to the refugees. 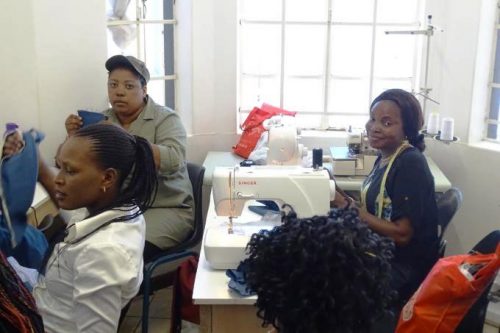 Sister Lidia tell us that the JRS South Africa also runs the Arrupe Center, a women’s skills training centre that provides women with English language training, followed by skills training courses in sewing, hairdressing, baking, cosmetology and computer literacy. Upon successful completion of their training, women are issued with start-up kits (for example a sewing machine and materials, if they have completed the sewing course). They then undergo a business training seminar, and are then supported and monitored to ensure that they can use their newly acquired skills to generate income for themselves and their children. The Congolese Henriette, is about to get a certification which is issued to all those who successfully completed their courses. Henriette is about to achieve her graduation in the course of sewing. Her dream is to set up a small sewing workshop and leave street vending. “Every day I find reasons to thank and glorify God because he has never abandoned me. I hope to be able to help other women at the Arrupe centre”, she says.