Bishop Emeritus of Xingu, Erwin Krautler, traces the history of the Church in the Amazon. “With its feet on the ground”.

The history of the Church in the Amazon differs greatly from the history of the Church in other parts of Brazil. Half of Brazil’s area was forgotten for centuries by the dioceses of central, south-eastern and southern Brazil. At the same time, the Church in the Amazon was a pioneer in embracing the Spirit of the Second Vatican Council. The Latin American bishops at the Medellin Conference in 1968 tried to ‘Latin Americanize’ the constitutions and decrees of that historic event; the bishops attending the meeting in Santarém tried to ‘Amazonize’ Medellin.  Since 1954 the bishops of the Amazon had met periodically, but the Santarém Document generated a new spring for the entire Amazon. The bishops spoke of ‘a Church with an Amazonian face’. They were inspired by the words of Pope Paul VI, ‘Christ points to the Amazon’. 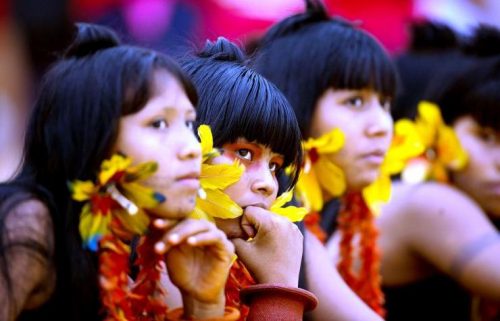 The Interregional Meeting of the Bishops of the Amazon, which was held in Santarém on 24-30 May,1972, was a milestone in the journey of the Church through this immense region. The ‘Priority Lines of the Pastoral of the Amazon’ constituted a Copernican turn in the pastoral and evangelizing action.
The bishops renounced all triumphalism. It was recommended to all dioceses and prelatures that they descend from any throne so that our Church could really become a Church ‘with its feet on the ground’.
The Church of the Amazon follows two basic guidelines: the Incarnation in reality aimed at the knowledge and coexistence with people, and a liberating evangelization. These guidelines brought to the option for four priorities: the formation of pastoral agents; the Base Christian communities, first and fundamental ecclesial nucleus; the indigenist Pastoral;  and other pioneer fronts.
Two years later, at the meeting in Manaus (1974), another priority was added: youth. It was a true Pentecost.
A ‘new way of being a Church’ was crystallized forever, which implied a new way of carrying out the Christian mission by bishops, priests and religious people, in simplicity and sharing with others, in the Samaritan and prophetic dimension. It also meant embracing the concept of the ‘preferential option for the poor’, and solidarity with the excluded ones, in the live and participative celebrations that unite faith and life, in the generous commitment of women and men, youth and adults, in the various pastorals. 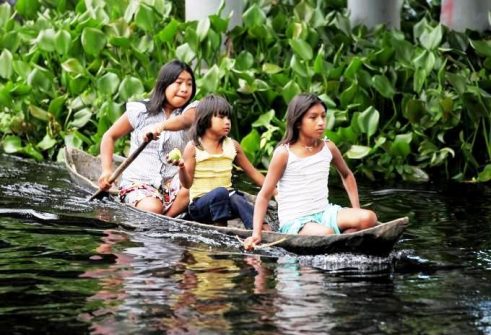 Lay people stopped being mere consumers of what the clergy presented and assumed their responsibility in the building of the Kingdom of God in the Amazon. We ask ourselves today, what the Church in the Amazon would be without the commitment of the laity, mainly of women. The priests and bishops of the Church in the Amazon, until recently, came from Europe or North America. At the time of the so-called Romanization of the Amazon that began in the second part of the 19th century, the missionary activity in the area was carried out by several orders and congregations, whose headquarters were in other continents.
The National Conference of the Bishops of Brazil, (CNBB) itself, founded in 1954, did not focus on the situation in the north of Brazil, since it was considered a missionary area. Until, in January 1972, Monsignor Aloisio Lorscheider, president of the CNBB, Monsignor Avelar Brandão Vilela, vice-president, and Monsignor Ivo Lorscheiter, secretary general, realized the precarious situation of the Church in the Amazon. Therefore, the project ‘Sister Churches’ was created in order to promote solidarity among dioceses or regions. Monseñor Estevão Cardoso Avelar (+ 3.12.2009),  announced in a press conference that the Brazilian episcopate would promote a program of mutual aid among the Brazilian dioceses. “All dioceses, even if they are poor, can always contribute in favour of poorer ones”. It was a laudable initiative, but what the Churches of the Amazon hoped for was only partially realized.

In defence of life in the Amazon
As a consequence of the scarce number of missionary vocations among the orders and congregations based in Europe or in North America, the bishops of the Amazon finally began to invest more in indigenous vocations and that effort managed to significantly change the percentage of the diocesan clergy in relation to the clergy from other countries. But, due to the great migrations to the Amazon and the vertiginous population growth, the number of priests continues to be insufficient. It is interesting to note that in the oldest riverside cities, Catholics constitute more than 70% of the population, and in the more recently founded parishes, composed mostly of migrants, the presence of evangelical communities becomes increasingly significant and in some cases they constitute more than half of the population. 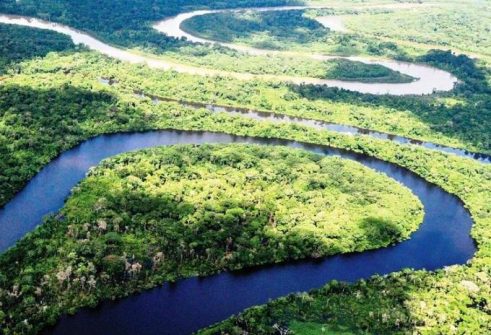 Another meeting of the bishops of the Amazon had even international repercussion; it was the meeting of Icoaraci in 1990. The bishops wanted to share ‘a concern that affects all of us: the destruction of the environment in the Amazon’. They defined as ‘sowers of death’ those who ‘violently and irrationally attack nature, destroying forests, poisoning rivers, contaminating the atmosphere and killing entire peoples’. They questioned big projects such as the construction of new roads and dams, or indiscriminate agricultural, extractive and logging activities that put native peoples’ survival at risk and cause massive internal migration to urban areas. The Bishops of the Amazon denounce both: the evils that afflict the region and those responsible for these evils in the document ‘In Defense of Life in the Amazon’. They feel it is their duty to make public those mechanisms that can cause ecological disasters with consequences that become ‘catastrophic for the entire ecosystem and surpass, no doubt, the borders of Brazil and the continent’. The document is an unequivocal denunciation, but at the same time it is a vigorous profession of faith in the God of Life.
The bishops of the Amazon were the first among those of the Church of Brazil to demonstrate ecological sensitivity and became pioneers in the defence of the environment. Their appeal reverberated on 23 and 24 May, 1990 in Assisi (Italy) as a proposal for an Ecological Manifesto called, ‘The Scream of the Church in Defence of Life in the Amazon’. All these themes are also among the main issues of the Pan-Amazon Synod.

Special Assembly for the Pan-Amazonian Region
On Sunday, 15 October, 2017, Pope Francis, addressing the faithful and pilgrims gathered in St. Peter’s Square in the Vatican, said he had decided to convene a Special Assembly of the Synod of Bishops for the Pan-Amazonian Region to be held in Rome in October 2019. He revealed that he took the decision in response to “the wish of several Episcopal Conferences of Latin America”, and to “the voice of various pastors and faithful from other parts of the world”. He explained that its main aim is “to identify new ways for the evangelization of that portion of the people of God, and especially the indigenous peoples in this region of the world who are often forgotten and without the prospect of a serene future, also because of the crisis of the Amazonian forest, which is a lung that is of capital importance for our planet”. 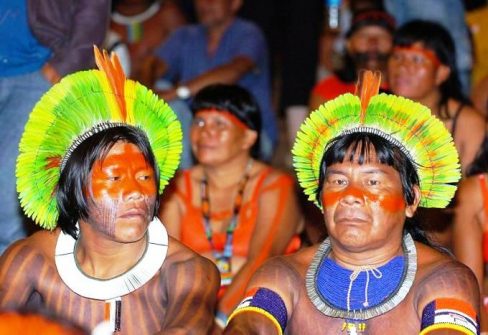 The Preparatory Document for the 2019 Pan-Amazonian Synod, has been an invitation for the Church to ‘See’ the identity and cries of the Amazon Basin, to ‘Discern’ a path towards a pastoral and ecological conversion, and to ‘Act’ or walk along new paths for a Church with an Amazonian face. It also provides a questionnaire for the region’s bishops to share their pastoral and ecological concerns ahead of the Synod.
The Pope did not want just a scientific analysis of the situation, but insisted that the people speak, express and loudly express their “joys and hopes, sadness and anguish”. The traditional Seeing becomes Listening.The Pope wants to know what the People of God think about “the threats to life, territory and culture; about the aspirations and challenges of the Amazonian peoples in relation to the Church and the world; what hope the presence of the Church offers to the Amazonian communities for life, territory and culture; how the Christian community can respond to situations of injustice, poverty, inequality, violence (drugs, sexual exploitation, discrimination against indigenous peoples, migrants, etc.) and exclusion. 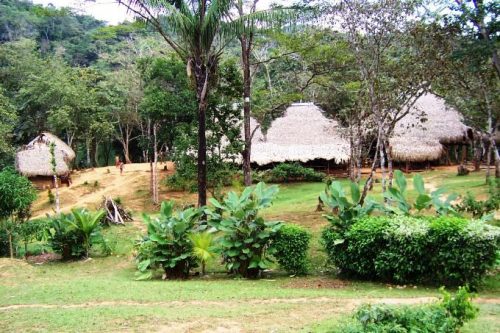 Only 70% of the communities in the Brazilian Amazon have the chance to participate in the Eucharistic celebration three to four times a year. Therefore, the Eucharist, instead of being “the source and apex of the whole Christian life” becomes a liturgical act of exception, “a thing for priests”. That is why the Pre-Synodal Council, of which I have the privilege of being part, asked the people of God the following question: ‘One of the great pastoral challenges of the Amazon is the impossibility of celebrating the Eucharist frequently and everywhere. How to respond to this situation?’ There are high expectations not only for the church in Amazon but also for the Universal Church.