The covid 19 pandemics has caused a recession in Africa which makes the repayment of external debt instalments unstainable and may jeopardises the fight against poverty reduction. The G 20 countries have decided to freeze payments. But this might not enough to to cope with the consequences of the recession.

In a matter of weeks, the Covid 19 crisis has considerably worsened economic prospects on the continent. For the first time in 25 years, Africa should record a negative growth rate in 2020. According to the latest World Bank update on the region, the growth is forecast to fall from 2.4 per cent in 2019 to between negative 2.1 percent and negative 5.1 percent in 2020.  World Bank experts project that Covid-19 will cost Africa between U.S. $37 billion and $79 bn in 2020. Rwandan President Paul Kagame says that it could take “a generation or more” for the continent to recover. Accordingly, at least $100 bn in international support to Africa is needed this year alone.
The trend is caused by a combination of factors including the lower demand from the main trade partner, China but also from their partners, less foreign financing resources and lower remittances and tourism revenues. According to the World Bank, in 2020, remittances from migrants to Africa will plunge by 23.1% to US $37 bn in the wake of the Covid-19 crisis. Nigeria which received the largest flows with $23.8 bn in 2019, is the most affected country, followed by Ghana ($3.5 bn)
and Kenya ($2.8 bn). 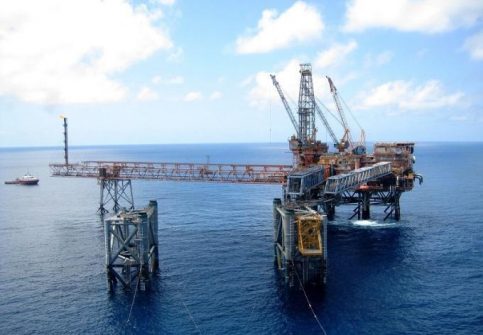 Oil and minerals producing countries should be the hardest hit. The dramatic fall of the oil prices from 67 $/barrel by end December to only 25 $ on the 4 May 2020 is expected to provoke a 9% fall of the GDP in Congo-Brazzaville where crude oil accounts for 85% of export earnings. Other oil exporters like Nigeria, Angola, Algeria, Libya, South Sudan, Gabon, Cameroon and Equatorial Guinea are expected to suffer as well.  A 2.2 percent drop of the GDP is anticipated in the Democratic Republic of Congo, owing to the fall of copper and cobalt exports which account for 90% of total export earnings, alongside with oil and other minerals. A similar shocked is anticipated in Zambia. South Africa, the second economy of the continent after Nigeria, should face a likely contraction of its GDP ranging between – 0.8 percent and −8 percent.
The UN warns that 29 million Africans could be pushed into extreme poverty, reversing a decades long decline. Some fear the health crisis will spark security crises across the continent, foreshadowed by recent deadly crackdown in Kenya from police enforcing a curfew. In addition,  Africa could experience reduced foreign direct investment flows since partners from other continents are redirecting capital locally. Travel bans and lockdowns are limiting crossborder movements. The knock-on effects for the public sector could be severe, in terms of reduced tax revenues, limitations on access to hard currency and rising deficits. 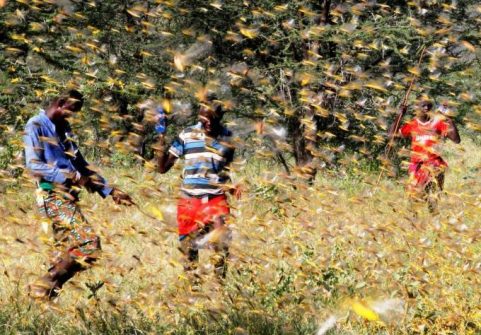 In the Horn of Africa, the damaging impact of the Covid 19 crisis coincides with the worst invasion of locusts since generations. The UN says that 20.2 million people are facing severe acute food insecurity.The Food and Agricultural Organization (FAO) warned that in Sudan, Somalia, Ethiopia, Kanya, Djibouti, Eritrea, Tanzania, South Sudan and Uganda, the formation of new locust swarms “represents an unprecedented threat to food security and livelihoods because it coincides with the beginning of the long rains and the planting season have invaded the region.”
According to the FAO, the destruction caused by billions of desert locusts, some in swarms which have the size of Moscow, could have a devastating impact since “the vast majority of the population depend on agriculture for their livelihoods (80 percent in Ethiopia and 75 percent in Kenya). Besides, lockdowns to combat the coronavirus are hampering efforts to exterminate the locusts. In Uganda, authorities were unable to import enough pesticides from Japan, as the pandemics disrupted cargo shipments. The lockdown imposed in South Africa made it difficult to secure the helicopters for locust surveillance. 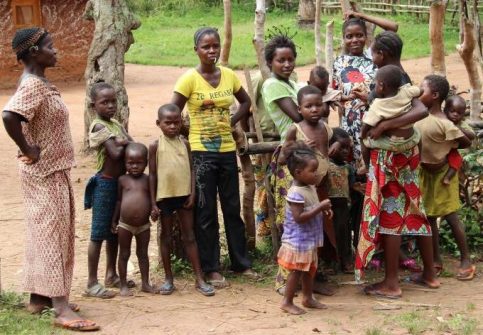 In such context, the fear is that repayments of the external debt which amounted to $ 365 bn by 2018 could bring Africa’s economy to its knees. In his Easter address, pope Francis called for the cancellation of the debt of poor countries. On the following day, the French President, Emmanuel Macron, made a similar plea, stressing that one third of Africa’s exports revenues goes to the debt service repayment, which he called a “crazy” situation. The message was partly heard; on the 13 April the International Monetary Fund announced an immediate debt relief of $ 500 m. for 25 poor countries (Afghanistan, Benin, Burkina Faso, Central African Republic, Chad, Comoros, Democratic Republic of Congo, Gambia, Guinea-Conakry, Guinea-Bissau, Haiti,  Liberia, Madagascar, Malawi, Mali, Mozambique, Nepal, Niger, Rwanda, São Tomé and Principe, Sierra Leone, Solomon Islands, Tadjikistan, Togo and  Yemen). “This provides grants to our poorest and most vulnerable members to cover their IMF debt obligations for an initial phase over the next six  months and will help them channel more of their scarce financial resources towards vital emergency medical and other relief efforts”, said the IMF managing director Kristalina Georgieva.
The initiatives followed an earlier call from the African finance ministers on the 1 April for such debt relief measures. 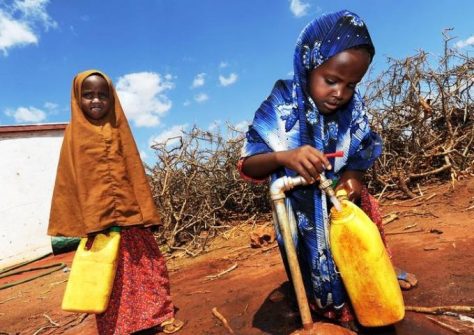 On the 15 April, G-20 countries agreed to freeze payments on bilateral loans to poor countries until end 2020. The French President called the measure a “world first”. Yet, this freeze is not the write off some would have expected. One of Africa’s main creditors, China which holds 20 percent of the continental debt, while financial institutions and the private sector hold 32 percent and 30 percent respectively, had a reserved response. The Chinese Foreign Ministry argued that “the origin of Africa’s debt problem is complex and the debt profile of each country varies” but it understood “that some countries and international organizations have called for debt relief programs for African countries”. Then, at the G-20 Meeting, the Chinese Finance Minister Liu Kun declared that “China supports the suspension of debt repayment by least developed countries and will make its necessary contributions to the consensus reached at G-20.” 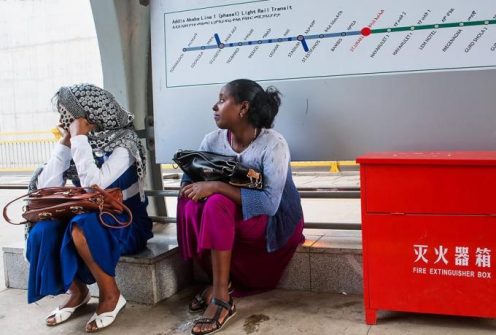 Now, China is unlikely to engage itself on the path of total debt forgiveness, especially on concessional loans and commercial loans, which represent the majority of African debts owed to China. Rather than outright relief, postponement of loan payments, debt-restructuring and debt/equity swaps are more likely options. There are precedents. In the case of Ethiopia, in 2018, China agreed to a restructuring of debt, including a $4 billion loan for the Addis-Djibouti railway, extending the repayment terms by 20 years. But in Burma, China converted debts into the acquisition of equities in new dam projects.
Another option could be to forgive zero-interest loans. In 2018, Chinese President Xi Jinping announced forgiveness of all such loans for least-developed African Countries. But this kind of loan makes up only a small portion of Africa’s debt to China.
The Finance Minister of Benin, Romuald Wadagni thinks that the moratoriums on the servicing of the bilateral public debt of African countries or write-offs may indeed provide an immediate budget relief but risk to cause a deterioration of their perceived credit quality, which could impact their access to capital markets. While some experts fear that debt forgiveness may benefit corrupt elites, Paul Frix, the former head of the Belgian cooperation agency AGCD suggests that one of the ways to avert such risk would be to convert debt services into development project finance.