The defeat of the US and their allies in Afghanistan is having consequences in Africa. It is boosting the morale of local jihadists and it has shown America’s allies on the continent that corrupt and unpopular regimes don’t last forever even when they are supported by a superpower.

The American defeat in Kabul is having consequences elsewhere in the world and particularly in Africa, which is another important front of the global jihad. The UN Secretary-General Antonio Guterres is aware about it and worries about an “alarming” expansion of affiliates of the so-called “Islamic State” throughout Africa on the back of the situation in Afghanistan.The Talibans’ victory in Kabul has galvanised African jihadists. On the 10 August, before the fall of Kabul, Iyad Ag Ghali, the leader of the Jamaat Nusrat al-Islam wal Muslimeen (Group of Support of Islam and Moslems), the Sahara branch of Al Qaeda, praised the victory of the Talibans’ Islamic Emirate of Afghanistan. In his preach, Ag Ghali highlighted what he called “the bitter failure” of France’s military operations in the Sahel area. “We are winning,” he said, drawing comparisons between the withdrawal of NATO troops in Afghanistan and France’s decision in June to reduce by half the number of its troops of about 5,100 who participate to the anti-jihadist Barkhane operation in the Sahel and to close three bases in northern Mali, in Kidal, Tessalit and Timbuktu by early 2022. 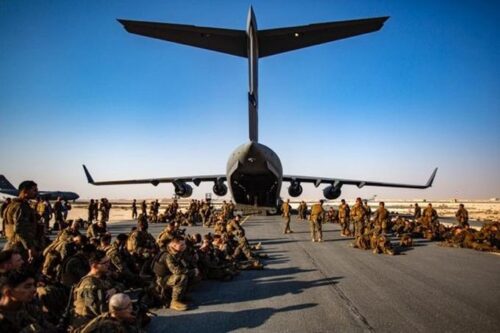 “Should we brace for the same scenario as in Kabul?” asked a headline of the Malian daily Le Soir de Bamako on the last 18 August. The question is relevant. Many observers in Paris, think that soon or later anyhow, the French will pull out from Sahel. The former editor of the Liberation Paris daily, Serge July predicted by mid-August that soon or later, France will have to leave the Sahel while African leaders of the region have started talks with the jihadists in the name of national reconciliation. Moreover, some in Mali  – including the ruling military –  support indeed such kind of dialogue to find a political solution to the conflict.
In some intellectual circles of the region, like in Niamey, prevails an attitude of resignation as if the victory of the jihadists was foretold. It looks like the atmosphere in Saigon before the arrival of the Viet Cong, comments a European expatriate in the capital of Niger.
The feeling is amplified by the fact that “the French presence in the Sahel has not necessarily lead to either a decrease in operational capacity of extremists groups in this region”, says security analyst for Signal Risk in South Africa, Ryan Cummings, in an interview with the German radio Deutsche Welle. 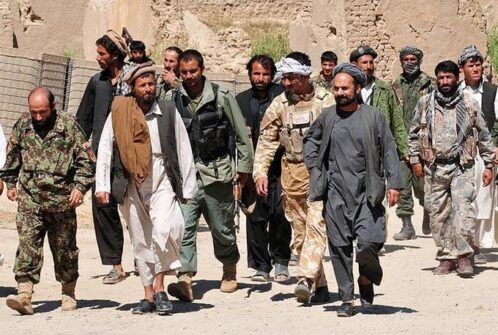 Observers also point out that Mali’s government is weak and has a reputation of being corrupt while its armed forces, who are trained by EU officers are underpaid and poorly motivated, like the defeated Afghan army. “If there’s any lesson to draw, it’s that indefinite military solutions aren’t sustainable,” said Bakary Sambe, director of the Senegal-based to the Voice of America.
In Somalia, media affiliated with Al-Shabab hailed as well the Taliban’s takeover in Afghanistan. Security Experts warn that when international forces will hand over security to the weak Mogadishu government, there could be a repetition of what happened in Afghanistan. Indeed, a withdrawal of African peacekeepers is foreseen by the Somalia Transition Plan approved in April 1991 by the government and the African Union Mission in Somalia, (AMISOM). 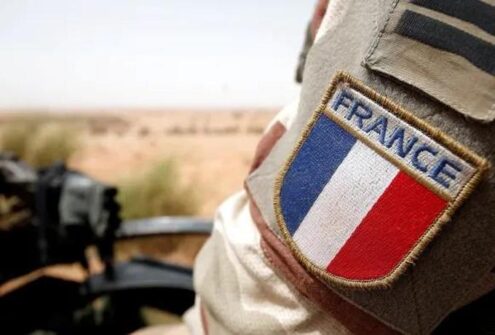 Former Somali intelligence official Abdulsalam Gulaid claims that although Al-Shabab does not have the military power of the Taliban, nothing should really stop them. In August 2021, Al Shabab fighters stormed a military base in central Somalia and recaptured a town it had lost to government troops. And fatalities linked to Al Shabab attacks are projected to rise by 16 % in 2021, according to US Department of Defence sources.
The developments in Afghanistan “can potentially put all of us in Africa and the Sahel at risk,” told the director of the faculty of academic affairs and research at the Kofi Annan International Peacekeeping Training Centre, Kwesi Aning on the Accra-based Citi FM radio.
Optimists however stress that some successes have been scored recently in the war against jihadists in Mozambique. A Rwandan Defence Force-led operation allowed last August the Maputo authorities to reclaim the port of Mocimboa da Praia from the local jihadists who also call themselves Al Shabab but are not formally linked to the Somali group of the same name. In Nigeria, 1,500 Boko Haram activists and relatives surrendered by mid-August while several hundred more did the same in Cameroon. But according to local sources, the move is the consequence of fights between Boko Haram and the Islamic State in the West African Province (ISWAP) rather than decisive victories accomplished by the Nigerian or Cameroonian armies. 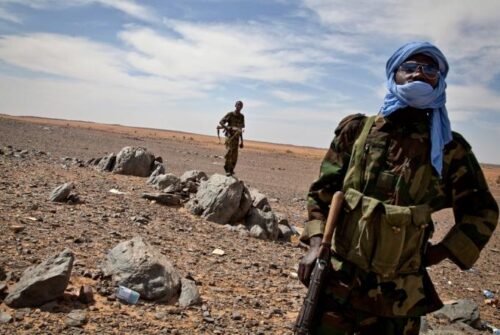 Despite the major defeat it has just suffered in Afghanistan, the US war against the jihadists is not over. Over the last months, the US military have been increasing their air strikes against Al Shabab after some 700 American military personnel were withdrawn from Somalia in early 2021. Despite the withdrawal of the US army from Kabul, the Joe Biden administration claims it has a continued willingness to act against the jihadists worldwide.
“Today, the terrorist threat has metastasised well beyond Afghanistan: Al Shabab in Somalia, Al Qaeda in the Arabian Peninsula, Al Nusra in Syria, ISIS attempting to create a caliphate in Syria and Iraq and establishing affiliates in multiple countries in Africa and Asia. These threats warrant our attention and our resources”, said President Biden
However, it seems that the US have not drawn all conclusions from the Afghan disaster. For instance, in August, they sent 20 Special Forces to assist the Congolese armed forces in their fight in Eastern DRC against the Ugandan-born Allied Democratic Forces (ADF) who claimed allegiance to the Islamic State in 2017.
But the challenge is enormous: since independence, the Congolese army has received assistance from many partners ranging from Belgium, North Korea, China, France and Israel to the US, South Africa, the UN and others. Until now, none of these training teams has succeeded in transforming the rag tag rogue Congolese army into an efficient defence force. Despite the deployment of one of its largest military operations, with over 14,000 blue helmets on the ground the UN have been unable so far to put an end to the activities or armed groups in Congo.