African bishops are aware that, when there is a massive movement of people, the countries that receive these displaced people may feel threatened. All too often the belief is that newcomers compete for scarce resources and this brings immigrants and refugees to be driven away, resented, or despised.

The African bishops pointed out that ordinarily, people do not leave the security of their own land and culture just to seek adventure in a new place or merely to enhance their standard of living. Instead, they migrate because they are desperate and the opportunity for a safe and secure life does not exist in their own land. Immigrants and refugees endure many hardships and often long for the homes they left behind. 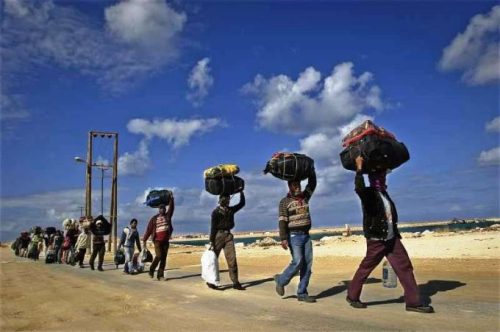 The Bishops of North Africa, in a statement published at the end of the Assembly of CERNA (Bishops’ Conference of the North African Region) which was held in Tangier (Morocco) from 23 to 26 September 2018, wrote: ‘We denounce the trampling of the fundamental rights of migrants… The phenomenon of migration, which is increasing all over the world, remains one of the main causes of the suffering we share in our countries’. The statement continued: ‘Migration calls into question our solidarity with those who suffer and in a broader sense the respect due to every human being, whatever their situation’.
Members of the Episcopal Conferences of Africa and Madagascar (SECAM) met Dec. 6-9 in Abidjan, Ivory Coast, on the theme: ‘The sensitization of Church structures on the challenges of migration and human trafficking in Africa in order to respond appropriately on the basis of theology, to human mobility’.
Church leaders said there was a need to find ways of taking a pastoral approach to the question of illegal migration, which has been hurting the African continent for several decades.
“Migration ought to be recognized not as a new phenomenon, but rather as a natural human response to different crises”, said Bishop Ignace Bessi Dogbo, the President of the Bishops’ Conference of Ivory Coast. 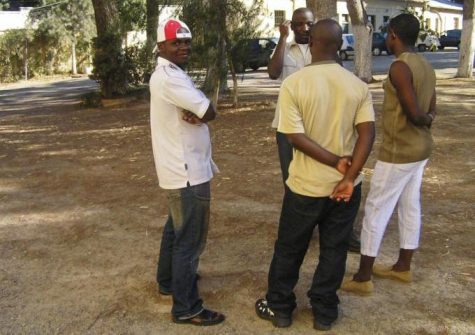 “Migration is a testimony to the innate desire and aspiration of every human being to wellbeing and a better life,” he said. The bishop called on the Church to show solidarity with migrants, refugees and victims of human trafficking.
“The Holy Spirit will help us find an attitude of openness which enables us, in the light of theology and international accords, find pastoral responses to the challenges of migration”, Bessi Dogbo said.
The president of the SECAM working group on migration, Father Mesmin-Prospère Massengo said reducing the risk of migration remains the way to go, and that requires a sharing of experiences. “We would like to be less theoretical. What ought to be done is reduce the risks of illegal migration. We wish to see more collaboration amongst different churches”, he said. 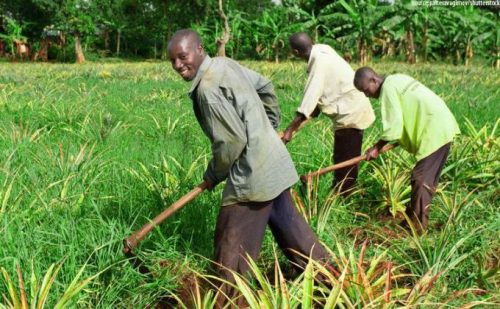 Economic hardship and worsening poverty are at the heart of the problem. Gilbert Houngbo, the president of the UN’s International Fund for Agricultural Development (IFAD), said there is need to invest in young people as a strategy to stop them leaving their homes. He says with 60 percent of Africa’s young people living in rural areas, there is need to make the continent’s rural areas more attractive so the temptation to move away is minimized.
“Investment in sustainable farming is essential for the livelihoods of those in rural communities and for food security but it is not enough to engage the younger generations”, Houngbo said.The Catholic Church in Africa has been taking concrete steps to mitigate the migration crisis. Across the continent, the Church has been taking steps to dissuade young people from leaving their homelands. In Senegal, where thousands of people flee every year in search of a better life, the Church in 2015 developed projects worth $250,000 in the outskirts of Dakar as a strategy towards keeping young people employed. 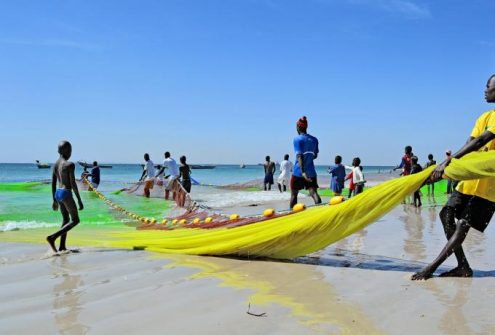 In Ivory Coast, the Bishops’ Conference has a program warning people about the dangers of illegal migration. “The aim is for the parishes, which are places where many young people go, to be also places where they can have access to reliable information on the dangers linked to immigration”, said Father Célestin Ikomba, who works at the conference.
In Nigeria, the bishops have also raised their voices against illegal migration, with one bishop lamenting that the money spent to finance the average illegal journey to Europe – over $1,500 – could instead be used to invest in the country.