On the last 19 November, President Joe Biden created shock and indignation among human rights activists after he signed an executive order to lift sanctions against Burundian officials which were imposed by Barrack Obama in 2015.

During the Obama administration, the State Department said that the late President Pierre Nkurunziza’s pursuit of a third term caused a humanitarian, economic and security crisis, and it had received multiple reports of targeted killings, arbitrary arrests, torture and political oppression. Six years later, Joe Biden justified his decision to repeal the visa ban and assets freeze against eight Burundians including seven officials (and an opposition leader), arguing that the situation had improved in Burundi since the election of Evariste Ndayishimiye as president in May 2020. Biden praised namely “the positive reforms pursued by President Ndayishimiye”. 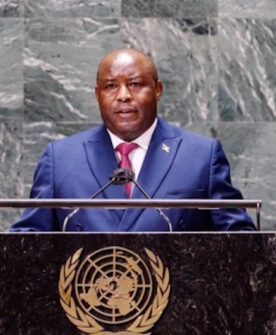 But the nature of the regime is the same, since Ndayishimiye whose election was marred by fraud belongs to Nkurunziza’s CNDD-FDD party. Besides, local and international human rights NGOs claim that facts contradict Joe Biden’s assessment of the situation.
According to the exiled president of the Association of Christians for the Abolition of Torture (ACAT) in Burundi, Armel Niyongere, since Ndayishimiye, took power in June 2020, there has been a continuous regression with many cases of forced disappearances, tortures and assassinations”. ACAT-Burundi counted 695 cases of killings since the beginning of Ndayishimiye’s term. By end November, there were still over 1,000 political prisoners in Burundi.
Such analysis confirms a report published in September 2021 by the U.N. Commission of Inquiry on Burundi which found that in some aspects the situation had even ‘deteriorated’. This report also mentioned that some violations perpetrated by the security services could represent
‘crimes against humanity’. 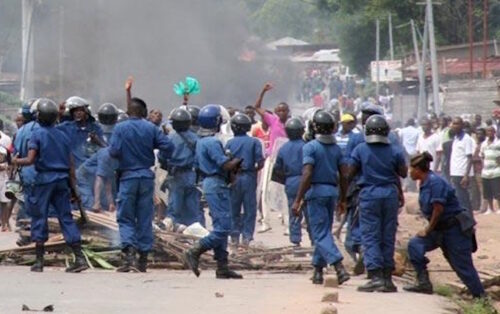 Biden’s decision United States’ attitude towards Burundi is also in contradiction with the European Union’s decision to renew on the last 18 October its own sanctions including a visa ban and a freeze of assets in the EU, targeting a Burundian rebel general and three officials. Those are namely, the Burundian Minister of Interior, Gervais Ndirakobuca, aka ‘Ndakugarica’ (I kill you), the presidential officer, Godefroid Bizimana who ordered disproportionate use of violence against demonstrators in 2015 and national security officer Mathias Joseph Niyonzima, who is accused to have organised the training of the dreaded paramilitary Imbonerakure militias of the ruling party, which are among the main perpetrators of human rights violations in Burundi.
Yet, the reconciliation between the US and Burundi, did not come entirely as a surprise. Indeed, after a meeting between the American ambassador in Bujumbura, Melanie Higgins and President Ndayishimiye, on the 21 June 2021, a press communiqué from the Burundian presidency announced that the US were planning to lift the sanctions against several Burundian officials and to resume their support to the Burundian peacekeeping troops in Somalia.
The difference between the attitude of the US and of the EU is largely owed to the involvement of the former US Special Envoy for the Great Lakes between the 29 October 2018 and the 1st March 2020, the Vietnamese American diplomat J. Peter Pham. He could also rely on the advocacy from US evangelical churches and from America’s religious right. One of the most enthusiastic supporters of the late President Peter Nkurunziza who passed away thon the 8 June 2020 was the Republican Senator of Oklahoma and chairman of the Senate’s Armed Services Committee, James Inhofe who joined sessions of Nkurunziza’s crusade prayer group in Burundi. 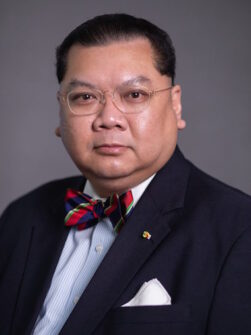 When he chaired the African Centre of the Atlantic Council think tank, Peter Pham invited on several occasions the former Foreign Minister Alain Nyamitwe and his brother, Willy Nyamitwe, who was the special advisor of President Nkurunziza. Even after his mandate of Special Envoy for the Great Lakes, Pham, who has been Special Envoy for the Sahel Region (between the 1st March 2020 and the 20 January 2021) expressed on many occasions, his support to the Burundian regime. On the 1st July 2020, he rushed to Bujumbura in order to attend the military parade of the Independence Day in the company of President Ndayishimiye and of Prime Minister Alain-Guillaume Bunyoni, despite the fact that the latter was still on the US sanctions list.
Beyond religions links between the late Burundian President and some American politicians, the reconciliation between Washington and Bujumbura coincides with the US interest for the supply of critical rare earths elements. In a global context where according to the United States Geological Survey, China represented last year 58.3% of the production of rare earths elements worldwide while hosting36.6% of the global reserves, the United States only produced 15.8% of the world total and hosted less than 2% of the world reserves.
In such context, Burundi appears as a strategic actor. It is the only African producer of rare earths and the holder of the license of the main deposits of Gakara, Rainbow Rare Earths, whose chairman is the Cypriot businessman Adonis Pouroulis, claims to produce one of the highest-grade concentrates in the world. According to the company, its reserves amount to 1.2 million tonnes of concentrates. 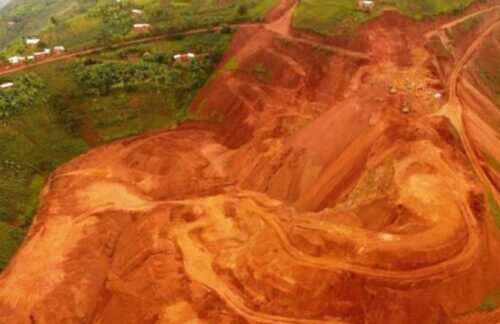 As a remarkable coincidence, on the 17 May 2021, Rainbow Rare Earths appointed Peter Pham as non-executive director. His role in the reconciliation between Washington and Bujumbura was hailed by Pouroulis who praised Pham as “the architect of efforts to reform and rebuild US relations with Burundi”.
The company seems to have attracted interest in Washington for quite some time. Before Pham joined the board, another American was already among its members: Shawn Mc Cormick the former director for African Affairs at the National Security Council under Bill Clinton
For Rainbow Rare Earths, Pham’s appointment came as blessing since the company is facing a difficult period. Indeed, in order to put pressure on mining companies and improve the terms of the mining contracts it signed with them, in the context of a soaring demand for minerals which can be used as batteries for the electric cars, the Burundian government ordered last April, a ban on all mining exports and suspended all mining activities in July.But the appetite for Burundi’s rare earths is not only American. Although it renewed last October its sanctions against Burundian officials, the EU was considering in early December to lift economic sanctions imposed on the country since 2015. 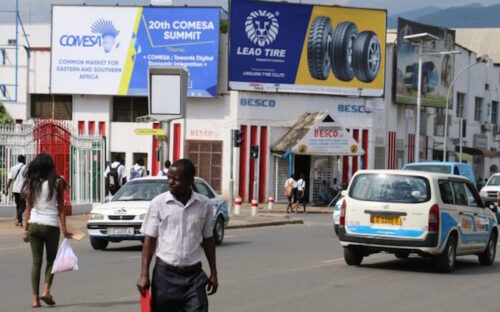 Previously, the EU ambassador to Burundi, Claude Bochu, announced in June that he was working to lift these sanctions adopted until Article 96 of the Cotonou agreement between the African, Caribbean and Pacific States and the EU in the case of violations of human rights and the rule of law. Despite the NGOs’ warning about on-going human rights violations, eurocrats were mentioning as well “positive developments” initiated by President Ndayishimiye “in terms of good governance, rule of law and human rights.”
If the EU economic sanctions are lifted, there is no doubt that Rainbow Rare Earths’ main client, ThyssenKrupp Metallurgical Products of Germany which signed an off-take agreement to buy 5,000 tonnes of rare earth concentrate would be delighted.