The period of Dutch colonization made the country one of the main crossroads of both the slave trade and the migration of labour to be employed in plantations and mines, leaving as a legacy the multi-ethnicity dictated by the mixing of cultures, languages, and religions.

This, however, has had little effect on the divisions between the various ethnic groups which, in fact, can still be found today. Among the most represented ethnic groups, there is that of the descendants of immigrants who came from Asia, hired by the Dutch at the end of the nineteenth century, but also that of the Afro-Surinamese. The Hindus represent the largest ethnic group with 148,443 inhabitants, then there are the Cimarron with 117,567 inhabitants, the Afro-Surinamese with 88,856 inhabitants, the Javanese (coming from the island of Java, an ancient possession of the Dutch East Indies) with 73,975 inhabitants, the mixed ethnic group with 72,340 inhabitants and finally the indigenous with 20,344 inhabitants, including the Maho community. Due to their presence, Suriname joined the United Nations Declaration on the Rights of Indigenous Peoples (UNDRIP), pledging to recognize the right of these peoples who traditionally occupy those territories. 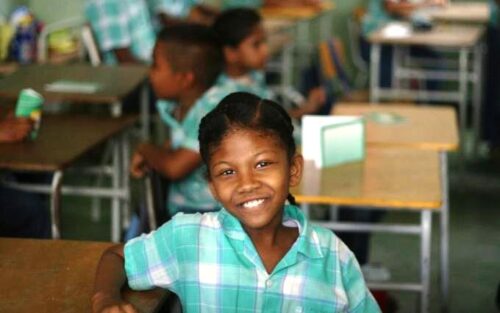 As regards the Afro-Surinamese it is good to point out that the ethnic group is divided into two sub-groups: Creoles and the Maroons-Bushinengue. The latter, whose name indicates the numerous clans of descendants of slaves of African origin, are divided in turn into six tribes, concentrated mainly in the easternmost part of the country: Ndyuka (Aukan), Saramaccani, Paramaccani, Kwinti, Aluku (Boni), and Matawai. In the country, there is also a group composed of descendants of Lebanese traders and another of descendants of Sephardic Jews, as well as descendants of European colonizers who amount to about 1% of the population. To these groups, we must add the new generation of immigrants who have arrived in recent decades from China, Brazil, Cuba, and Haiti. Its varied ethnic composition makes Suriname also a multilingual country and, in addition to the local language the Sranan Tongo, Dutch is spoken which has, since the colonial period, been the official language, together with Hindi, Javanese and Sarmacha.
Although Dutch is the official language, it is spoken only by a minority of people while Sranan Tongo is recognized as a lingua franca as well as being the most widespread locally. However, despite its widespread use and although it has an official grammar, only very few people are able to read or write it. The different ethnic groups also have their own native languages. Hindus speak Sarnami, which is a local variation of Hindi spoken by their ancestors, and the Javanese speak Bangsah Jawa whose linguistic structure is very similar to the language spoken in Java. While indigenous tribes have managed to pass on and preserve their original linguistic heritage, today they are losing it as younger generations are less inclined to its conservation. There are also the Cimarron tribes with their native languages and the Chinese and Brazilian migrant communities who respectively contributed to the spread of their languages. The largest number of indigenous and Cimarron tribes are concentrated in the remote interior of Suriname, where they mainly live in villages along the country’s major rivers. Both ethnic groups are made up of different tribes. Hindus and Javanese are also historically concentrated in some specific areas of the country, namely in the districts of Saramacca and Nickerie. 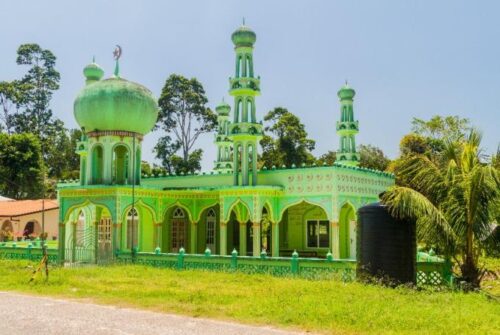 This variegated social composition has had an impact, as anticipated, also on the religious factor. This has meant that multi-religion has become one of the characteristic aspects of the country where, within this mosaic, Christians represent the largest component with 40% of whom 21% are Roman Catholics, 11.18% are Evangelicals, 11.16% are Moravian, 0.7% are Reformed, 0.5% are Lutheran, and 3.2% belonging to other strands. Hindus come next with 19.9% of which 18% are Sanatan Dharm, 3.1% Arya Dewaker and 1.2% belong to other variants of Hinduism. Muslims amount to 13% and are divided into Sunnis 3.9%, Ahmadiyya 2.6%, and 7.3% to other strands of Islam. Then there is a 10% of the population that follows mixed cults such as Jehovah’s Witnesses, Agama Jawa, Judaism, Winti, etc.
The country’s multi-ethnic character has also had a completely positive influence in the musical field, in which a lively soul and jazz scene was born with European, African, North American, and Asian influences. Surinam! a compilation released in 2012 by a Dutch record company, Kindred Spirits, had great success in this area, including the best dance and funk productions released in Suriname between the seventies and eighties. (F.R.)