John Campbell, a Senior fellow for Africa Policy Studies at the Council on Foreign Relations, recently wrote a book on Nigeria (“Nigeria and the Nation-State – Rethinking diplomacy with the postcolonial world”). A career diplomat, Campbell has written a work that is well worth reading and briefly examines the historical, political, and cultural roots of the actual situation of Nigeria.

The main thesis of this book is that Nigeria is not a nation-state as we are used to see within the international community. According to Campbell and some scholars, Nigeria is an ensemble of authorities that coexist within the formal borders of the state, like islands in an archipelago. During his tenures as a diplomatic in the country and his travels there, he noted that there were “structures of authority that often commanded deeper loyalty than the government of Nigeria and its capital, Abuja. Tribe tended to be more important than national identification. 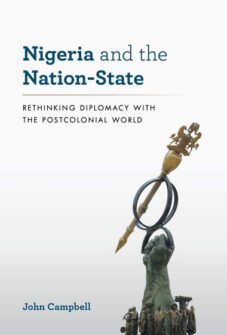 Traditional rulers and institutions, whose power was based on custom rather than on statute of European model, exercised informal or extra-legal power. Hundreds of traditional rulers in Nigeria, among them the Sultan of Sokoto, the Shehu of Bornu, the Oba of Benin, and the Ooni of Ife, appeared to exercise authority parallel to that of the formal state and in some cases nearly its equal [page X].” According to the author, the “most powerful islands” are actually Abuja, the so called “Lagos-Ibadan corridor”, Port Harcourt in the oil rich Niger Delta and some other capitals of the states of the federation. He applies to Nigeria an idea elaborated by the US National Intelligence Council in 2005 to describe the “governed space in African countries” in general. 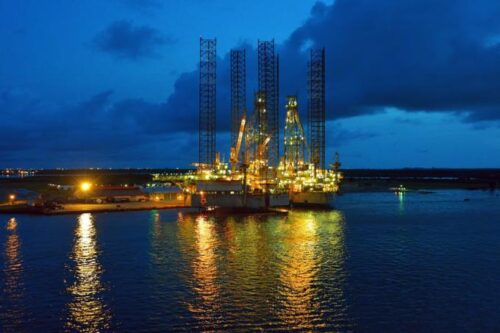 Oil rig in the yards. Apapa, Port of Lagos, Nigeria.

The second characteristic is that this archipelago is based on a prebendal-type power system. That is to say, the elites have access to the government revenue (in Nigeria, it is revenue generated by oil) and can share it both with their patrons and with their clients “not because of their services to the state, but because they are entitled to do so [page XII].” This relation is not exclusive to the elite, but it is expanded throughout society. In the eyes of Nigerian leadership, the country is not a failed state “because it successfully distributes national oil wealth to the national elite; this is what it [is] supposed to do. For most Nigerians, the state provides little, and they in turn have little loyalty to it. Alienation from the state is a common theme among the insurrections that are undermining the state [page 8].”

Three crises
This situation, according to Campbell, is the main consequence of British colonial rule in this territory. British officials aggregated different entities in a single territory that morphed into Nigeria “to maintain an “acceptable” level of security by balancing ethnic and regional groups. Divide and conquer was central to British colonial policy in Nigeria and elsewhere, though within a context of law and regulation. It was a policy whose explicit goal was to prevent indigenous people from forming common bonds […] [page 71].” The British did little to develop a Nigerian national identity and basically abandoned it when it was not useful anymore. “The British […] abruptly brought Nigeria to independence – not because of the strength of local agitation or in response to the overwhelming demands of a powerful national independence movement but because Britain had lost confidence in the entire colonial enterprise and determined to withdraw from many parts of the world as fast as possible [page 37].” And Nigerian leadership also did little to develop a Nigerian national identity since independence. Therefore, “most Nigerians primarily identify with and are loyal to their family, religion, and ethnic group [page 94].” 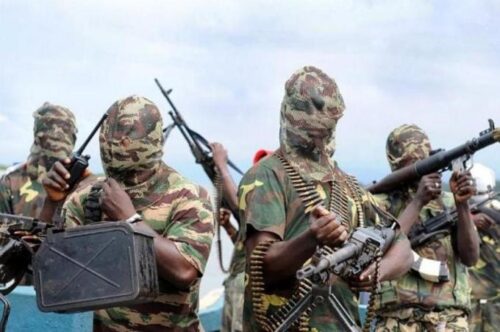 Due to several factors this process of identification with family, religion and ethnic group is getting worse, and the islands of power are starting to withhold cooperation. According to Campbell, there are three concurrent security crises that endanger the survival of Nigeria. In the North East, jihadist groups are challenging government control of the territory. In the central part of the country (the Middle Belt) a plurality of ethnic conflicts is fuelled by the growth of the population and environmental degradation. In the South, autonomist movements inspired by the Biafra secession and armed groups of various origins could put at risk the oil industry, the main source of revenue for the government. These three crises must also be considered in a context of lower international oil prices, a pandemic outbreak and a deep social and economic transformation of Nigeria due to rapid and unmanaged urbanization.

A dangerous strategy
Campbell wrote this book to change the US perception of Nigeria and to influence the US foreign policy in general and the relations between Washington and Abuja in particular. Therefore, he exposes in detail several proposals for the US Administration and the Department of State to deal with the Nigerian crises that were elaborated according to the dynamics of the US apparatus. Since they are focused on the American reality, these proposals are specific and can be judged correctly by people that have a deep knowledge of American politics. But Campbell’s multidimensional analysis of Nigeria is useful also to non-Americans, who share an interest in Nigerian issues. 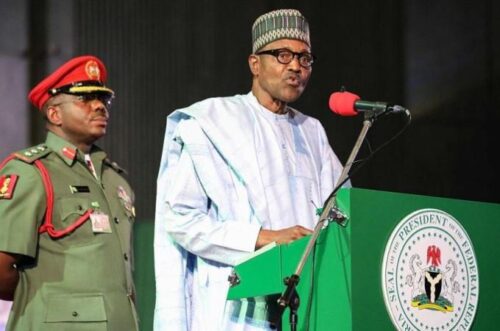 Nevertheless, it is legitimate to have doubts concerning one of these proposals. Campbell’s fundamental suggestion to US leadership is to change its strategy with Nigeria, shifting from an exclusive relation with the federal government to a relation with all the different centres of power. “The accelerating decentralization of political power in Nigeria suggests that US engagement, too, should include state, local, and traditional centres of power. Abuja is likely to view with suspicion closer US ties with the states, whom it will feel it cannot control, but such concerns should not derail a new approach; instead, efforts should be made to allay these suspicions through yet-to-be cultivated relationships and spearheaded by a US ambassador with a strong relationship to Aso Villa [the official residence of the President of Nigeria] [page 199].”
But this strategy is potentially dangerous for Nigeria, at least to an external observer. Campbell states that “Washington should support the unity of Nigeria, even if it is loose, or even chaotic. The alternative, a breakup of Nigeria into ethnically denominated politics, would be a humanitarian disaster, almost certainly involving the United States in ways difficult to foresee [page 195].” 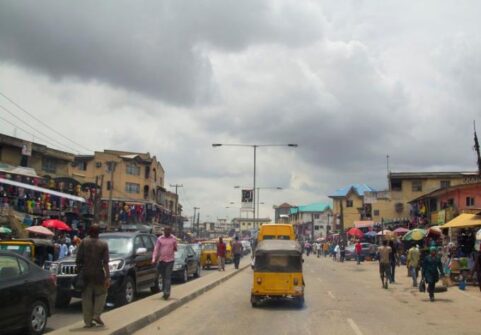 People in the street in the city view of Lagos, the largest city in Nigeria (Photo: Jordi Clave Garsot/123RF.COM

But the proposed strategy goes in the opposite way. Dealing directly with traditional and local powerbrokers will likely further weaken Nigerian institutions. Traditional rulers will be emboldened by their direct relations with Washington and will ignore or resist Abuja. And the US could be tempted to by-pass the Federal Government to pursue their political goals with the help of traditional or local players. In the medium to long term, this could result in a further fragmentation of Nigeria.
At this moment, as previously seen, there are centrifugal forces that are pushing Nigeria into disintegration. Adding another force could be fatal, even if in the long term. With all its problems, strengthening the Federal Government must be put in first place by foreign governments when planning a strategy towards Nigeria.