El Salvador is one of the smallest countries in size of Central America, given that its area is 21.041Km².

Despite its small size, the country has a high population density concentrated in urban areas. It borders Guatemala and Honduras and is the only one of the Mesoamerican states to face the Pacific Ocean. It has a predominantly mountainous territory that includes numerous volcanoes, six of which are still active, and is located in an area of contact between tectonic plates that cause frequent eruptions and earthquakes which, as if this were not enough, are extremely influential on the already precarious economic and humanitarian conditions of the country. In this regard, just think of the earthquakes that occurred in January and February of 2001 that, in addition to causing 1,200 deaths and over 8,500 wounded, left extensive damage to the infrastructure and to the houses, destroying over 50,000 homes. These natural phenomena facilitated the growing migratory phenomenon towards the United States, already favored by the civil war that for years had brought the country to its knees. In fact, more than 1.5 million Salvadorans live in the US, a number that equates to almost 20% of the entire population resident in El Salvador which has about 6.378 million inhabitants. 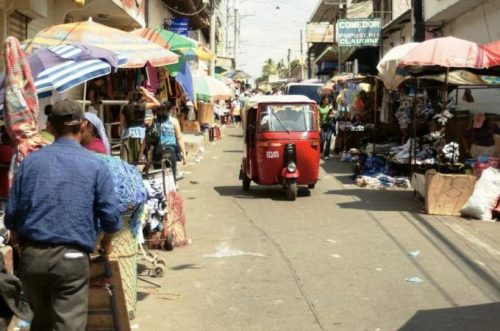 From an administrative point of view the country is divided into 14 departments and the one that includes the capital, San Salvador, has a population of about 2 million inhabitants. The demographic composition of the population is very young and from the ethnic point of view 88% is composed of mestizos; 9% is European and Creole; the Amerindian minority corresponds to 2%, and the rest is made up of populations of other types. The degree of literacy of the population is very low and this, together with the high level of corruption, diminishes the effectiveness of public administration and political institutions. The most serious problem affecting Salvador, however, remains the high crime rate which makes it one of the most violent countries in the world. 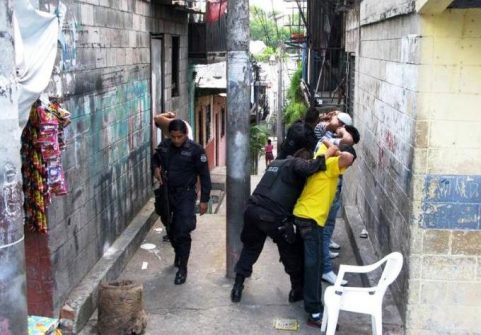 Since 2015 there has been an incredible surge in the homicide rate, at least 9 per day; corruption is now a widespread phenomenon and many areas of the country are in the hands of local gangs against which the police and the government have launched a campaign of harsh repression.There is no doubt that the situation facing the country today is a direct consequence of both the historical condition and the implications deriving from the geographical position. The latter, in particular, in addition to locating it on tectonic faults, places the country in an area of great geostrategic value, as Central America is, always at the center of the great disputes that have affected the American continent since the sixteenth century, when colonization by the major European powers began. Above all the region is dominated by the proximity and the economic-strategic interests of the major world power – the United States – and those of the various oligarchies that have never allowed the definition of territories for institutional comparison. This has contributed to the transformation of these countries into instruments of control and domination by external actors. 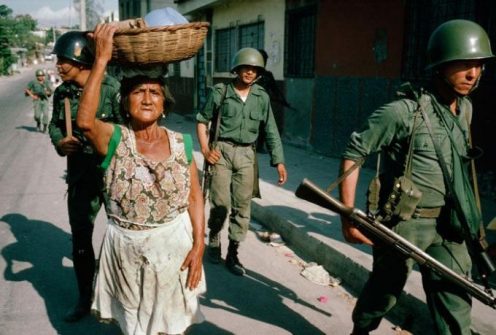 In particular, the United States, on the basis of the Monroe Doctrine (‘America to the Americans’) and of the so-called ‘Rooseveltian-Corollary’, considered it their right and duty to intervene in the internal affairs of the Central and South American countries, for reasons of national security. This situation has also strongly influenced historical processes. Proof of this is the fact that for much of the 1900s, from the 30s to the 80s, the army kept its power firmly in place, preventing any form of organization by the other subordinate classes. The repressive policies of strict control have been a constant throughout the central phase of the twentieth century, to the point of generating a radical response in the 70s that led to the development of armed struggle movements of different aspirations (communist, christian-social and revolutionary socialist), who then united later under the name of Frente Farabundo Martí para la Liberacìon Nacional (FMLN). 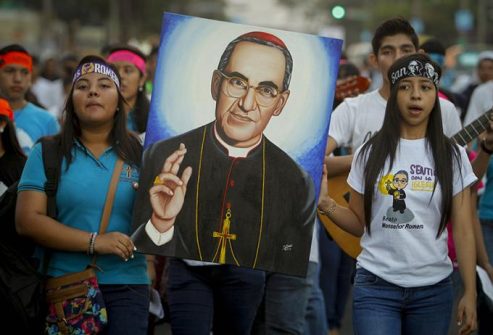 The peak of instability was reached in the 1980s with the murder of Archbishop Óscar Arnulfo Romero, who had always been at the forefront in denouncing military violence, which took place during Mass in the chapel of the Divine Providence hospital.
The civil war saw the open involvement of the United States, both military and economic, in favor of the governments in charge, in a period of the Cold War in which Washington took a firm position against all the guerrillas in their own hemisphere.
In the 90s, also due to the new balances that were being defined on a global scale, the tense situation in the country began to subside and the two camps dreew up an effective process of national reconciliation that led them to the peace of 1992 which sanctioned the end of civil war. The FMLN agreed to disarm and the army accepted the role of playing subordinate actor to the civil government.
Following the national reconciliation between the two forces in Salvador, a bipartisan system developed, with the conservative and liberalist ARENA (Alianza Republicana Nacionalista) on the right, and the FMLN on the left. The latter, after the conflict, abandoned Marxist positions to convert into a progressive force. The two parties have since led the country, alternating in the holding of power. However, despite having guaranteed peace and political stability, they failed to provide effective and long-term answers, useful for responding to the real needs of the country. This led, in the last presidential consultations, to Nayb Bukele’s victory, declaring himself an anti-system candidate. These situations, in fact, together with the rampant clientelism, the negative economic growth rate and the uncontrolled crime, generated discontent and a widespread climate of mistrust towards the political class, and transformed into both a protest vote and a very high abstention rate. (F.R.)